Mikel Arteta believes Pierre-Emerick Aubameyang does not need to win titles with Arsenal to be considered a world-class striker.

The Gunners head coach pointed to Tottenham’s Harry Kane as a prime example of a player who has enjoyed very little trophy success but is heralded as one of the very best.

Sky Sports pundit Gary Neville sparked debate during Monday Night Football when he claimed Aubameyang is largely not considered to be “world class” despite his impressive goalscoring feats.

Since joining Arsenal in the January transfer window of 2018, Aubameyang has hit 49 Premier League goals, level with Liverpool’s Mohamed Salah and eclipsing all other competition.

But, while Salah enjoyed Champions League glory last year and is part of a Liverpool team strolling to the Premier League title, Aubameyang’s trophy cabinet since his arrival at the Emirates Stadium remains bare. 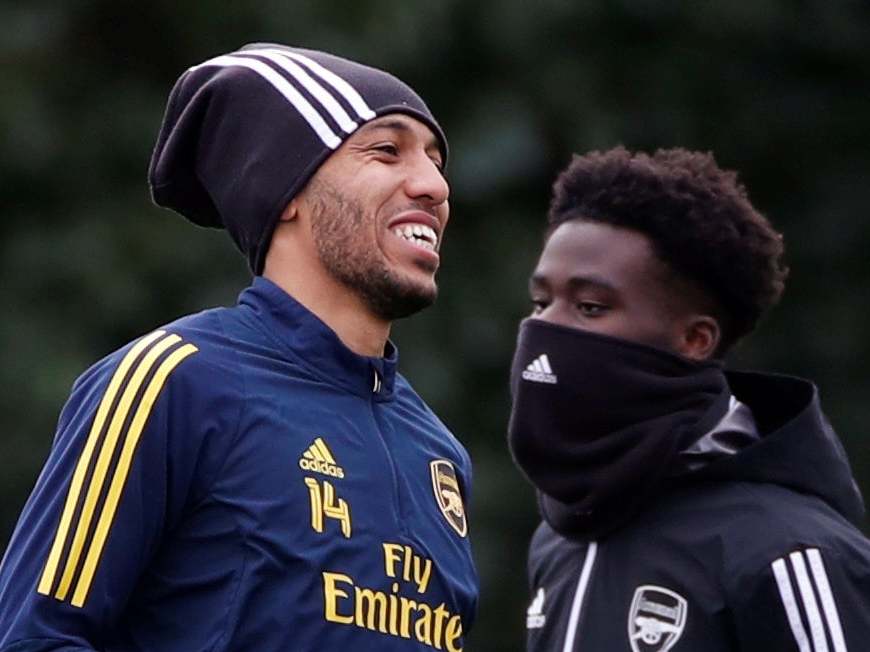 Arteta, though, does not feel that should go against his captain and highlighted Kane – often considered one of the best forwards around – and his own lack of success with Spurs as his example.

“I think they do talk but obviously with top players who are playing at clubs that are winning constantly, there is more impact on that,” he said when asked why Aubameyang was sometimes not listed with the current top strikers.

“But we all know how good Auba is. It is remarkable what he is doing and how consistent he has been over the years to do it, which is very very difficult to do.

“Harry Kane has scored 30 goals and never won the Premier League – there are a lot of good examples of players that do phenomenally, but unfortunately there are a lot of top teams in this country and only one wins the league so you can’t have everything in life.

Aubameyang’s achievements in the Premier League are borne out by the fact he has scored more goals than Sergio Aguero since he arrived in north London.

Arteta worked with Aguero at Manchester City and, while he refused to draw comparisons between the pair, he insists both are similarly impressive.

“I wouldn’t like to compare but what I can say with Auba is that he’s right there with the best of the scorers in this league,” he added.

“In the last 10 years if you look at his record and what he’s done in the game it’s phenomenal. In my opinion he’s up there with the best.”

Tags: Mikel Arteta, Pierre-Emerick A
You may also like
Latest Posts