Piers Morgan led the anger from Arsenal fans on social media after the Gunners were dumped out of the Europa League semi-finals by Villarreal on Thursday night – calling for manager Mikel Arteta to be sacked.

Arsenal were dismal it the Emirates as they limped out of the competition, with former boss Unai Emery getting his revenge over his former employers by masterminding a 2-1 win on aggregate after a 0-0 draw on the night.

Fans were quick to take slam Mikel Arteta’s side online, with many questioning whether the Spanish manager deserves to stay at the helm. 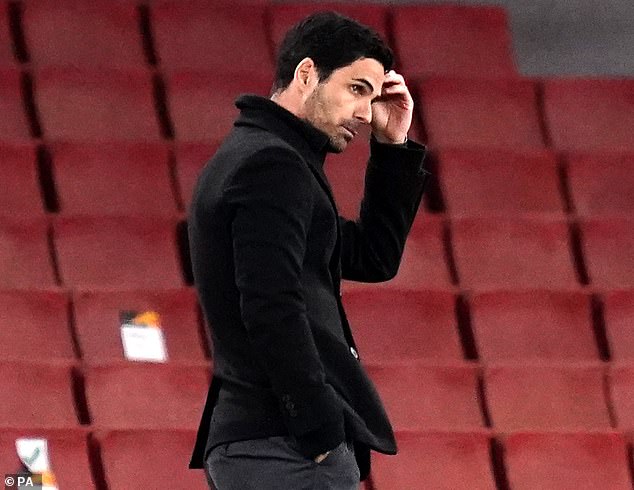 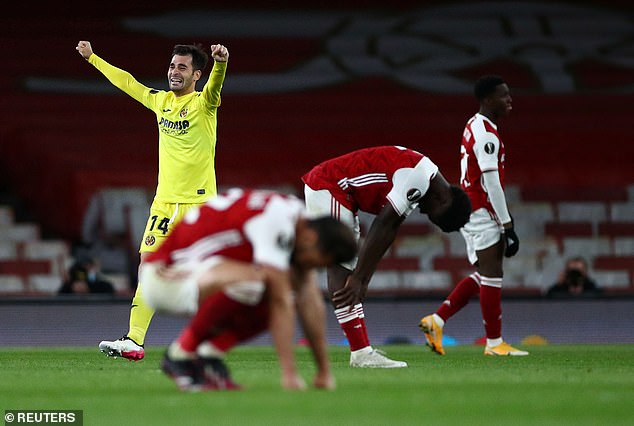 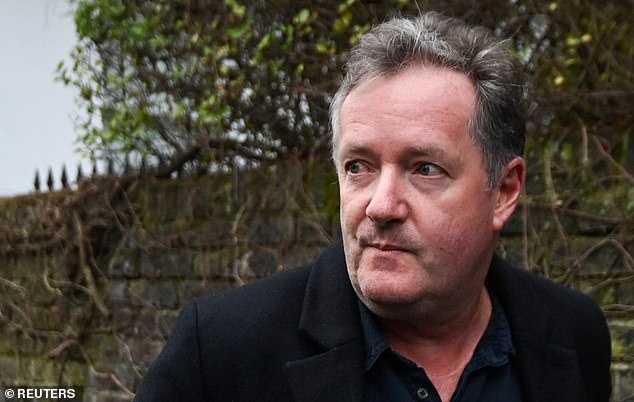 Piers Morgan led the anger from supporters, calling for the Spaniard to be sacked

Arsenal will be without European football for the first time in 25 years after their disappointing exit, piling pressure on the Spanish boss.

A fuming Morgan led the reaction from supporters on Twitter, writing: ‘Why does Mikel Arteta deserve to continue as manager?

‘This season has been a total disaster, we’re playing dreadful football, and we just got kicked out of Europe by the guy he replaced. Humiliating.’

Another fan added: ‘Today is the best time to sack Arteta. Give the next manager enough time to play competitive matches before the pre-season.

‘Arteta won the FA Cup – to everyone’s surprise – & the Community shield. But one thing is clear as daylight: he is not ready to manage a club like Arsenal.’ 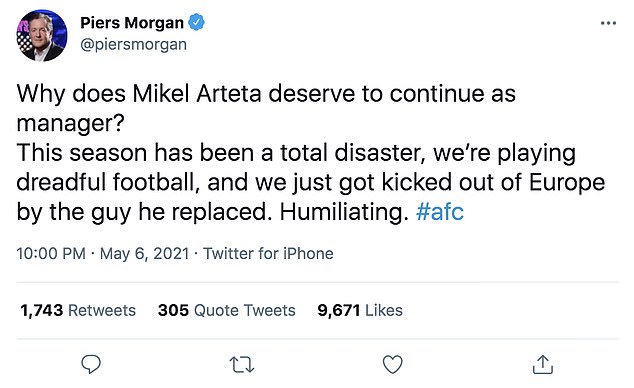 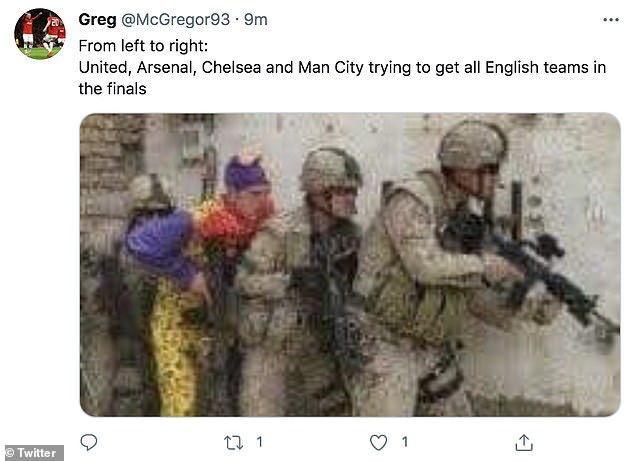 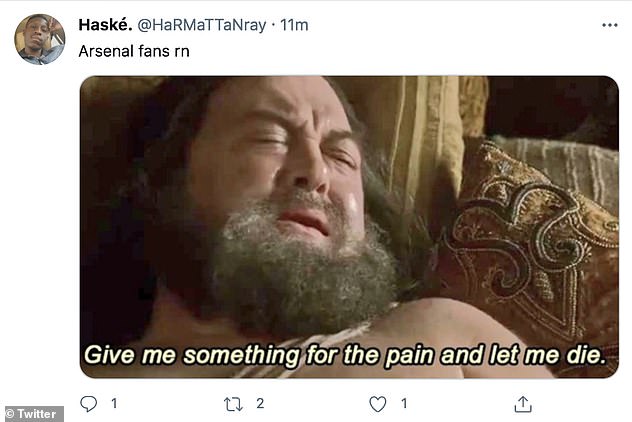 While one supporter said: ‘Arsenal under Mikel Arteta have failed to score in 10 home games this season. TEN HOME GAMES. If that doesn’t scare you, nothing ever will.’

Others took to social media to mock Arsenal, with one Twitter user writing:  ‘There’s light at the end of every tunnel… but with Arsenal, its still darkness.’

While others used a series of memes to ridicule the North London club following their European downfall.

According to The Sun, eyewitnesses claim the ‘Emirates was briefly put on lockdown after the game as officials feared fan protests were getting out of hand’. 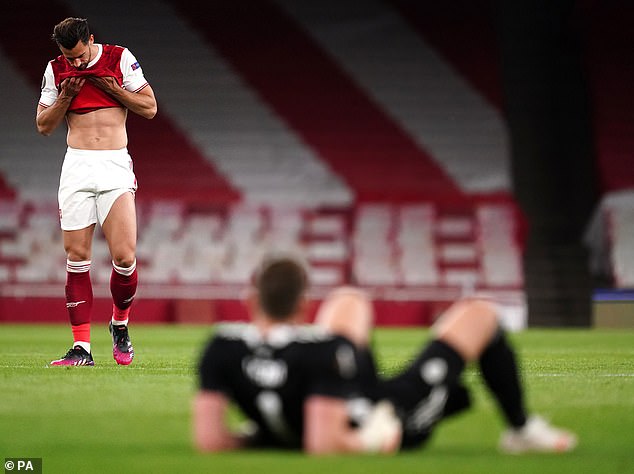 TalkSPORT presenter Alex Crook explained how both the the media and the players were held inside the car park as supporters ‘screamed at the team coach’.

Arsenal’s result also ruined the hope of two European finals featuring all Premier League teams, with Manchester City and Chelsea set to face each other in the Champions League final.

Meanwhile, Manchester United managed to see off Roma in the other Europa League semi-final, with Ole Gunnar Solskjaer’s men set to lock horns with Villarreal in Poland next month.