PLAYER RATINGS: Donny van de Beek fails to impress after being handed his first start on Manchester United’s pre-season tour… but Leon Bailey showed what he’s capable of with a fine goal

Manchester United were pegged back by a last-gasp Calum Chambers header as Aston Villa fought back to deny Erik ten Hag a winning end to their pre-season tour of Thailand and Australia.

Jadon Sancho volleyed home his third goal of the tour at the end of a fine team move to open the scoring in a first half that ended with Marcus Rashford’s strike deflecting in off Matty Cash.

However, Leon Bailey pulled one back with a superb solo goal shortly after his half-time introduction and Chambers’ headed home his corner with the last touch of the night as David De Gea was caught in no-man’s land.

Sportsmail have rounded how each player performed during the pre-season friendly in Perth on Saturday afternoon. 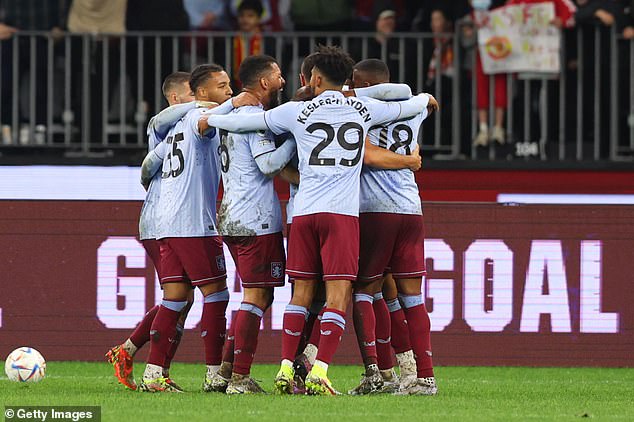 The Manchester United goalkeeper had little to do in the first but could be relied upon when needed. He was then beaten by Bailey and should have done better on the equaliser. 5

Another solid performance from the Portuguese defender. He started the attacked that resulted in Jadon Sancho’s opening goal. 7

The Manchester United captain was subject to some booing again but he seemed to be undeterred and even created several chances for United. He also made a crucial intercept to deny Aston Villa. 7 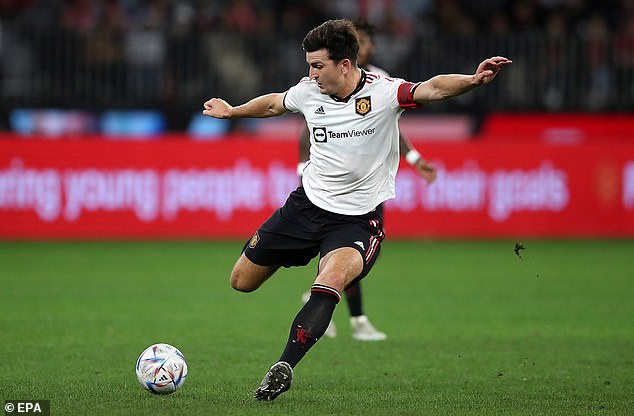 Promising performance in the first half but then fell to pieces in the second. He allowed Bailey to pass him and get a shot off for the first Villa goal. 6

The England defender made his mark on the game – constantly threatening down the let-hand-side before providing a wonderful assist. However, he was positioned too high when Bailey broke for Villa’s first. 6

Another good performance from Fred. It was his pass that lead to Matty Cash’s own goal. Although, he must be careful defending in the box after almost giving a penalty away in the opening 3 minutes. 7

Donny van de Beek was eager to prove his worth as Ten Hag handed him his first start of the pre-season tour but he was hardly involved in the game at all. Erik ten Hag was even heard shouting at the former Ajax player from the sideline. 5 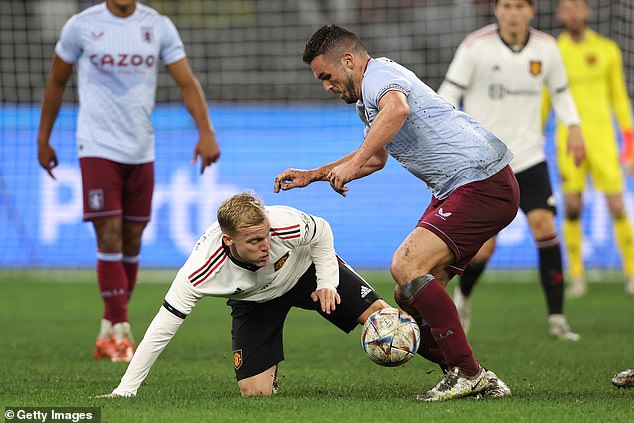 The Portuguese midfielder played an important role in United’s first goal and looked threatening whenever he picked the ball up on the left in the first half. However, it wasn’t his strongest performance of the tour. 6

Another excellent performance from the England international. He scored the opening goal with a volley at the back post and continued to threaten. 8

Marcus Rashford has rediscovered his best form under Ten Hag and played a role in both of United’s first-half goals. 7

The Frenchman has been working extremely well with the Manchester United forwards but couldn’t get on the scoresheet this time around. 7 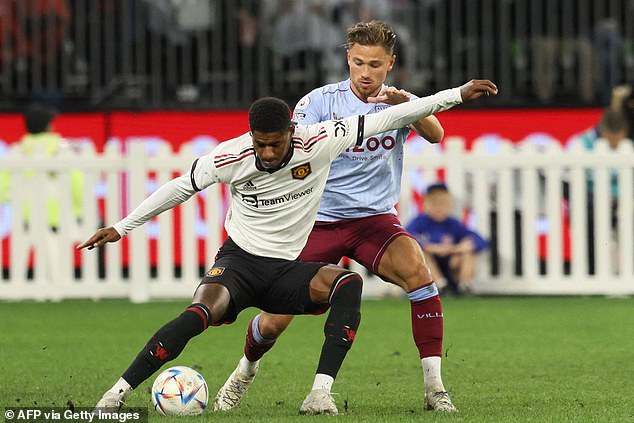 Made life difficult for De Gea. 5

Came on and got awarded a yellow card. Also lost the aerial battle with Calum Chambers. 5

Fitness appears to be an issue. He was easy outrun by Bailey. 5

Didn’t have enough time to make a real impact on the game. 6

Made his first appearance on tour but there was little to report on. 6 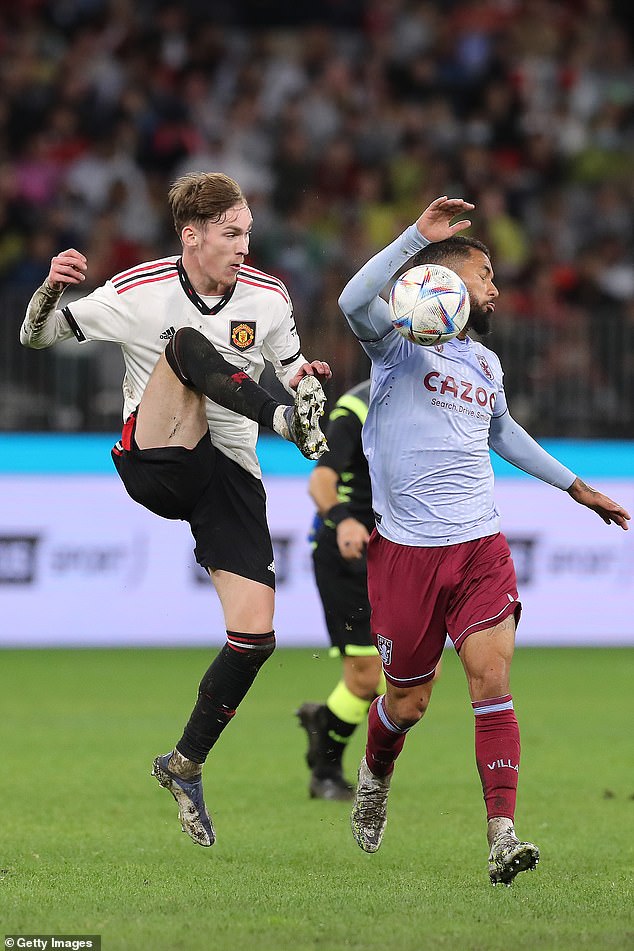 Played in midfield and didn’t look too much like a deer in the headlights. 5

Worked hard and made his self available to his team-mates. 6

Was good in transition. Something United were lacking in the second half. 5

Constantly active – always looking to be available for find his next pass. 6

Made some impressive saves – denying Harry Maguire from point-blank range. However, he was replaced at half-time. 6

Not a great game for Cash. Luke Shaw took advantage of him down the left and he turned in an own goal.  5 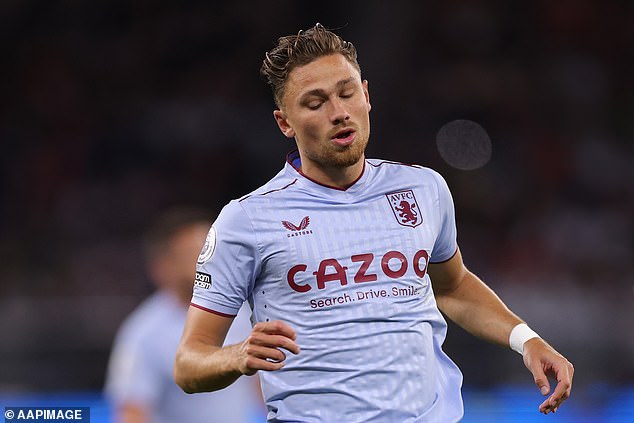 Not a great game for Matty Cash. Luke Shaw took advantage of him down the left and he turned in an own goal

Took a while to settle into the game but played a few penetrating passes Digne and held his own against Marcus Rashford.  5

Was awarded the captain’s armband for the game but he was almost caught out by Fernandes’ cross into the box. 6

His passing and crossing was below par today. It is usually something he prides himself off.  5

Made a couple of important blocks in the first half of the game and even broke past a couple of Manchester United defenders on occasion.  7

Struggled to contain Manchester United midfielder Bruno Fernandes as he kept drifting over to get on the ball. 5

Launched some threatening attacks for Aston Villa but found his crosses being mopped by David de Gea.  7

Frustrating first half for Coutinho as Fred had him in his pocket. Coutinho even tried to appeal for a penalty early on. 5 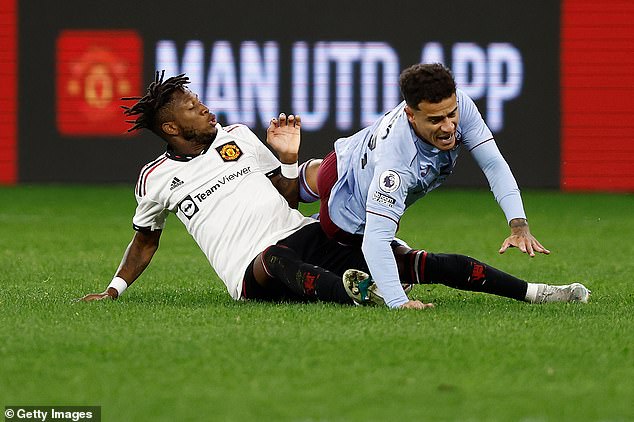 Frustrating first half for Philippe Coutinho as Fred had him in his pocket. Coutinho even tried to appeal for a penalty early on

Didn’t see much of the ball in the first half as Manchester United dominated possession. He was also dispossessed too easily. 5

Didn’t see much of the ball either and ultimately replaced at the break by Steven Gerrard. 5

Saved Aston Villa from conceding another own goal in the second half.  6

Almost scored an own goal but also blocked Chong’s shot with just five minutes to go. 5

Was impressive for Aston Villa – made an impact as soon as he got on and clawed back some possession for Villa. 7

Scored an impressive solo goal and continued to threaten the United defence. 8 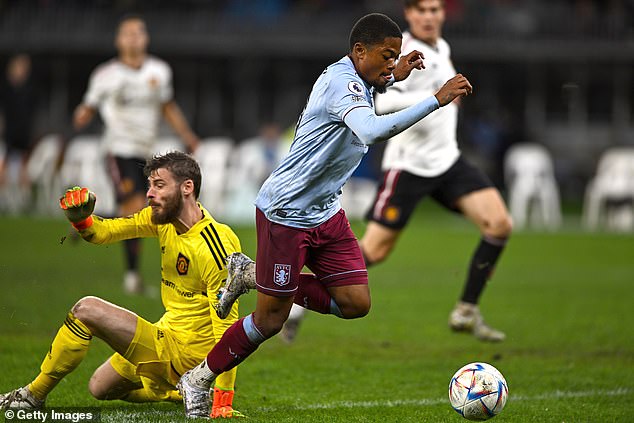 Scored the equaliser to see Steven Gerrard’s side win the game 2-2. 7

Took over the captaincy from McGinn after Gerrard made several changes in the second half. 6

Sat deep in Villa’s midfield and tried to dictate play in the second half. 6

Unleashed a shot on goal from close range but failed to find the back of the net. 6

Held up the ball well but failed to get on the end of the crosses that were being fired into the box.  5

Made light work of bypassing Varane and Telles to launch a counter attack. 6