PLAYER RATINGS: Thiago Alcantara ran the show and Mo Salah was back to his best in dominant Liverpool display, but Bruno Fernandes and Diogo Dalot were poor in abject Man United display

Liverpool moved to 76 points from 32 games with title rivals Manchester City on 74 points from one game fewer, with Pep Guardiola’s side hosting Brighton and Hove Albion at the Etihad on Wednesday night. 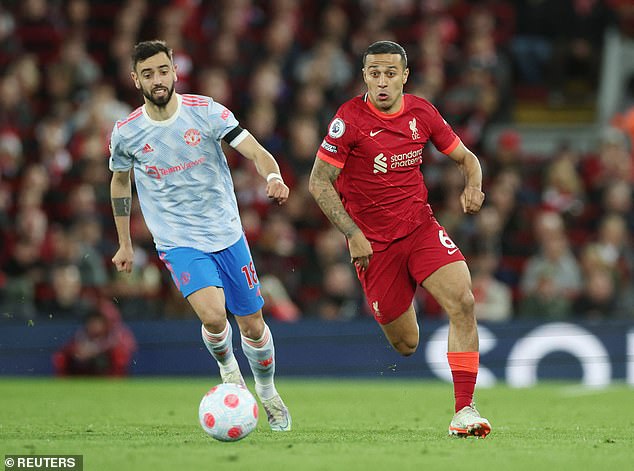 Alisson Becker – Set the tone for the night when hoodwinking Fernandes with a back heel in the third minute – 7.5

Trent Alexander-Arnold – Outstanding once again, he’s been playing like a Player of the Year contender for four months – 8

Joel Matip – In cruise control from the word go, passes always found the target and got his foot in at all the right moments – 7

Virgil Van Dijk – Got out of second gear once or twice, most of his efforts were focused on pushing his team up the pitch – 7.5

Andrew Robertson – Busy and industrious as always, provided the pace and belligerence on the left you have come to expect – 7 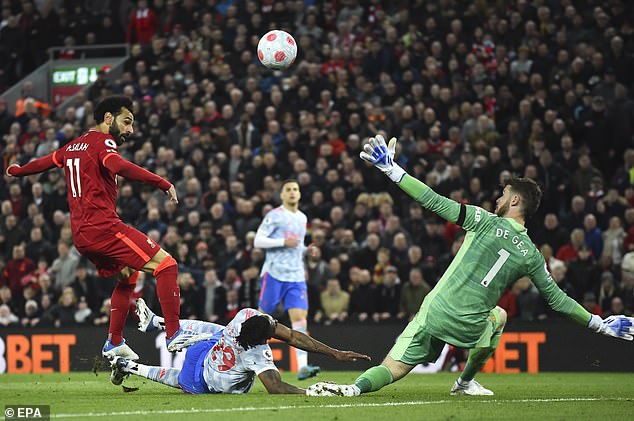 Jordan Henderson – The captain enjoyed this game and never let anyone’s standards drop, as he ran miles to preserve the advantage – 7.5

Fabinho – When he plays well, Liverpool play well and he dwarfed the United midfielders who tried to contain him – 8

Mohamed Salah – The lull in form is over thanks to an assist and two goals; the second was beautifully dispatched – 8.5

Sadio Mane – What a wonderful footballer he is, his goal provided the gloss, his assist for Salah was glorious – 8.5

Luis Diaz – If Liverpool win the league, the moment this jet-heeled Colombian arrived on Merseyside will be seen as key. Superb again – 8.5 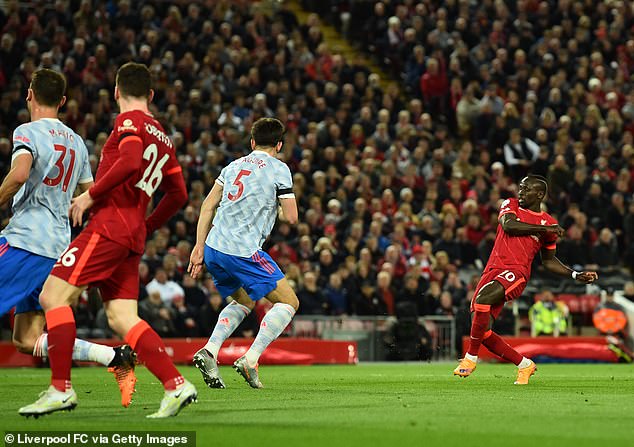 Jurgen Klopp – Spent most of the night with his arms behind his back relaxed or up in the air celebrating. His team are in the groove – 8

Victor Lindelof – He can take solace that he won’t have to face Luis Diaz anytime soon but he’ll probably be seeing him in sleep after this – 4.5

Phil Jones – On a hiding to nothing in what was just his third start of the season, substituted at half-time – 5

Aaron Wan-Bissaka – Supposed to provide cover for Lindelof but did nothing of the sort; ended up at left-back – 4 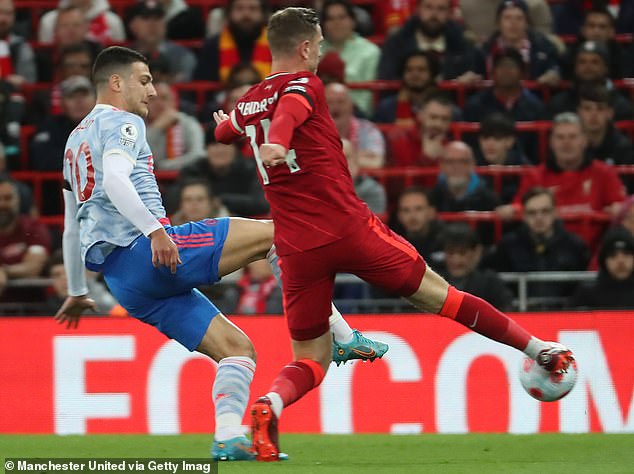 Paul Pogba – One over-hit pass before he was substituted, appearing to hold his left thigh – 3

Diogo Dalot – Barely found a team-mate when he was in possession, barely kept tabs with Salah when he was defending – 4

Bruno Fernandes – The wisdom of playing him 24 hours after his involvement in a car crash must be questioned; barely involved – 4

Marcus Rashford – Tried to play on Matip’s shoulder but got little service; when he did, his touch was poor – 5

Anthony Elanga – Utterly thankless task for the teenager, who got no service and was never given any hope by Liverpool’s defence – 5.5 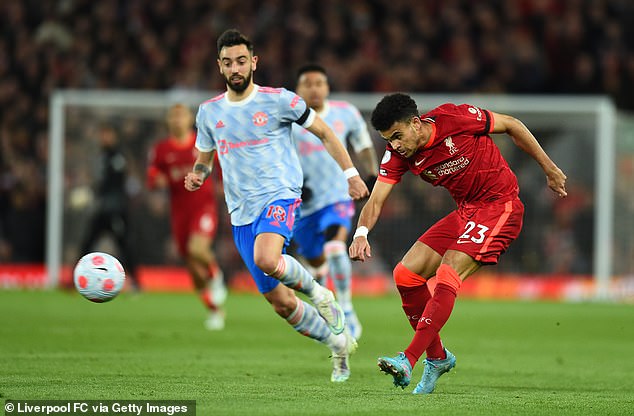 M Atkinson – Nothing contentious for the official to deal with, one of the easiest big games he will ever oversee – 6