Chelsea boss Graham Potter is reportedly keen to explore the idea of recalling Callum Hudson-Odoi from his loan spell at Bayer Leverkusen. That decision could spell the end for two Blues stars who were heavily linked with exits during the summer as Potter continues to assess his new squad.

A Champions League draw against Red Bull Salzburg gave Chelsea’s new boss just 90 minutes to evaluate the group of star-studded players now at his disposal. Potter oversaw a behind-closed-doors friendly win over former club Brighton a few days later, during which he gave a host of peripheral players the chance to impress.

Naturally, Hudson-Odoi wasn’t present for either match after joining Leverkusen on a season-long loan during the summer. The winger wanted to get guaranteed game time and the struggling German outfit could certainly use some of his magic at present as they languish towards the bottom of the Bundesliga table.

Despite the fact Hudson-Odoi is gaining valuable experience in one of Europe’s ‘big five’ leagues, reports from Germany indicate that Potter is weighing up whether to cancel the youngster’s loan spell in January. 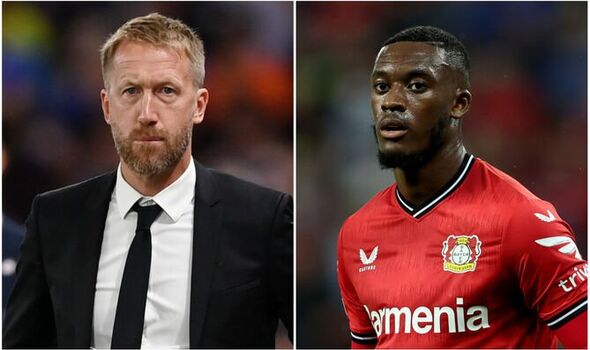 The terms of the contract would allow Chelsea to take that approach, although it remains to be seen how Hudson-Odoi would feel about the prospect of a fresh fight for minutes at Stamford Bridge. One would have to assume that, if Potter is keen to take such drastic action, the winger would be set for a prominent role in his first-team plans.

That is likely to trigger two Chelsea exits in the January transfer window with Hakim Ziyech and Christian Pulisic struggling to make their mark. The former was strongly linked to Ajax during the summer but the deal’s fine details couldn’t be thrashed out and he remains a fringe figure in west London.

Pulisic, meanwhile, was mentioned in relation to a swap deal with Manchester United for centre-back Harry Maguire, but also ended up staying put when the Blues’ approach was knocked back. Even with the aforementioned duo gone, Potter would still have plenty of options with Kai Havertz, Raheem Sterling, Mason Mount and Hudson-Odoi all able to play out wide.

There is also the possibility of Potter venturing into the transfer market for a winger in January with Todd Boehly and co’s vast financial might behind him. Axed boss Thomas Tuchel was backed with over £250million before receiving his marching orders days after the deadline and Potter should also be handed some cash to splash, given that Chelsea supposedly see him as the orchestrator of their long-term project. 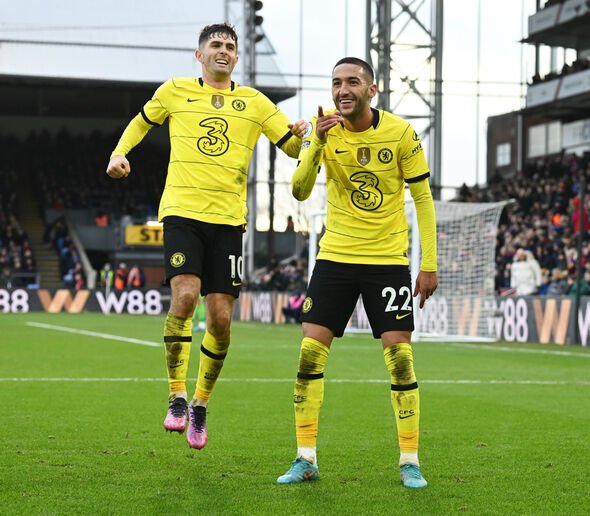 It remains to be seen which sporting director will work alongside Potter after the unsuccessful pursuit of RB Salzburg transfer chief Christoph Freund. Chelsea had reportedly agreed a contract with the Austrian but his employers prevented the switch from going ahead.

The Blues could do a number on Leverkusen by recalling Hudson-Odoi and pinching their sporting director Tim Steidten, who is reportedly under consideration now that Freund is out of the running. Leeds’ Victor Orta and Paris Saint-Germain’s Luis Campos have also been mentioned in relation to the vacancy.