Premier League clubs ‘could back an “ANYONE BUT NEWCASTLE” policy in the January transfer window’, says an industry expert – with clubs worried about the Saudis’ impact on the game and refusing to sell to them in the hope they are relegated

Bitter Premier League clubs are preparing to enforce an ‘Anyone But Newcastle’ policy in the January transfer window, meaning they will refuse to sell or loan players to the newly-rich Magpies in the hope they get relegated.

There has been serious opposition to Newcastle’s recent Saudi-led £305m takeover within the top fight and last month clubs even voted through new rules preventing the new owners from landing lucrative commercial deals.

The takeover has been met with enormous scrutiny because of Saudi Arabia’s poor human rights record and the sheer wealth of the nation’s Public Investment Fund – which owns 80 per cent of Newcastle. 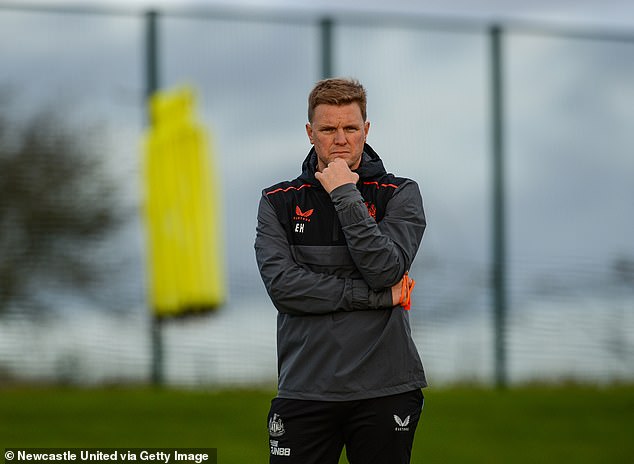 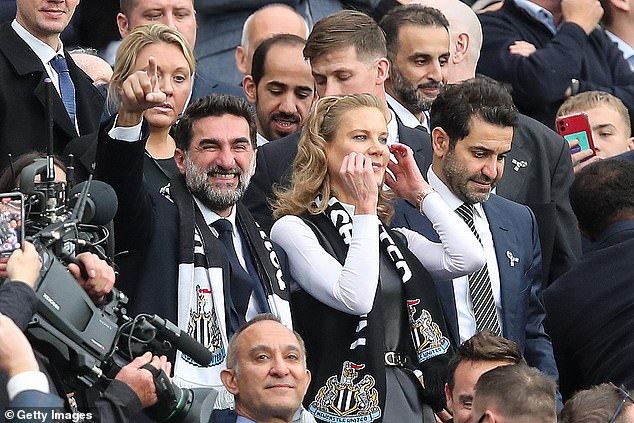 The Magpies are expected to make huge moves in the January window as they try to build a squad that can successfully avoid Premier League relegation.

Eddie Howe was confirmed as Newcastle’s new manager on Monday but the side he has inherited have not won a league game this season and are languishing in 19th in the table.

He is currently preparing for his first game in charge which takes place on November 20 at home to Brentford.

He’s therefore plotting to bring in players with plenty of Premier League experience in January, either on loan or permanent deals but, according to The Telegraph, their domestic rivals will refuse to do business with them.

An ‘industry expert’ explained: ‘Newcastle will find it hard to buy players from some Premier League clubs in January because they would rather see them relegated than take their cash. Some clubs just won’t sell to them.’

There is no doubt that Premier League relegation would severely set back the club’s ambition to become one of the leading clubs in the global game.

Newcastle have been linked with a raft of Premier League players since the takeover was completed, including the likes of Ismaila Sarr, Jesse Lingard, James Tarkowski and Ross Barkley but it looks like they may have to go overseas.

Even their relegation rivals – who boast nowhere near the some financial power as Newcastle – are said to be willing to reject offers from the Magpies amid fears selling could seal their fate.

Meanwhile, it emerged earlier this week that Michael Emenalo is the leading candidate for Newcastle’s Director of Football role.

The new ownership are looking to transform the club’s structure on the footballing side of the business, and are looking into creating the position. 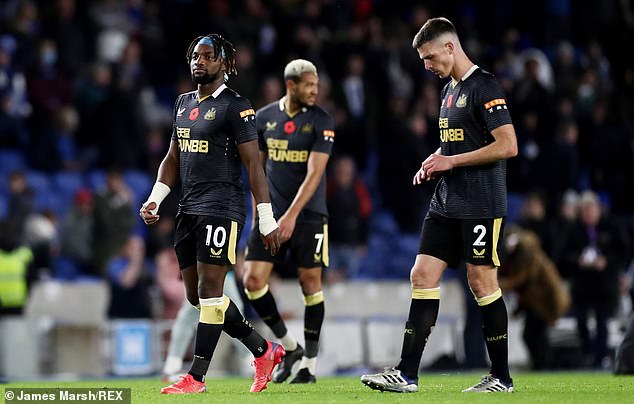 Howe needs to improve his squad, who are 19th in the Premier League table and without a win

Ajax’s Marc Overmars had also been heavily linked with the role, as had Frank McParland who had previously worked with Liverpool and Rangers.

Emenalo built a stellar reputation within the game during his time at Chelsea, and harnessed the club’s ability to create youth academy products to great success.

He was also responsible for bringing in the likes of Kevin De Bruyne and Romelu Luakaku while at Stamford Bridge.

However, The Northern Echo have said Howe is keen to work together again with Liverpool sporting director Michael Edwards.

Edwards’ deal at Anfield runs down in the summer and it has been reported that he has told club chiefs about his decision to step down after several successful years.

As a result, that would allow him to pursue other avenues in the sport, and the looming rebuild at Newcastle may well represent a tempting prospect for him.