The Premier League is not expected to be disrupted this weekend despite the coronavirus epidemic after Boris Johnson confirmed the British government are still only considering banning major sporting events.

It was thought the emergency COBRA meeting held in London today could lead to English football being majorly disrupted.

Reports indicated that with over 500 cases of coronavirus confirmed in the United Kingdom, Premier League fixtures could have to be played behind closed doors for the rest of the season.

But prime minister Johnson says that for the time-being, supporters will still be free to attend matches.

He said: “We are considering the question of banning major public events such as sporting fixtures.

“The scientific advice is that this will have little effect on the spread but there’s also the issue of the burden such events can place on public services.

“We are discussing these issues with colleagues in all parts of the UK and will have more to say shortly about the timing of further action.”

He added on mass gatherings and sporting events: “It is very important we are guided by the science… there is no [medical] evidence [to cancel].

“We are not saying no but it is very important we maximise the benefits of our interventions [by timing it right].”

That stance is despite football leagues across Europe being delayed, with Serie A, Eredivisie and La Liga all postponed, as countries battle against coronavirus.

No English league matches have been postponed this weekend although Leicester manager Brendan Rodgers said three of his players are showing symptoms of the disease. 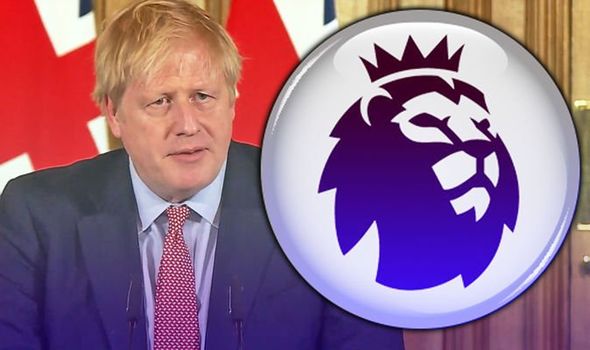 Rodgers said: “We’ve had a few players that have shown symptoms and signs [of coronavirus].

“We’ve followed procedures and [as a precaution] they have been kept away from the squad.”

“All three players were subsequently advised by NHS 111 that their symptoms were consistent with common seasonal illness and that a seven-day period of self-isolation was appropriate as a precaution.

“There was no recommendation that further testing would be necessary. The club is in regular contact with the relevant players, whose symptoms remain mild and self-manageable.”

However, the Foxes will still play this weekend, against Watford on Saturday (12.30pm).

Arsenal have also been affected and their match against Manchester City last night was cancelled.

That was done as a “precautionary measure” on Tuesday after a small number of Arsenal players, and four of the club’s staff, were in close proximity to Olympiakos and Nottingham Forest owner Evangelos Marinakis, who has been confirmed to have contracted the virus.

The Gunners confirmed via a statement that the players and staff were in self-isolation.

The Premier League said of the decision: “Following medical advice, Arsenal FC and Manchester City FC consider it is necessary to postpone their fixture due to be played this evening to give time to fully assess the situation.

“The Premier League has therefore agreed that tonight’s game will be rearranged.

“We understand this will cause inconvenience and cost to fans planning to attend the game but Arsenal, Manchester City and the Premier League have agreed that the short notice of Mr Marinakis’ infection means there is no alternative but to take the time to complete a proper assessment of risk.

“All necessary measures are being taken and the Premier League currently has no plans to postpone any other matches.” 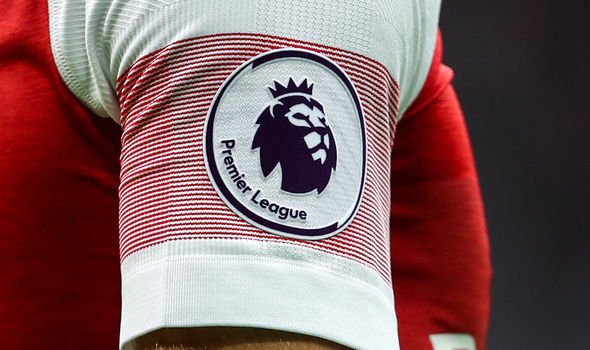 We are considering the question of banning major public events such as sporting fixtures. The scientific advice is that this will have little effect on the spread.

There are nine matches remaining of the 2019-20 Premier League season, with Liverpool two wins away from being confirmed as champions.

The fate of clubs looking to qualify for European football and avoid relegation to the Championship is very much undecided, however.

In Europe, City’s Champions League clash with Real Madrid next Tuesday has been cancelled and will be played at a later, as yet unspecified, date.

That is one of many clashes in UEFA’s two club competitions to be affected, with the continent’s governing body set to sit down on Tuesday.

They confirmed in a statement on Thursday: “In the light of the ongoing developments in the spread of COVID-19 across Europe and the changing analysis of the World Health Organisation, UEFA has today invited representatives of its 55 member associations, together with the boards of the European Club Association and the European Leagues and a representative of FIFPro, to attend meetings by videoconference on Tuesday 17 March to discuss European football’s response to the outbreak.

“Discussions will include all domestic and European competitions, including UEFA EURO 2020.

“Further communication will be made following those meetings.”

The World Health Organisation has dubbed COVID-19 a pandemic with over 130,000 cases confirmed worldwide across 110 countries and nearly 5,000 deaths.

The UK has entered the ‘delay’ phase of their approach to the virus, but PM Johnson said that schools will not be closed despite this being the worst public health crisis of a generation.