Manchester United have caught my eye in the pre-season ramble – but not for positive reasons.

They seem to be vastly overrated by the markets in comparison to Manchester City, Chelsea and Liverpool, who in my view look a level above what United will be bringing to the party under Ole Gunnar Solskjaer, despite some marquee signings. If the title is what the club craves, then I can see underachievement on the horizon.

I want to take Man Utd on at short prices in the early knockings of the season too as many of their key players look a few weeks away from full fitness and it’s unclear whether Raphael Varane will be available. The 8/13 with Sky Bet is easily swerved for a Man Utd win. There will be better short-price options out there for those looking to build an accumulator.

Leeds became reformed characters towards the end of the season, switching their style of play to a more conservative-type pressing game that allowed their defence more protection. In the last 15 games of last season, Leeds only conceded 12 goals – the second-best defensive record in the league for that period.

During that run, they kept clean sheets against Chelsea and Manchester United while only conceding once to both Liverpool and Manchester City. This game should mirror the second meeting between these teams last season that ended 0-0, rather than the madness of the first that Man Utd won 6-2. I think Marcelo Bielsa will be here for a clean sheet and the half-time correct score of 0-0 does look suitably juicy at 5/2 with Sky Bet, with Man Utd likely to be undercooked in the early knockings.

It’s all been very quiet at Burnley. Perhaps too quiet.

Sean Dyche has entered the last year of his contract and a lack of investment over the summer, despite the club boasting new owners, is a plotline that will undoubtedly thicken as the season progresses. However, we’re accustomed to a lack of noise or drama emanating from the corridors at Turf Moor and it’s predicted that Dyche will yet again make Burnley a tough nut to crack at this level, grabbing enough points along the way to keep them above trouble.

A return of supporters should be a particular boost for Dyche’s boys who, if they fail to win here, will equal a club-record 11 home league games without a win, set in 1979. At the prices, I’m happy to invest in the Clarets to end this poor run of form with their crowd back in attendance, with the draw no bet angle at 11/10 with Sky Bet rating as more than fair.

Having the draw on your side as insurance makes sense as both meetings between these two last season were drawn, and eight of the last 11 meetings have ended in stalemate. Brighton are unlikely to seriously change their results output with no real star addition to their forward line. I’m expecting more of the same from them this season under Graham Potter. Easy on the eye but tame in front of goal.

An odds-on favourite taking on a lowly-ranked team rolling the dice with a new management appointment – these aren’t the types of matches that get my punting juices flowing. I will be watching on closely though to see how Crystal Palace go about their business under Patrick Vieira, who never lost as a player against Chelsea in 10 meetings in the Premier League. He’ll need to get them expertly organised against the European champions. Thomas Tuchel’s boys will be in stranglehold mode with the ball for this one and play with their usual control once in front.

Like last season, this has led me to think a low-scoring Chelsea win is the smartest type of play in such a fixture, with Sky Bet offering 10/11 for Chelsea to win and under 3.5 goals in the match – a bet that would have landed in Chelsea home games against similarly-ranked opposition like Everton, Burnley, Newcastle and Fulham last season.

Opposing goals strikes me as the profitable play in this one. If Dominic Calvert-Lewin is ruled out as expected with a toe injury and Richarlison isn’t quite ready to start following his exertions with Brazil at the Olympics, then it’s hard to foresee who is going to take the chances for Everton. Calvert-Lewin and Richarlison were responsible for over half of their entire goal output last season. Southampton have lost one of the best finishers in the division in Danny Ings, too. It could be a long afternoon.

I can’t imagine that confidence will be flowing in either camp for the season opener. Ralph Hasenhuttl has talked about a change of style amid his desire to shore up his leaky defence, which is never a good sign from a manager who revolves his normal demands around highly-energetic and entertaining football. Meanwhile, Rafa Benitez will be hunting a clean sheet in typical Benitez fashion on his first outing as Everton boss.

I’ve backed downward-trending Southampton for relegation this season. A low-scoring home win gets my vote here.

Business as usual is expected for Brendan Rodgers and his likeable Leicester team this season and even though a visit from Bruno Lage’s Wolves comes with the unknowns about it, three points should be firmly on the menu for the home side.

Leicester have spent 567 days in the top four over the last two seasons, including the most days of any team last season. I expect them to be pushing Manchester United all the way for that fourth spot again this season.

One player that should hit the ground running is Harvey Barnes, who looked in electric form in Leicester’s Community Shield victory over Manchester City last weekend. Barnes had to watch the final three months of last season from the stands after suffering a knee injury but didn’t show any long-term issues in his 70 minutes at Wembley, where he cut inside off the left in dangerous fashion and was unlucky not to generate a higher-than-expected goal figure with his three shots on goal. He looks an interesting proposition to open the scoring this weekend.

Since Xisco Munoz was appointed in February, Watford won 18 of 26 their Championship games, taking more points than any other Championship side (57) in that period as they relentlessly grabbed the second automatic promotion spot. It was a season built on a strong rearguard, the best defence in the Championship last season, conceding just 30 goals. This will be a big step for Munoz though. Rarely do promoted teams that play defensive football flourish under such an inexperienced boss and he must know he’s probably only six games away from the sack at any point this season.

Saying that, Dean Smith is probably under similar pressure to deliver results after the club reinvested the money generated from the Jack Grealish sale. A frontline of Ollie Watkins, Danny Ings, Emiliano Buendia and Leon Bailey is an exciting prospect. However, such upheaval rarely has an instant impact and Villa look like a team to me that will steadily improve as the season wears on. I’m on the fence here.

A new season means everyone starts afresh but it’s hard to ignore Liverpool’s strong finish to the last campaign. Jurgen Klopp’s men went unbeaten in their final 10 Premier League games last season, erasing any thoughts of a period of regression in the Klopp era. With Virgil van Dijk back, all is set up for the Reds to renew their title credentials and engage in a potentially explosive battle at the top with Manchester City and Chelsea. I’m sure many will be placing Liverpool in their accumulators – and rightly so this weekend. A fast start is expected at Carrow Road. 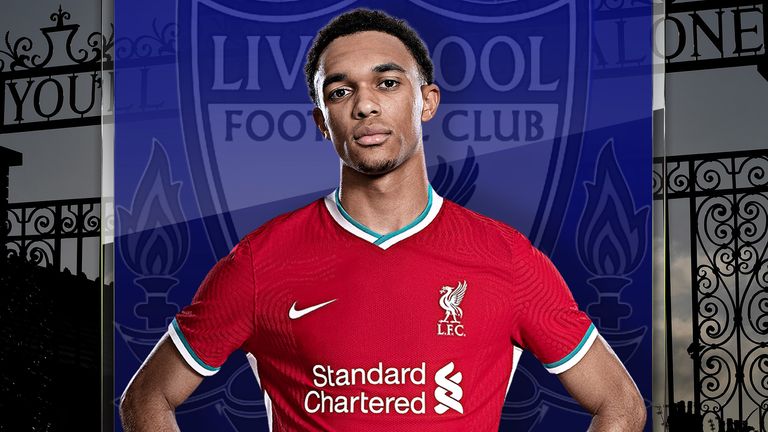 My eyes are always drawn to Trent Alexander-Arnold in the player shots market when Liverpool play a team where they will dominate the ball and get their full-backs high into attacking areas. In fixtures against Sheffield United, West Brom, Burnley and Newcastle last season, Alexander-Arnold averaged 2.8 shots per 90 minutes, showing he isn’t afraid to have long-distance efforts on goal.

When factoring in that average against the current odds available of 7/2 with Sky Bet for him to register three shots or more on goal, it certainly resembles an interesting value play.

BETTING ANGLE: Trent Alexander-Arnold to have three or more shots on goal (7/2 with Sky Bet)

The return of home fans inside stadiums will be billed for the majority as a huge positive. Maybe not so for these two teams though.

St James’ Park is one the great amphitheatres but while Mike Ashley remains in charge, it also has the potential and threat to become a hindrance for the team if things aren’t going swimmingly on the pitch. And for a club that have not taken 45 points over a course of the season for seven years, chances of unrest look high especially if Steve Bruce slips back to his negative ways.

That may take a few months to kick in, though, and with Allan Saint-Maximin in their side, they can threaten any team in the Premier League, especially one like West Ham who are a tad short of pace through the middle of their defence.

The flying Frenchman caused havoc as the Toon did the double over the Hammers last season and similar is expected on Super Sunday. Playing through the middle alongside Callum Wilson should see his goalscoring and shot stats improve this campaign and my thinking is prices like 9/1 for him to score first won’t be around in a few weeks if he keeps getting into those dangerous central areas. I fancy him to score in a home win.

Predicting football matches is a hard enough job at the best of times but in the first few weeks of the season after a major tournament, it really becomes a little silly. How many of Manchester City’s England contingent are fully fit for action? Will Harry Kane make a surprise return to the fold against the team that reportedly want to break the bank for him? It’s all a bit of a mess. I’ll play safe in terms of an outright prediction and follow the away win but without much confidence.

A betting angle to consider will be the amount of opportunities falling the way of the Manchester City centre-backs this season. With Jack Grealish in the side, the foul count is going to go through the roof when you consider just how much territory City enjoy in matches. Pep Guardiola’s team aren’t afraid of going direct from dead-ball situations so John Stones and Ruben Dias could be value plays to consider in the shots and goal markets in the next few weeks with Grealish on the pitch. As Dias is the bigger price here, I’ll back him, making it an absolute stone-cold certainty that Stones will find the net.

How did Jones Knows do?