Sydney FC have put the finishing touches to a new-look squad for next season with the signature of former English Premier League winger Joe Lolley.

A fan favourite at newly promoted Nottingham Forest, Lolley is the latest in an influx of foreign faces for the Sky Blues’ first A-League Men campaign at the rebuilt Allianz Stadium.

The 29-year-old played an instrumental role in Forest’s return to the Premier League after a 23-year absence, as they finished fourth in the Championship and beat Huddersfield Town – one of Lolley’s former teams – in the play-offs at Wembley earlier this year.

But he was told he could find a new club in pre-season, opening the door for Sydney FC to swoop on a player who, on paper, has the potential to dominate the A-League given his age and pedigree.

Lolley has over 230 games of experience in England’s top two tiers and two seasons ago was crowned Forest’s player of the year.

“I’m extremely excited to be joining Sydney FC and to be coming to play in this amazing new stadium in the heart of Sydney,” said Lolley, who was also key in Huddersfield’s promotion to the Premier League in 2017. 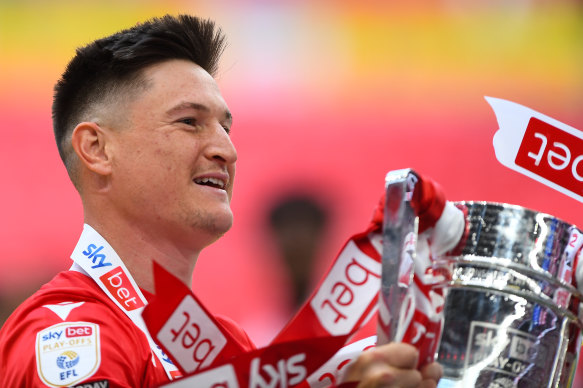 Joe Lolley helped Nottingham Forest get to the Premier League but was then shown the door – now he’s signed for Sydney FC.Credit:Getty

“I know there’s a lot of expectation to win every season, which is a great challenge, and they’ve got a fantastic plan in place to do that – which really attracted me to make the move. I really appreciate the intent shown by the club in bringing me to Sydney.

“The club expects to win and I’m looking forward to getting on the pitch with the lads ahead of the season starting in around eight weeks.”

Lolley’s signing follows that of 73-time Slovakian international Robert Mak, fresh from winning the Hungarian title with Ferencváros, ex-Western Sydney Wanderers star Jack Rodwell, who has crossed town and will likely be refashioned into a centre-back, and Spanish left-back Diego Caballo.

They should all give the Sky Blues hope for a swift return to title contention, having missed the A-League finals last season for the first time since 2015-16 after their worst campaign in a decade. 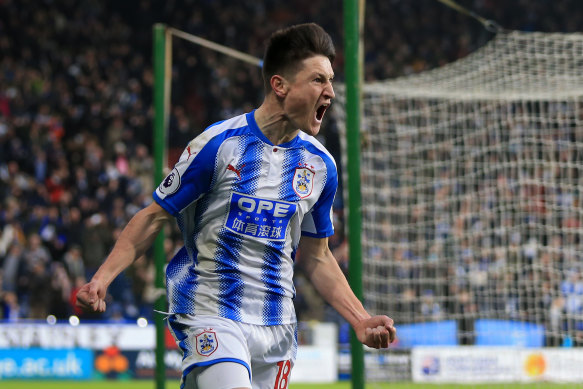 Joe Lolley joins an influx of fresh foreign faces at the Sky Blues this season.Credit:Getty

The five-time champions missed out on their primary transfer targets, with ex-Liverpool reject Lazar Markovic deciding to move to Turkey instead of taking up a lucrative designated player contract with Sydney, while fringe Socceroos attackers Brandon Borrello (Wanderers) and Ben Halloran (Adelaide) both rejected the club’s advances to sign on less money elsewhere, according to well-placed sources.

The defection of Milos Ninkovic to Western Sydney was another sour point during the off-season but coach Steve Corica, who defied growing fan discontent to sign a two-year contract extension earlier this year, is happy with the way his squad has come together, and particularly pleased with the recruitment of Lolley.

“Joe’s got proven quality at a high level in England. He is the type of player we were targeting and we had to be patient to secure him,” he said.

“He brings a goal threat with his ability to cut inside and can also pick a pass. He’s got great energy, an amazing ability to carry the ball and works hard for the team.

“Fans love him because he gives his all and I know he was hugely popular at Nottingham Forest so I’m sure he will be here.”