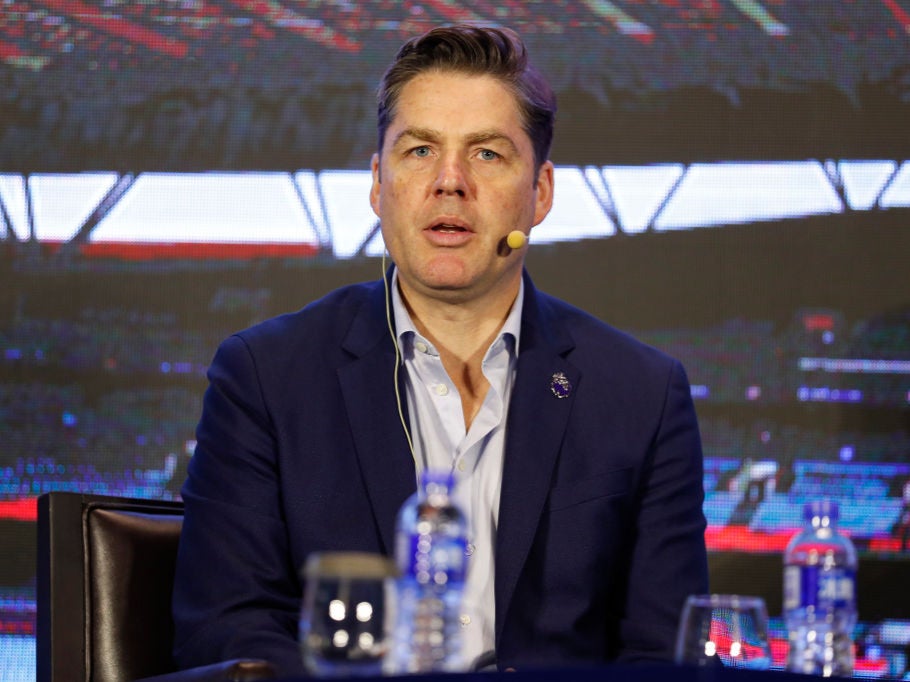 It is that reality that makes this new pay-per-view model feel all the more opportunistic, especially when you consider that so many people in football hotbeds are currently on furlough and thereby getting two thirds of minimum wage. Supporters who maybe can’t afford it will, ultimately, be tempted.

The common counter arguments to all this revolve around “the business of the game”, how these were fixtures that weren’t going to be shown on television at all, and that they are cheaper than match tickets.

They overlook the fact that the Premier League was only allowed back in the first place – amid trying conditions when everyone else was put out – if they made all matches available for TV. What’s more, as should not need to be repeated by now, they are not just “businesses”. They are social institutions, with community responsibilities, that play all of this up when it suits them and they’re trying to sell something.

The supporter-club relationship doesn’t have to be perpetually transactional, especially when consumers already pay so much for live matches. Football can take a different approach in these abnormal times, when people are under stress, and don’t need the temptation of paying high prices to watch the club they love.

On the very mention of transactions, there’s then that wider timeline, and so many transfers.

They can bleat on about reduced income from the lack of fans as much as they want, but the recent window proves the Premier League does not need the extra money. You can’t spend figures like that and plead penury.

It is here where the many moral – and many logistical – questions about pay-per-view come in.

There is a lot in this that fans deserve to have explained. First of all, how was this price actually arrived at? This hasn’t been very transparent.

It’s worth remembering that it was actually fan representatives that pushed for the Premier League to show what would have been non-televised games, in structured dialogue sessions. There was initially a reluctance, particularly from broadcasters, who wanted to retain a sense of exclusivity. They then decided to show them, but was that because of the situation, or because of the higher price?

Why didn’t they market-test any price point? What is it being benchmarked against? The Championship iFollow model or individual events like boxing matches are not comparable. The suggestions from various club fan groups is that a price of £5, or maybe up to £10, would have been acceptable or understandable. So why this?

Why weren’t the Football Supporters’ Association consulted first? Various sources maintain they would have told the clubs this was “shooting themselves in the foot”.

“The main thing is, is all fans still get to watch all Premier League matches while we’re behind closed doors,” Masters said at a press conference. “We think it’s a premium product. It’s got the normal Premier League production values pre- and post-match presentations. So we think £14.95 Is a defensible price point as we’re confident in the product.”

Masters was much more evasive on perhaps the most pertinent question of all: who set the price?

Who is going to own this? Because nobody – for understandable reasons – wants to. The answer seems to change depending on who you speak to, with all parties equally believable, but many looking to pass the buck.

Masters refused to be drawn on it, as illustrated by a back-and-forth with The Athletic’s Matt Slater. It was put to the chief executive that BT and Sky say the Premier League have set the price.

Masters: “I don’t think they are saying that…”

Slater: “They are to me. They said ‘they received the pricing model’.”

Masters: “Yes, so we were fully aware of the price but the point is…”

Masters: “Broadcasters set prices, we are obviously aware of the commercial model that was put in place and we had substantive conversations with BT and Sky about that. We can’t set prices.”

Slater: “Why are BT and Sky telling me otherwise then?”

Masters: “We can’t say why BT and Sky are saying what they’re saying.”

Slater: “You make it sound like they were set by someone else, as if by magic… who is setting the price?”

Masters: “Broadcasters have to set the retail price of their own products. That’s the law.”

Masters: “No, that’s not what I’m saying, Matt. I’m trying to portray the balance. I don’t want to get into a price-setting conversation.”

Slater: “I’m none the wiser. It’s the question lots of fans want to ask. Who set the price?”

There’s then the question of where this money is going. What is the breakdown? How much is going to the broadcasters? How much is going to clubs? Again, the suggestions from those within football are that all this might have been more palatable if this price was anchored to the bail-out for League One and League Two.

There’s then the final question, that is also one of the most relevant: who will pay for this?

That is where the plan will stand or fall. Many supporters groups are trying to organise boycotts, but collective action often has to compensate for what individuals just decide to do in the moment. It could even be argued there is a responsibility on supporters here, too, to take a stand. A failure of PPV this weekend could bring what would be a warranted re-assessment.

Some connected sources feel there are enough figures in the Premier League who believe the price is too high. There may yet be a U-turn. The timeline could change again.

For now, there are only questions – not least whether you want to press the button to buy Newcastle United v Manchester United this Saturday.

Tags: leagues, Pay-Per-View, Premier
You may also like
Latest Posts

Trainer Adrian Bott rapt with Farnan ahead of Coolmore test

Week 8 Fantasy WR PPR Rankings: Must-starts, sleepers, potential busts
Recent Posts
This website uses cookies to improve your user experience and to provide you with advertisements that are relevant to your interests. By continuing to browse the site you are agreeing to our use of cookies.Ok