Paris Saint-Germain have reportedly struck agreements with Lille midfielder Renato Sanches, Inter Milan defender Milan Skriniar and Sassuolo striker Gianluca Scamacca. And if the deals go through, they will represent a huge transfer blow to Tottenham, Chelsea and Arsenal.

PSG endured a difficult season last time around, despite winning the Ligue 1 title at a canter. The club, backed by their mega-rich Qatar Sports Investments owners, were among the favourites to win the Champions League for the first time in their history. But they were knocked out of the competition by Real Madrid in the round of 16 even though they had taken a 2-0 aggregate lead.

The Parisians also failed to even make it to the quarter-finals of the French Cup after exiting at the hands of Nice in the last 16. And their manager Mauricio Pochettino has been tipped to lose his job this summer.

PSG have managed to assemble a star-studded squad thanks to their riches, with the likes of Lionel Messi, Neymar and Kylian Mbappe plying their trade for the side. But the club want to bolster their ranks further this summer as they look to land more silverware next season. 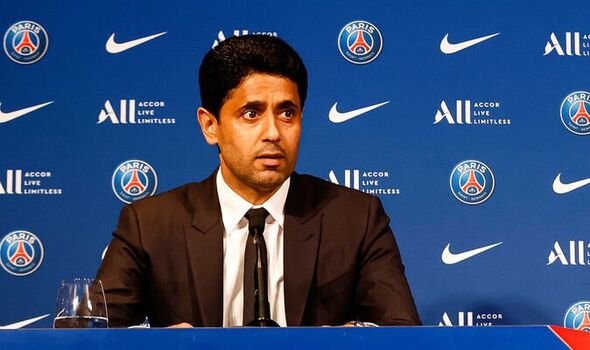 And, according to Get French Football News, PSG have struck an agreement in principle over personal terms with Sanches, Skriniar and Scamacca.

Sanches has reportedly become a target for Tottenham in recent weeks after previously piquing the interest of Liverpool manager Jurgen Klopp. Spurs could do with reinforcements at the heart of their midfield after they secured a return to the Champions League by snatching fourth place in the Premier League on the final day of last season. But if the 24-year-old opts to move to the Parc des Princes, the Lilywhites will have to turn their attentions elsewhere. 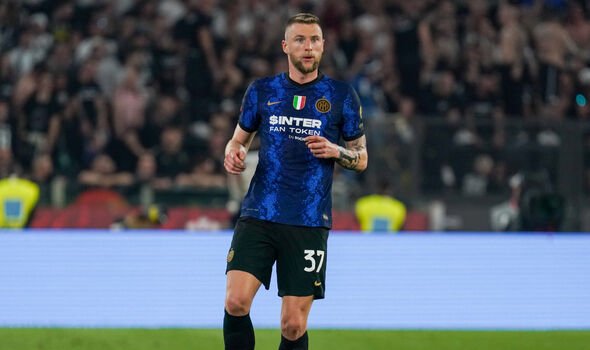 Skriniar, meanwhile, has come to the attention of Chelsea, who are set to lose centre-backs Antonio Rudiger and Andreas Christensen at the end of the month when their contracts expire. The Blues apparently believe the 27-year-old could be signed instead of Juventus ace Matthijs de Ligt, who is causing a headache at Stamford Bridge due to his price tag.

And Scamacca is reportedly being chased by Arsenal, who are in desperate need of a frontman as Alexandre Lacazette is set to turn his back on the club this summer and return to his former club Lyon.

PSG still need to thrash out deals for the players with their respective clubs. But if they can do that, the Premier League trio could well be left ruing their misfortunes.