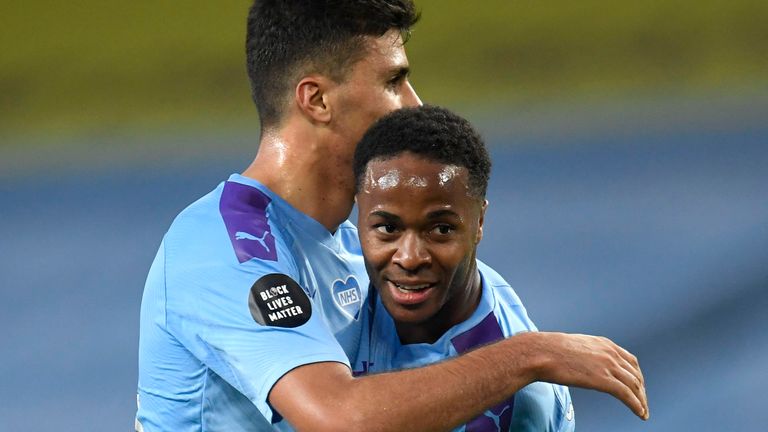 Raheem Sterling wants to finish the season on a high and is targeting FA Cup and Champions League glory with Manchester City.

Pep Guardiola’s side have seen the Premier League title wrested from their grasp by Liverpool but made a statement on Thursday night by thrashing the new champions 4-0 at the Etihad Stadium, with Sterling on the scoresheet against his former club.

It was a fourth win in five matches in all competitions for City since the restart. They have an FA Cup semi-final against Arsenal to come later this month before a second-leg clash with Real Madrid in the last-16 of the Champions League in August, with Guardiola’s team leading 2-1 from the first game at the Bernabeu in February.

City did the domestic treble last season and Sterling is hoping the team can maintain their momentum and lift another three trophies this campaign, having already retained the League Cup. 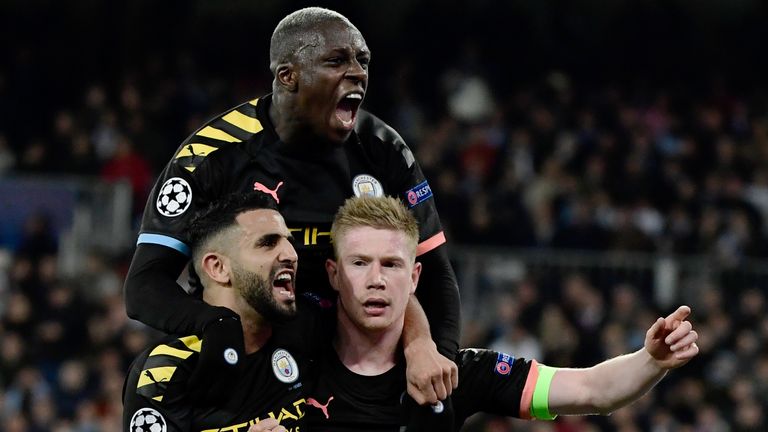 “It is difficult seeing Liverpool take the title from us, but they have been brilliant all year. They have been fantastic and deserved to win the league,” said Sterling.

“[The Liverpool game] was just another game, but it was a chance to finish high. In the Premier League we need to win all our games and finish on a high in the FA Cup and the Champions League.

“Hopefully we can finish with an FA Cup final and a Champions League final. We are a team that missed out on the Premier League and we have got to go on and try to do our best as we can in all competitions and that is the FA Cup and the Champions League.”

Meanwhile, Guardiola has told England boss Gareth Southgate he has an incredible talent on his hands in Phil Foden.

The 20-year-old midfielder produced another impressive, goal-scoring performance against Liverpool. Guardiola has no doubt Foden is now ready to fill the void the imminent departure of David Silva will create and has also tipped him to shine in Southgate’s England side.

“All the managers around the world love to work with good players,” said the Spaniard, who notably coached the likes of Lionel Messi, Andres Iniesta and Xavi at Barcelona.