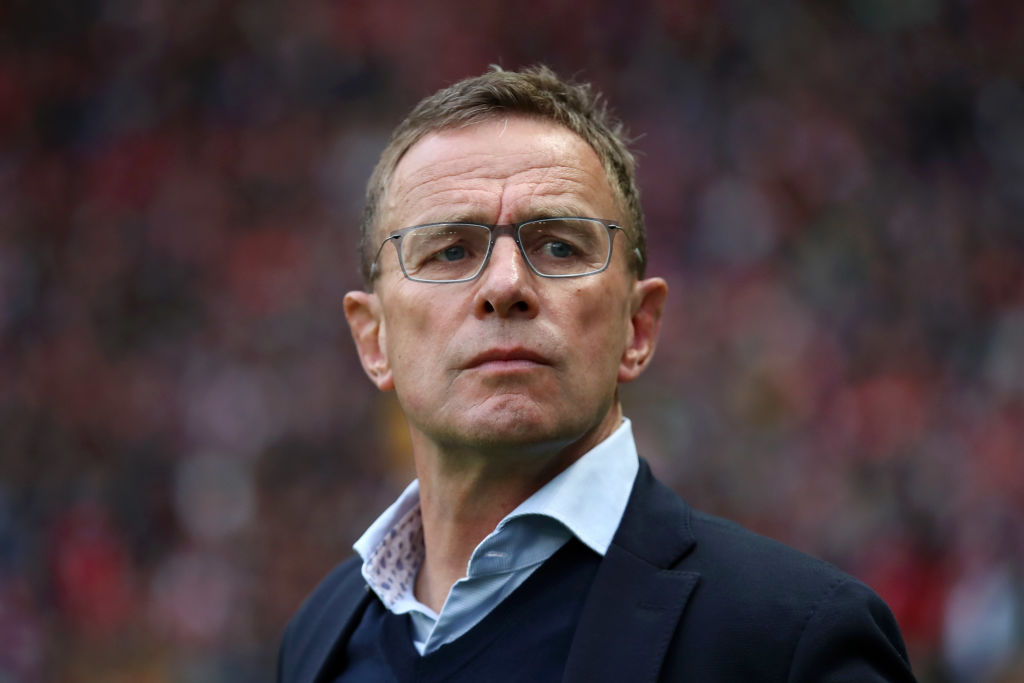 Ralf Rangnick has revealed that he rejected the chance to manage Chelsea before Thomas Tuchel was appointed last month.

Frank Lampard was sacked in January after Chelsea went on a run of five defeats in eight Premier League games, while Tuchel was swiftly brought in as his replacement.

But Rangnick claims that he was approached by Chelsea, who offered him the manager’s position on an interim basis until the end of the season.

However, the former RB Leipzig boss turned down Chelsea’s approach.

‘I said: ‘I would like to come and work with you, but I can’t do it for four months. I’m not an interim coach,’ Rangnick said in an interview with The Times.

‘To the media and players you would be the ‘four-month manager’, a lame duck, from day one.’

Rangnick has also praised the swift impact Tuchel has made at Chelsea and the German’s decision to bring in Zsolt Low as his No.2 at Stamford Bridge..

‘If you watch Chelsea now you see a mutual plan for when they have the ball or the other team have the ball,’ Rangnick said.

‘Thomas is tactically on a very sophisticated level.

‘Zsolt Low [Tuchel’s assistant] was my player and assistant coach at Leipzig and plays a vital role in his staff and you can see from the way he interacts with players Thomas also has great leadership skills.

‘Appointing him was a top solution. I can only congratulate Thomas and Chelsea for the choice.’

Tags: he, R, Ralf, Rangnick, reveals, Why
You may also like
Latest Posts