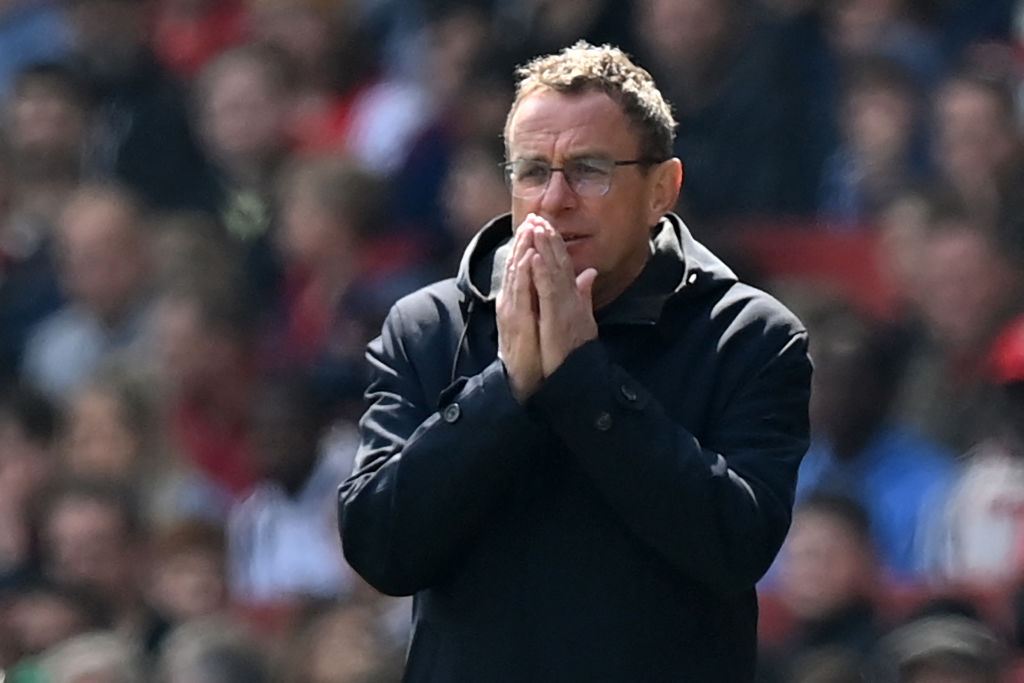 Manchester United interim manager Ralf Rangnick insists that this difficult season is just a ‘stumble along the way’ for the club and intends to enact some ‘big steps in the right direction’ this summer.

Rangnick is taking charge of the Red Devils for the final time at Old Trafford on Monday night as United host Brentford in the Premier League.

Even victory over the Bees would leave Rangnick’s side sixth as the disappointing season looks set to have an equally underwhelming end.

Erik ten Hag is set to take over as manager at the end of the campaign and Rangnick is set to continue in a consultancy while taking charge of the Austria national team.

The German insists that good times are set to return at Old Trafford and that the ‘steps that we need to take as a club are fairly clear.’

‘This season has clearly been a very difficult one for everyone at the club, and from the short time I have been here I can see how much everyone is hurting,’ Rangnick wrote in his programme notes ahead of the Brentford match.

‘There have been some good moments, but we never built enough positive momentum to allow our confidence to increase and ultimately we were unable to rescue the season.

‘I want to be clear, though: this is not the fall of Manchester United; this is a stumble along the way and, when you stumble, you have to think quickly and clearly to regain your balance so you can carry on moving forward.

‘That is the position we are in as a club and if we have clarity in our actions from now on, we can make some big steps in the right direction.

‘As I have said publicly, the steps that we need to take as a club are fairly clear. We have had a lot of discussions internally and know what has to happen.

‘We need to be smart and decisive in our actions around the club, and we have started the process by making a very exciting managerial appointment with Erik ten Hag. When he arrives from Ajax next month, he joins a fantastic institution with great pedigree and, most importantly, great potential.’