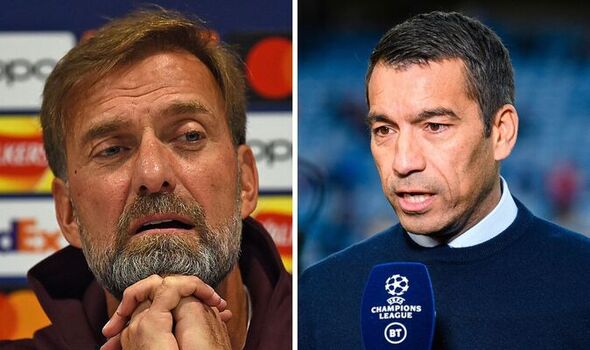 Rangers boss Giovanni van Bronckhorst admits his team will be looking to follow in Brighton’s footsteps by taking the game to Liverpool in their Champions League clash on Tuesday night. Liverpool headed into their match last weekend against Brighton hopeful of picking up all three points to close up to those at the top of the table.

But they were punished for sluggish defending in the opening exchanges as Brighton quickly raced to a 2-0 lead. All three points were still there for the taking for the hosts after an own goal put them 3-2 up, but Leandro Trossard completed his hat-trick late on as Brighton picked up a deserved point.

It proved to be yet another frustrating match for Jurgen Klopp’s side, who appear to be severely lacking in confidence. And they take on a Rangers side in need of picking up a result in the Champions League after two disappointing results against Napoli and Ajax.

The Scottish Premiership side are yet to score a single goal and have conceded seven so far. Liverpool will be the strong favourites despite their poor form, but Van Bronckhorst wants to see his side follow Brighton’s blueprint and pull off a possible upset. 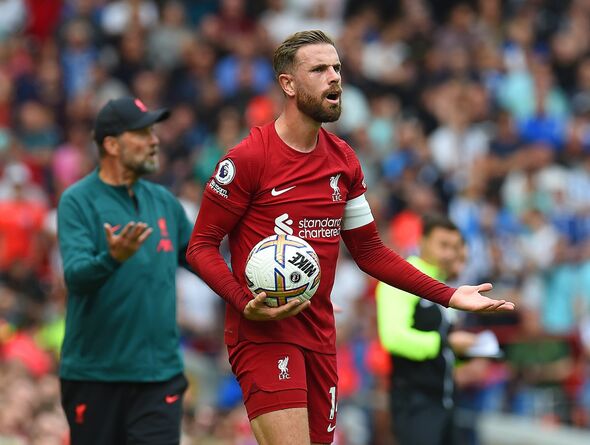 “We’ve got to be bright on the ball like Brighton were at the weekend,” he said. “They’ve got a world class team but we’ll do our utmost to break them down and create chances.”

While Rangers are yet to pick up a single point in their return to the Champions League, Van Bronckhorst hasn’t given up hope. “We always have the belief. If you don’t have that when you go on the pitch then you’ll face an impossible challenge,” he added.

“We have to have spirit and belief to get something out of the game. It’s important to enjoy the occasion. It’s been a lot of years since we’ve been at this level.

“We’ve had to come up from the bottom league but we’re improving year in year out. Last year was a great achievement and we’re all proud to be at this stage this year. They’re at home. Their first result against Napoli was a bad one.

“The pressure is on both teams. They’re used to performing at this level. For us it’s a huge step to the level we’re used to in Liverpool. We want to be involved in Europe after the World Cup so there’s pressure on us too. This is a hard place to come.”