Ralf Rangnick reportedly urged Manchester United to sign Erling Haaland and Julian Alvarez last season, but ultimately saw his suggestions dismissed by the club’s board. United’s loss has proven to be Manchester City’s gain, with the forward pair having both hit the ground running with the Premier League champions.

Having been appointed on an interim basis following the November sacking of Ole Gunnar Solskjaer, Rangnick was offered the opportunity to step up into a consultancy role at the end of the campaign once he had steadied the Red Devils’ ship. However, neither of those two plans ever did materialise.

United struggled to a greater extent under the Austrian, who appeared to find himself continuously undermined by the club throughout his tenure. With a permanent new manager on the way at the end of the season, Rangnick was denied the opportunity to help drag the 20-time English champions out of the mire, as United shelved plans to acquire any new signings until the summer.

It now appears the Red Devils’ refusal to take on board Rangnick’s recommendations have proven costly. According to Manchester Evening News, the 64-year-old strongly encouraged United to enter negotiations for Haaland despite acknowledging that the club’s chances of capturing the in-demand Borussia Dortmund hitman were slim.

JUST IN: Man Utd ‘didn’t tell James Garner he was on sale’ before Everton move 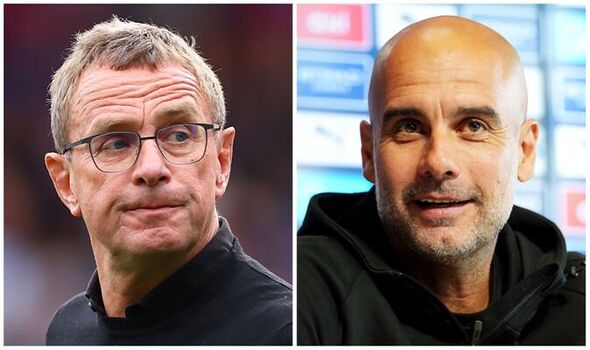 With a cut-price clause in the Norwegian’s contract becoming active this summer, the now 22-year-old was available for as little as £51million. However, United are understood to have stubbornly refused to engage in negotiations with the player’s agent, the late Mino Raiola – who had a checkered history with the Old Trafford outfit.

Rangnick is also thought to have urged United to explore the possibility of signing Alvarez from River Plate back in January after the club’s scouting department earmarked the aspiring Argentine attacker. However, once again, it is believed the current Austria national team coach saw his suggestions dismissed. City then struck a deal to sign the 22-year-old for a mere £14m and he hasn’t looked back. 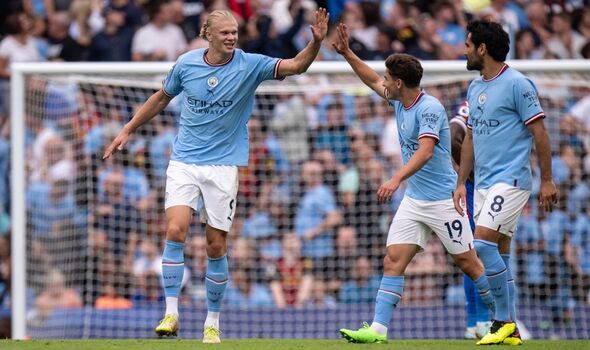 Unsurprisingly, United and Rangnick parted ways shortly after Erik ten Hag’s arrival, before then backing the Dutchman to the hilt. A record transfer window spend in excess of £225m has since seen six new faces join, but it remains to be seen whether the array of new talent at Old Trafford will help United rediscover their winning touch.

As for Haaland and Alvarez, the pair have slotted seamlessly into Pep Guardiola’s all-conquering City side. Haaland has already hit nine goals in five Premier League games this term, while Alvarez has a hit-rate of two in four. As has often been the case regarding their transfer policy in recent years, United have once again been left wondering what might have been.