Manchester United boss Ralf Rangnick insists it’s ‘no coincidence’ that he has worked with six of Liverpool’s quadruple-chasing stars… as he praises Reds boss Jurgen Klopp as ‘one of the best, if not the best coach’

Ralf Rangnick says it’s no coincidence that so many of Liverpool’s Quadruple-chasing team were signed by him earlier in their careers.

United face Liverpool at Anfield on Tuesday night with their arch rivals looking to maintain their title challenge after winning the Carabao Cup and reaching the FA Cup final and Champions League semis. 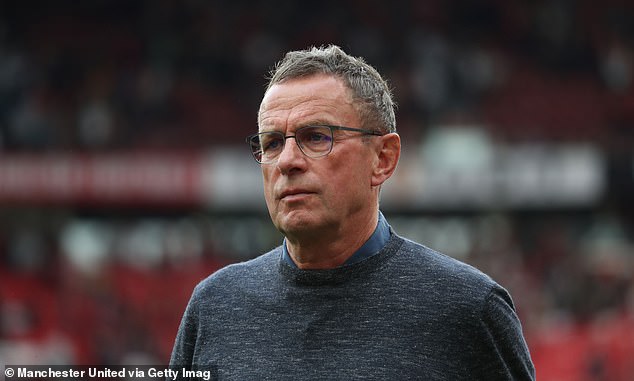 While Rangnick isn’t taking credit for his old players’ success at Liverpool, United’s interim boss believes the way they learned to play in Germany and Austria is paying dividends for Klopp now.

‘Having six players from former clubs of mine is not a coincidence,’ said Rangnick.

‘I didn’t say how much influence I had on those players, but it’s pretty obvious a big club like Liverpool, one of the best clubs in Europe, have six former players that nobody knew by the time we gave them debuts.

‘This has got to do with a similar idea of football. Jurgen and me have known each other for a long time. I know how he wants to play.’

Discussing the impact Klopp has had at Liverpool in winning the Premier League and Champions League, Rangnick added: ‘Before he came to Borussia Dortmund or started his coaching career at Mainz, he developed the club on a level. This is what modern management is all about. 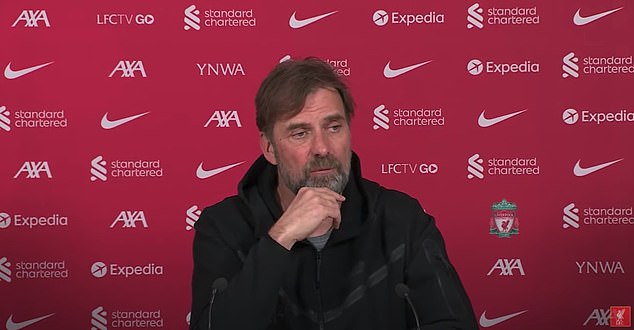 Rangnick has praised Jurgen Klopp (pictured) as one of the best, if not the best coach

‘He’s one of the best, if not the best coach not only now but in the past couple of years.

‘If this should be a role model, it’s no coincidence he came and they finished ninth.

‘Thereafter they made the necessary adaptations, they brought in the right players, built a squad and that’s why they are where they are.’