Wolves striker Raul Jimenez has visited the club’s training ground for the first time since fracturing his skull during last month’s match against Arsenal.

Jimenez underwent surgery after a sickening clash of heads with Arsenal defender David Luiz saw him stretchered from the field at the Emirates on November 29.

Wolves confirmed on Tuesday that Jimenez had been released from hospital, and on Thursday the club posted pictures of the Mexican striker at the training ground. “Accompanied by the club doctor, the Mexican striker was greeted with hugs and smiles by the squad, who broke momentarily from training to welcome their friend back to Compton Park,” the club said on its website.

“Jimenez watched a portion of the session alongside head coach Nuno Espirito Santo, before returning home, where he has been convalescing since his discharge from hospital last week.

“A giant banner in support of Jimenez, crowdfunded by supporters from around the world and covering three blocks of the Steve Bull Upper Stand, will be debuted at this Saturday’s match against Aston Villa, which Raul is set to watch from home.” 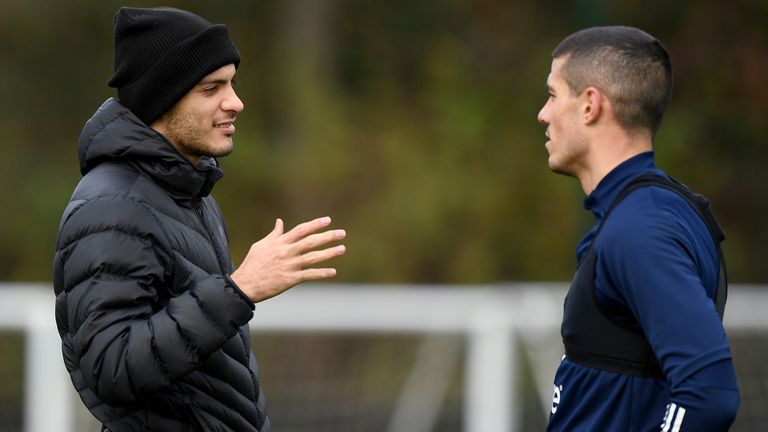 It remains unclear when Jimenez, who has been Wolves’ top scorer for the past two seasons, will be able to return to training.

The 29-year-old released a statement via his Twitter account last week expressing his desire to “return to the pitch soon”.

Wolves head coach Nuno said he was “afraid” for the striker following his head injury.

Nuno said: “It was very serious and everyone was afraid, everyone was worried. As the days go by and, knowing he is being taken good care of, we have been able to return to a normal situation.”

Support for the introduction of concussion substitutions increased following Jimenez and Luiz’s collision with ex-players, managers and coaches also calling for a review on protocols. 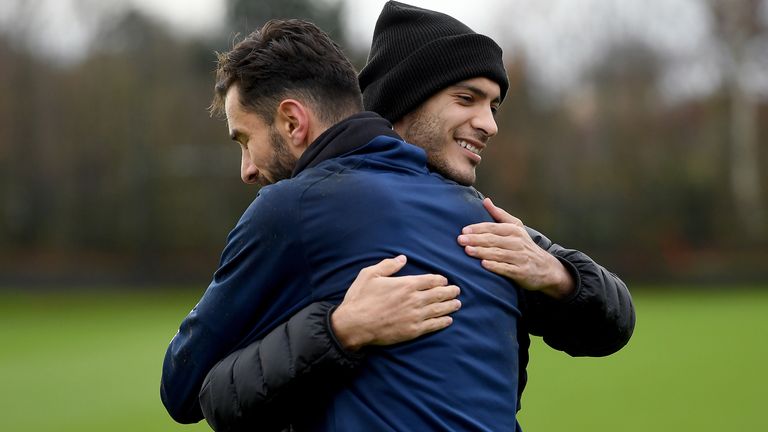 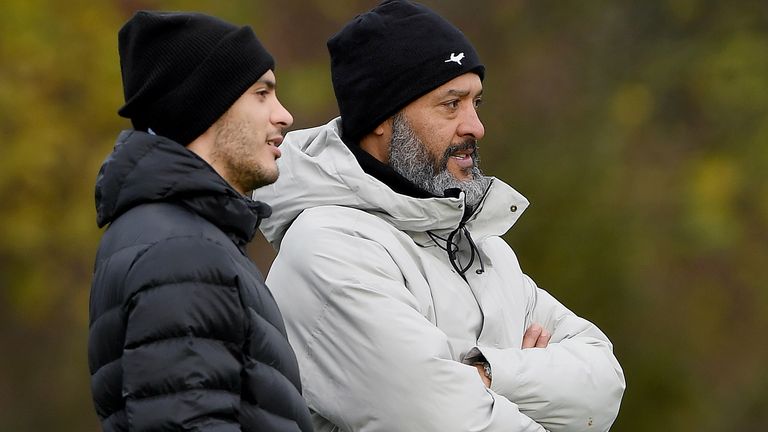 Manchester United defender Alex Telles has sent a message of support to Jimenez.

The United left-back suffered a similar head injury while playing for Gremio in Brazil and understands what the Mexican is going through.

He told Inside United: “What I can say to Raul is that unfortunately this type of scenario exists in football. “It’s not normal but it happens.

“I’ve been through it as well and I’d like to wish him a lot of strength. He will definitely recover and, thank God, it wasn’t so serious and he will be able to get back playing as soon as possible, doing what he loves the most.

“Us players have to have this solidarity and I wish him well and that he gets better soon.”