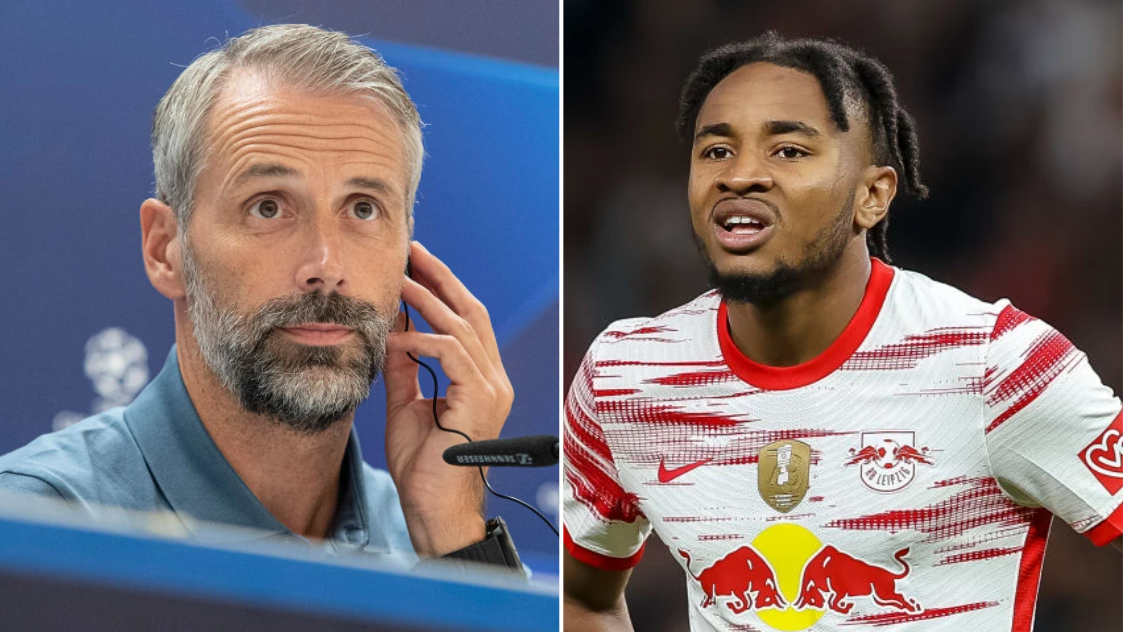 RB Leipzig boss Marco Rose has dismissed reports suggesting Christopher Nkunku has already agreed a deal to join Chelsea as ‘speculation’ and says he is not paying any attention to it.

On Monday, it was widely reported that the west London club had stolen a march on a host of European giants by convincing Nkunku to sign a pre-contract agreement that will see him move to Stamford Bridge in the summer of 2023.

The France international has a £52.7million release clause that becomes active next year, but Chelsea have decided to pay in excess of that fee now in order to secure a deal.

Nkunku is even believed to have been given permission to undergo a medical in Germany last month, with Chelsea having been keen to wrap up a deal now in order to avoid an intense battle for his services next summer.

Leipzig are due to host Celtic in the Champions League on Wednesday and Rose was naturally asked about the reports surrounding his star man.

‘It’s speculation, we don’t comment on it,’ said the German coach at a press conference on Tuesday. ‘We don’t care, we don’t care.’

The 24-year-old was one of the standout stars in the Bundesliga last season, netting 20 goals and laying on 13 assists, while he has already notched six goals in the 2022/23 campaign.

He has been linked with the likes of Bayern Munich, Real Madrid, former club PSG and Manchester United – with ex-boss Ralf Rangnick personally championing Nkunku to the Red Devils’ hierarchy.

But, even though Rose has played down the speculation, it appears Chelsea have gazumped their rivals with their incredibly early move for the Frenchman.

The Blues’ hierarchy have been eager to add more firepower to their ranks and looked into signing Nkunku in the summer window just gone, but Leipzig were adamant he was not for sale and the player himself was unsure about switching clubs before the World Cup.

He may not be the only Leipzig player swapping Germany for west London next summer, with Chelsea also keen to sign centre-back Josko Gvardiol – who also signed a contract extension which included a release clause.