Having spent all season daring to dream of an unexpected return to the Premier League after eight years away, reality has caught up with Reading.

They have faded on the season’s home straight from certainties to finish in the play-off positions to standing on the outside looking despairingly in.

Although they managed to salvage a point through Yakou Meite in the final minute of stoppage time after Kieffer Moore’s penalty, it probably won’t be enough. 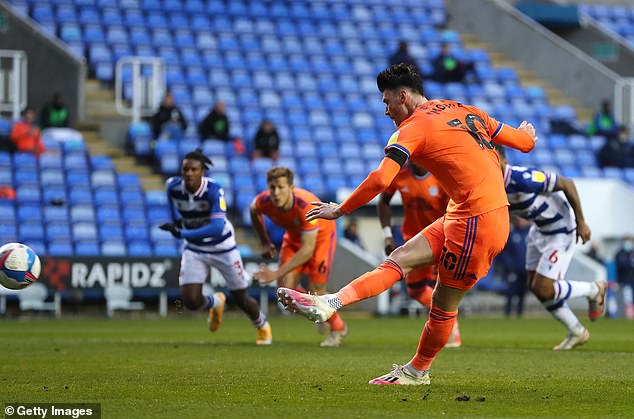 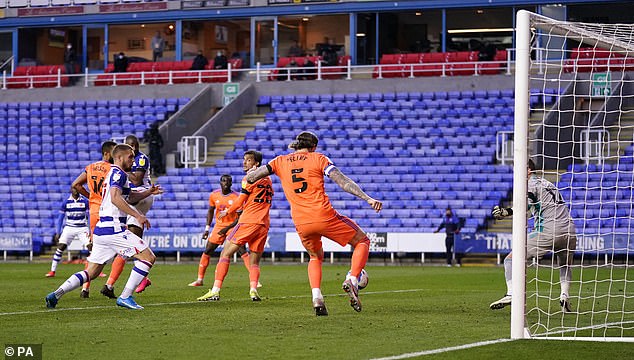 The Royals are four points behind Bournemouth in fifth and Barnsley in sixth with just four games to play.

They can only hope that those two both lose this weekend to prolong the chase into the final weeks. Even then, you sense Reading have run out of puff in the Championship marathon.

At least they didn’t flag here. In the fifth minute of stoppage time, Meite met Sam Baldock’s cross with a defender slicing it over the line.

But this underpowered performance against an out-of-form Cardiff came at the worst time. Reading had created little and they were rocked three minutes from time.

After Sheyi Ojo’s initial shot was beaten out by keeper Rafael Cabral, the Bayern Munich-bound Omar Richards brought down Moore, who dispatched the spot-kick well for his 17th goal of the season.

A better chance came on 16 minutes when Wilson drifted infield and tried to curl the ball home from the edge of the box.

The Liverpool loanee was denied by Reading keeper Rafael, who dived low to his right to turn it away one-handed.

Reading were sluggish for the opening half-hour before finally exerting some sustained pressure. 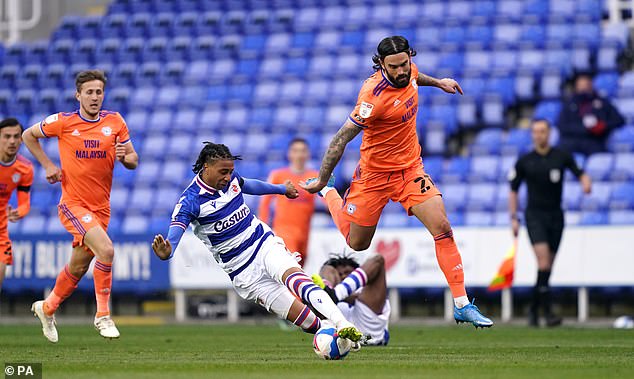 Reading had to create more and Smithies saved well at his near-post from Lucas Joao after Olise’s smart through pass from a free-kick.

And there was another good opening 20 minutes from time when Meite, leaning back, blazed over from 12 yards after good build-up play from Richards and Josh Laurent.

But then it got worse. Wilson skipped through on a rare Cardiff attack and dinked over Rafael before Andy Yiadom cleared off the line.

And with time running out, the clumsy tackle from Richards and Moore’s unerring penalty left them pointless. Even Meite’s late leveller might not be enough now. 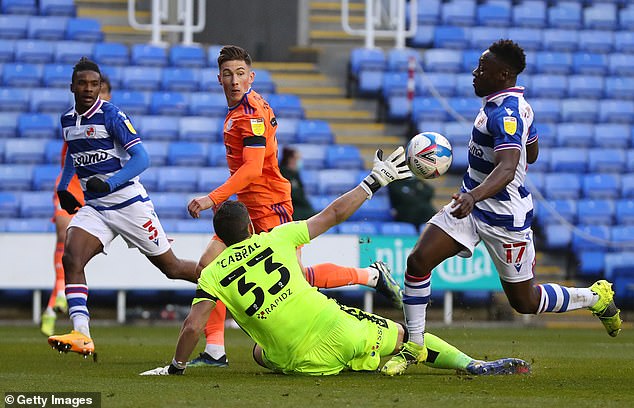 In the other Championship match on Friday night, Blackburn came from behind to beat Derby 2-1 at Ewood Park.

Tom Lawrence had put Wayne Rooney’s side in front, but goals from Sam Gallagher and Harvey Elliott gave the hosts all three points.

The result leaves Derby just four points above the relegation zone, but they have played three more games than the Rotherham side below them. 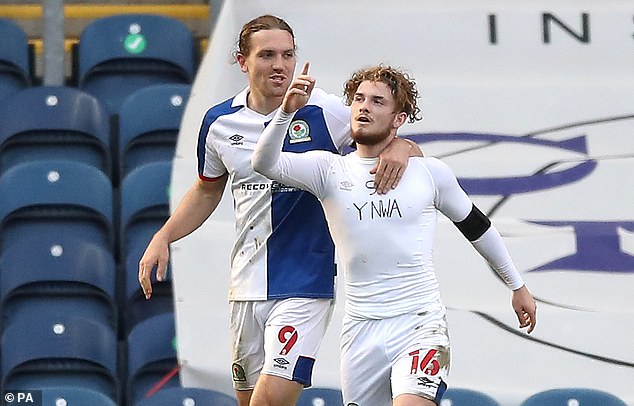