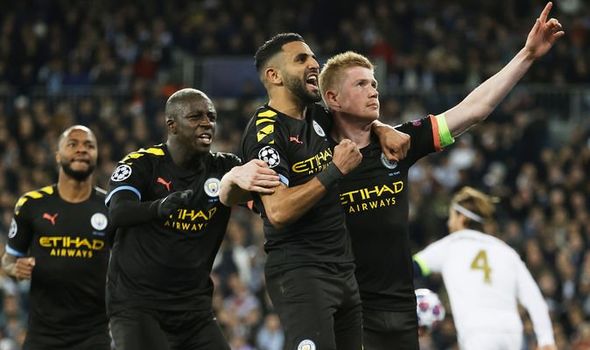 Manchester City will take a 2-1 lead into the second leg of their last 16 tie against Real Madrid. Isco scored the opener for Los Blancos before Gabriel Jesus found an equaliser. City midfielder Kevin de Bruyne secured the win from the penalty spot.

The Champions League clash was goalless as the teams went back inside for half-time.

City levelled the scoring on 78 minutes when Jesus headed in from close range.

The Premier League side winner found the winner when Raheem Sterling went down under Carvajal’s challenge in the box. 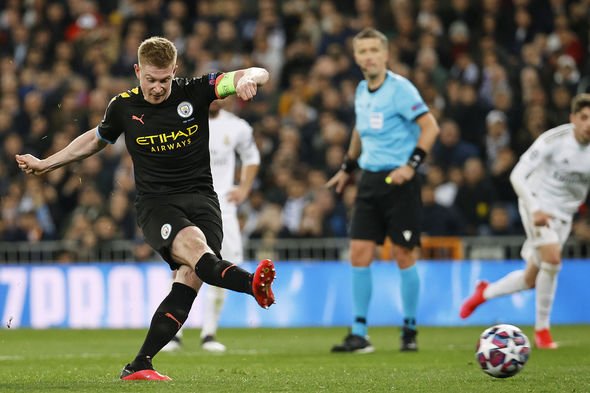 De Bruyne stepped up and converted the spot-kick with a low shot to the corner.

Real’s night got even worse when captain Sergio Ramos was shown a red card for a cynical foul on Jesus as the striker raced through on goal.

What did the managers say?

“It’s more about concentration because at the end we made mistakes and mistakes form part of football.

“The only thing we can do is to look at it, try to analyse it well.

“I can’t say any more. The 10 minutes at the end were very difficult, but before that wasn’t.”

Man City boss Pep Guardiola: “We tried to come here to win the game and we did.

“This is just the first part. If one team can overcome this situation, it’s this club.

“I remember the quarter-final [against Liverpool] a few seasons ago at Anfield when we played incredibly well and they scored all their shots on target.”