A wasteful Real Sociedad were haunted by former strikers Juanmi and Willian Jose who booked Real Betis in the Copa del Rey semi-finals with a 4-0 win at San Sebastian.

The 28-year-old Betis forward, who spent three years at Sociedad before moving to Seville in 2019, scored in either half as Manuel Pellegrini’s side withstood a great deal of pressure from the hosts, who were guilty of missing several chances.

And it was another former Sociedad forward in Jose who claimed the third by dispatching a penalty after Joseba Zaldua was deemed to have handled Nabil Fekir’s shot by VAR, before Aitor Ruibal scored a late fourth on the break. 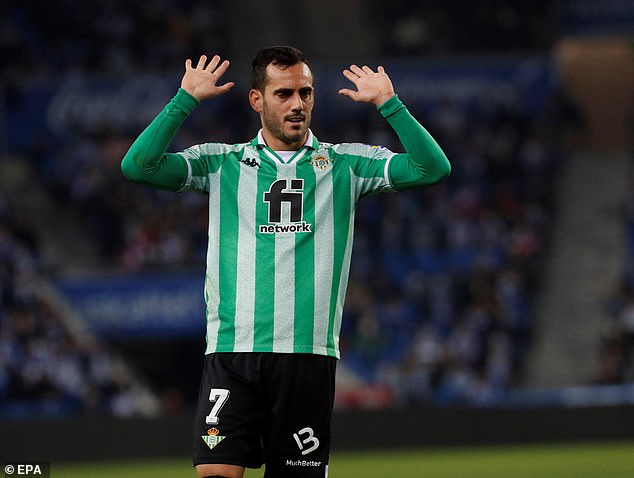 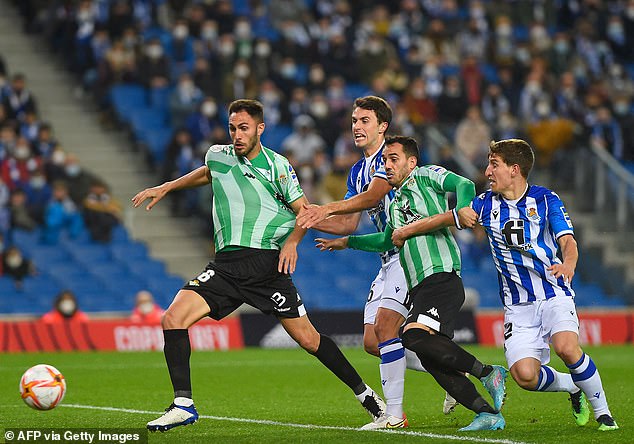 In between Juanmi’s goals, former Manchester United winger Adnan Januzaj had what he thought was an equalising goal chalked off for offside as Imanol Alguacil’s side crashed out of the cup ten months after their cup triumph last April.

As Sociedad sought for more cup glory in 2022, they were brought right back down to earth as Betis midfielder William Carvalho shrugged off Ander Guevara on the byline, before squaring to Juanmi who finished low in the corner.

The hosts came back into the tie after their early setback but they were frustrated when Robin Le Normand’s header from the corner hit the base of the post and wide.

And Sociedad thought they were level before half-time when Adnan Januzaj crashed home David Silva’s cross inside the penalty area, but VAR chalked off that equaliser due to an offside on Mikel Oyarzabal in the build-up. 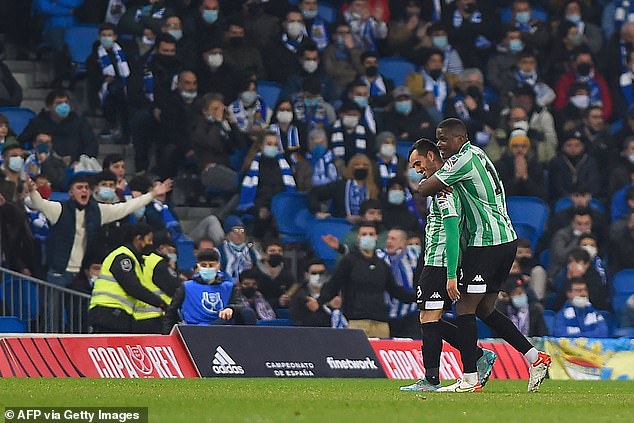 After the break, Sociedad spurned a golden chance to level when Oyarzabal cut the ball back to Alexander Isak, chased by Arsenal in the final days of the transfer window just gone, but the Swedish forward fired straight at Rui Silva from close range.

And just before the hour mark, a brutal Betis breakaway made Sociedad’s mountain even bigger to climb as Sergio Canales burst down the left and cut the ball back to Juami, who swept high into the net for his second of the match.

Despite Alguacil naming a strong Sociedad side for this cup clash, his team failed to land a glove on their opponents. Juanmi nearly claimed a hat-trick from inside the area but Alex Remiro remained firm to deny him. 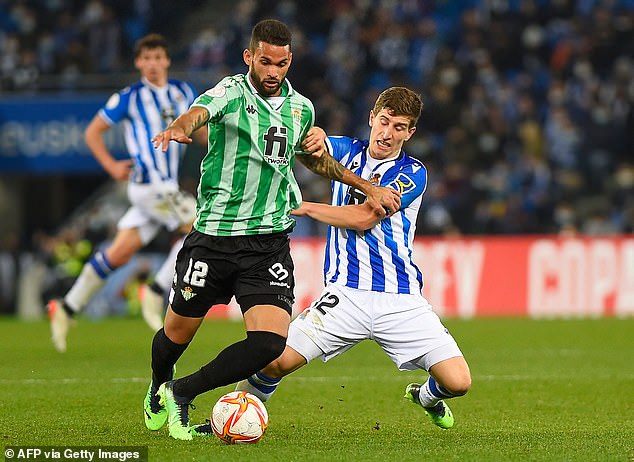 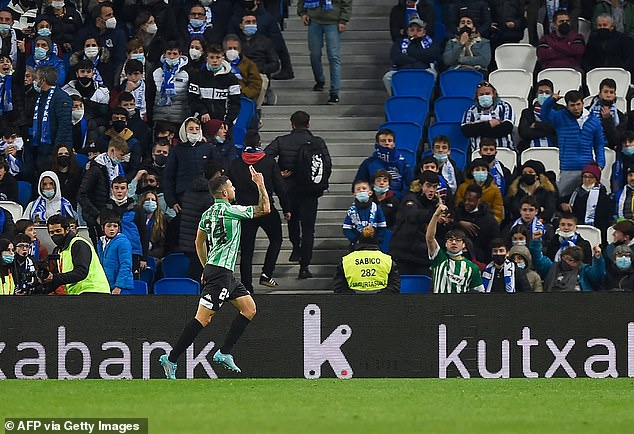 But Betis’ progression to the semi-finals was confirmed when Fekir’s strike from inside the box clearly hit Zaldua on his hand and after the referee checked the VAR monitor, former Wolves forward Jose was allowed to step up and send Remiro the wrong way from the spot.

And there was further damage for the hosts as substitute Aitor Ruibal burst down the left before finishing with finesse from close range. Sociedad substitute Portu hit the post just before stoppage time but the arena in San Sebastian had cleared out by then.

Betis are now through to the last four of Spain’s premier cup competition for the first time since 2019, which is only the second time they have reached this stage since they last won the competition back in 2005.

Pellegrini’s side join Valencia and Rayo Vallecano in the semi-finals, along with the winner of Athletic Bilbao and Real Madrid who kicked off later on Thursday.