Though the temperature was in just the single figures, English Premier League giants Manchester United fired up against rivals Crystal Palace in front of 76,499 fans at the MCG in the latest match-up of the pre-season “Winter Festival of Football”.

The Red Devils, taking on a young Palace side missing more than a dozen experienced, established players, proved too strong from the outset and claimed a 3-1 win. 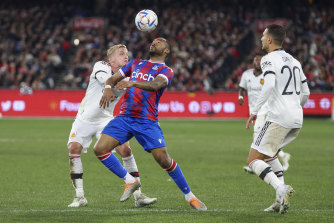 Even though it was a friendly, tensions threatened to boil over at stages throughout the contest, such as in the 57th minute when United star Bruno Fernandes took exception to a particularly clumsy tackle from Palace counterpart Jordan Ayew, and in the 83rd minute when Will Fish was shown a red card, reducing the Red Devils to 10 men for the closing stages. 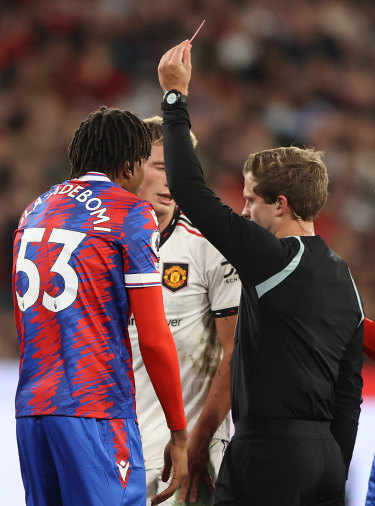 Sent off: Will Fish is given a red card.Credit:Getty Images 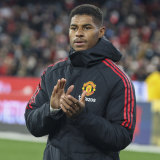 United’s Marcus Rashford, Anthony Martial, and Fernandes looked on-song early – despite the absence of superstar Cristiano Ronaldo – with a series of tidy passes in the front third.

Martial missed a golden chance in the 10th minute to put the world soccer giants ahead as aspiring first-choice Palace keeper Jack Butland came forward with a fantastic reflex save.

But Butland, the former England international, paid the price – leaving the field immediately with concerns over his right thumb.

Martial eventually found the back of the net in the 18th minute, finishing at the near post past substitute Palace keeper Remi Matthews courtesy of a brilliant ball from Portugal international Diogo Dalot on a foray forward.

Rashford then made it 2-0 United’s way soon after the break, finishing from close range in the 48th minute and making the most of the outstanding passing of Martial, Jadon Sancho, and substitute Donny van de Beek.

Sancho made it 3-0 on the hour mark, finishing with a fine solo effort in the front third following a precision United counter-attack.

Palace’s consolation goal came in the 74th minute from a Joel Ward header to the near post, which found the back of the net after an uncharacteristically sloppy attempted save from star United keeper David de Gea.

Palace had their chances, particularly in their own counters. But they lacked the polish to pose any consistent threat to United, which made it three wins from three in the pre-season under new manager Erik ten Hag, who would have to be impressed with what he’s seeing from his group in these early stages. 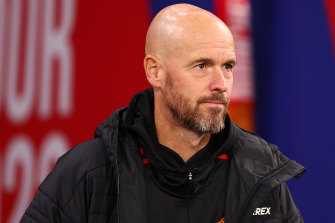 Despite the result, ten Hag’s Palace counterpart, Arsenal legend Patrick Vieira, would have seen enough promising signs from his own young charges, such as 18-year-old Malcolm Ebiowei playing his first season since making the switch from Derby County.

Palace also had plenty of the momentum during the second half, leading up to the Ward goal.

Both United and Palace now head west to Perth’s Optus Stadium for clashes against other Premier League opposition. Crystal Palace will take on Leeds on Friday, with United then facing Aston Villa the following night.