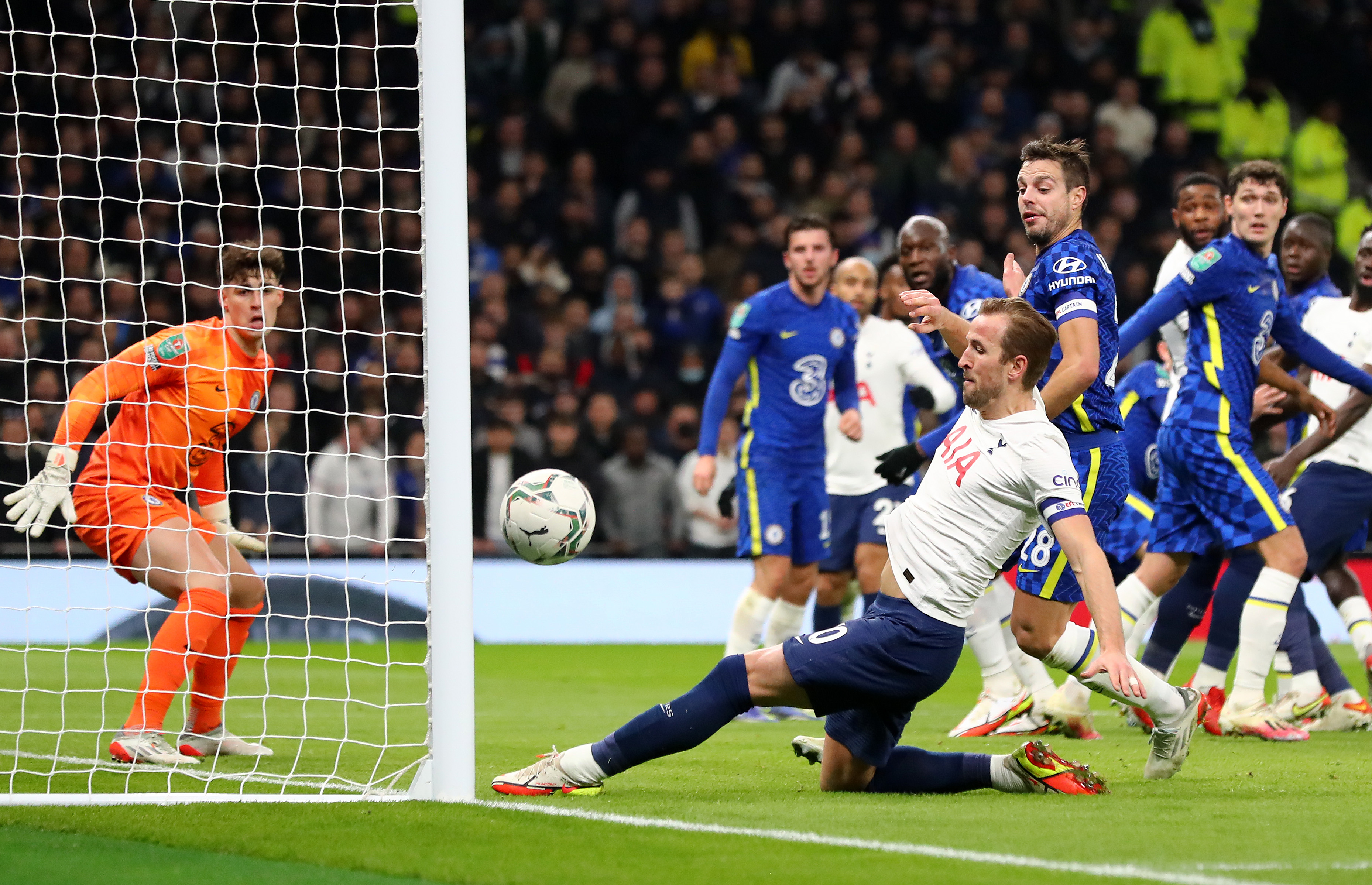 Jamie Redknapp has criticised Tottenham’s poor defending that ultimately led to their EFL Cup semi-final exit at the hands of rivals Chelsea.

Spurs suffered a 1-0 defeat at home in the second leg (3-0 agg) this evening as Antonio Rudiger’s header from a corner proved decisive.

Antonio Conte had opted to start Pierluigi Gollini in goal ahead of first choice Hugo Lloris and the decision looked to have backfired after the Italian came for the corner but got nowhere near the ball for Rudiger’s opener.

‘For all Chelsea’s dominance in both games so far, the three goals Spurs have conceded so far have been diabolical really,’ former Tottenham midfielder Redknapp said.

‘Not good enough, they’ve not pressed enough, not been good enough in their organisation and the goalkeeper I think has just got to take responsibility for that one there.’

Redknapp also highlighted Conte’s formation as a problem with right-back Matt Doherty playing as a left wing-back and struggling to have any real impact on the wing.

At half-time he suggested Ryan Sessegnon came on in his place and Conte did just that on 64 minutes but the tie already looked out of sight by that point.

‘They’ve had no real cohesion Spurs. I think if it’d been square pegs in round holes… it hasn’t worked with Doherty as left wing-back,’ he added.

‘I think he’s got to make a change there, maybe get Sessegnon on at left wing-back, at least you get a bit of momentum as a position.

‘Every time that ball comes to Doherty I feel sorry for him because he’s got to keep coming back on his right foot, you get nothing down that left hand side at all.

Former Chelsea left-back Ashley Cole added: ‘He’s playing in that kind of inside position where he feels he’s predominantly going to come inside and find Kane or Moura but I think with Sessegnon if he comes on he’ll make the pitch a little bit bigger.

‘He’ll be more of a threat, more of an outlet down the left hand side but I think in terms of the midfield to the front three, they’ve been too far away from each other.’

Chelsea will play either Arsenal or Liverpool at Wembley in the Carabao Cup final.