Former Sky Sports host Richard Keys has claimed that Rebekah Vardy may be one reason behind Leicester’s poor start to the season. Her husband Jamie and his Foxes side sit bottom of the Premier League, with one point from seven games and have conceded 22 goals already this campaign.

Keys, who now works for beIN SPORTS, questioned why Leicester are struggling so badly having lost just Kasper Schmeichel and Wesley Fofana from the side that finished eighth last season, and turned his attention to Rebekah Vardy.

“Leicester are the real surprise so far,” Keys wrote on his blog. “What on earth is going on there? I don’t understand it. Ok. Schmeichel has gone. He was a huge character in that dressing room.

“Vardy looks like a shadow of himself. I can’t help but wonder if his wife’s tumultuous summer has taken more out of him than we thought it might? Certainly some of the stories we heard wouldn’t have made him too popular with some of his colleagues. 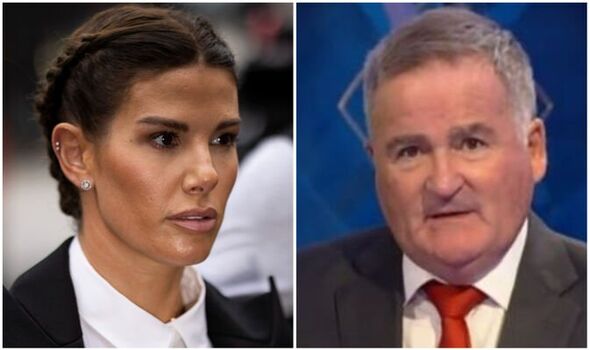 “But not much else has changed. Rodgers is still a fine coach and they’ve still got good players. It’s a mystery. At the time of writing there isn’t a vacancy, but that hasn’t stopped good old Rafa [Benitez] getting busy.

“My friends at Leicester tell me he’s already made himself available should Rodgers get the sack. It wouldn’t be the first time an out of work manager has smelt blood and got busy – but come on. After the shambles Benitez left at Everton – he should crawl away and keep quiet.”

Rebekah Vardy was involved in a very high-profile court case with Wayne Rooney’s wife Coleen, which was dubbed ‘Wagatha Christie’ by the media. Vardy was accused of leaking stories to the press in a dramatic social media post in October 2019. 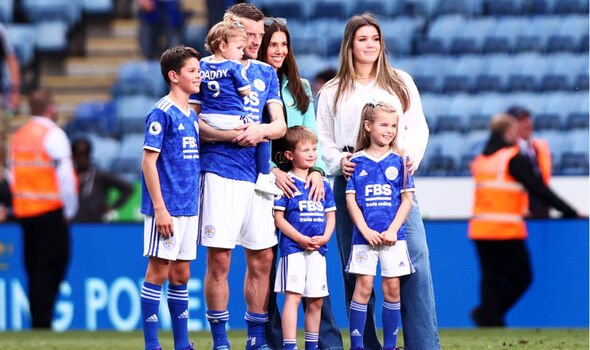 Leicester boss Brendan Rodgers appears to be close to losing his job after a humiliating loss to Tottenham on Saturday. When the dejected coach was asked if he felt that conceding six to Spurs had put more pressure on his job, Rodgers replied: “Very much so. I come in every day and do my work. I totally understand the frustration of supporters. I can’t hide from that. It’s my responsibility.

“Whatever happens I’ll have a huge amount of respect for them [the owners] because they’ve given me great support,” he added. “I understand the game. The scoreline didn’t reflect the game but the bottom line is it’s a heavy defeat.

“They’ve given me brilliant support. Whatever happens to me at Leicester, whether I stay and fight on, I’ll always respect them.”