‘The offer came from Tottenham, I couldn’t believe it’: Richarlison gives his first interview since leaving Everton for Spurs in a £60m transfer – as Brazilian describes playing in the Champions League as a ‘dream’

Richarlison has described playing in the Champions League as a ‘dream’ as he gets prepared for his first pre-season at Tottenham.

The Brazilian, 25, joined Spurs from Everton last month in a £43m deal and has given his first interview since swapping Merseyside for north London.

Speaking to Tottenham’s media wing, Richarlison described his delight at signing for Spurs and his new manager, Antonio Conte, who he said was ‘one of the best coaches in the world’. 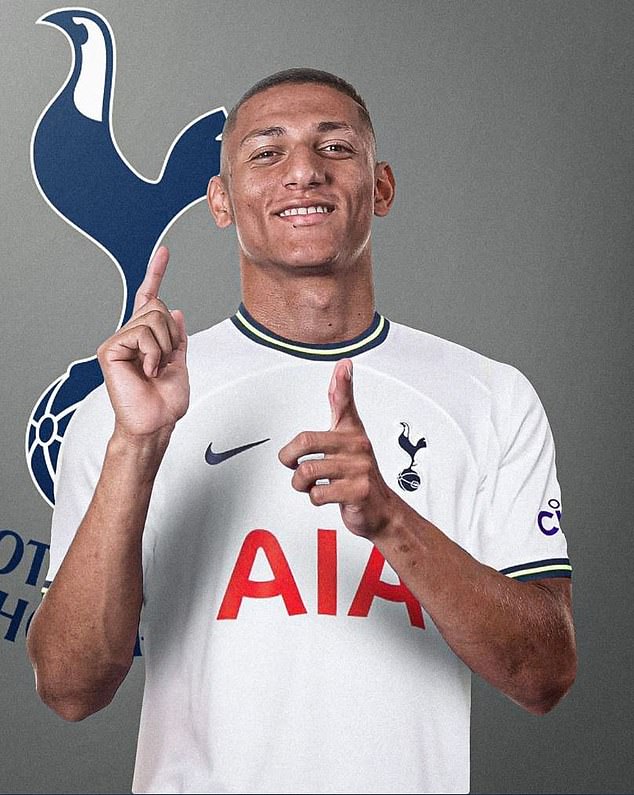 He said: ‘I’m very happy for this moment.

‘I remember when I was in Brazil and came the offer from Tottenham, I couldn’t believe it. And after I signed the contract, even more so. When I arrived here it gave me a chill in my stomach to see my new team-mates and a new home.

‘Now it’s about working with the great coach I have, with great team-mates too. I hope to make history here in this shirt.’

Meanwhile, Richarlison’s move will grant him his first taste of Champions League football after Spurs pipped Arsenal to fourth at the end of last season. 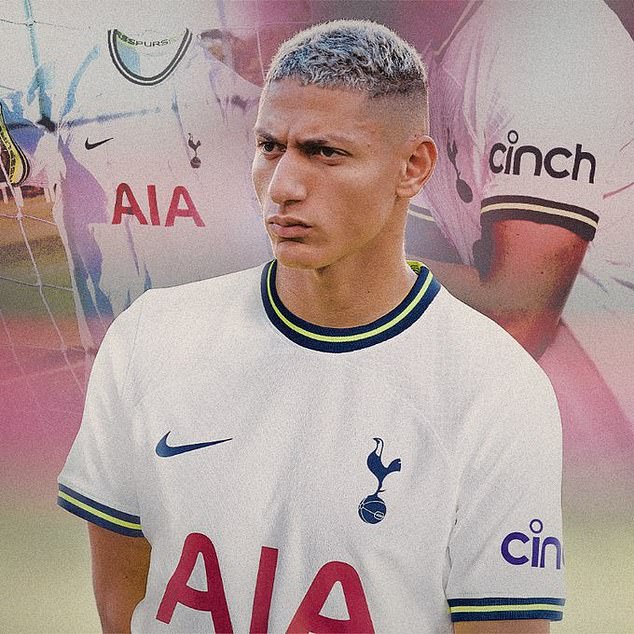 Speaking ahead of his likely September debut in Europe’s premier club competition, Richarlison said that it was a ‘dream’ to be able to play in it and said he might ‘cry’ when he hears the famous anthem for the first time.

‘It’s a dream, isn’t it?’ he said. ‘I was even commenting with my friends that (watching on) the TV gave us goosebumps, just listening to the theme song. Now I can be inside the stadium, listening to that music at the start of the match and playing the Champions League.

‘I always said it was my dream to play in the Champions League, and now this dream will come true. And let’s see what will happen, I hope to start this Champions League on the right foot.’

‘I don’t know, maybe I can cry, because it will be a special moment,’ he said in response to a question regarding his feelings when he hears the anthem for the first time. 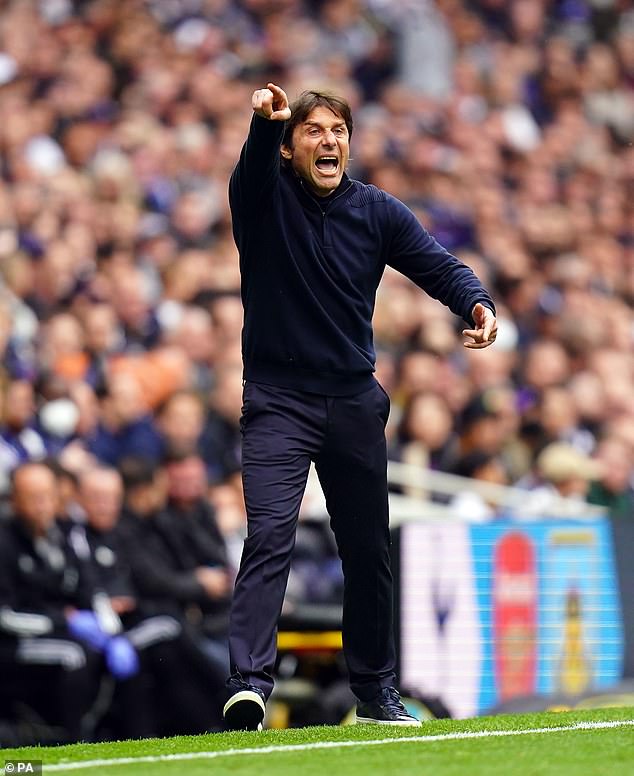 ‘He’s one of the best coaches in the world, isn’t he?’ Richarlison said of his new coach Antonio Conte (pictured)

‘All the players dream of playing in this great competition. I’ll be quite emotional.’

Richarlison went on to talk about his new coach, Conte, and said that it was a ‘privilege’ to be able to play under him.

‘He’s one of the best coaches in the world, isn’t he?’

‘So it’s a privilege to be here, to be coached by him. I believe I will learn a lot working with him.’