Jude Bellingham has the ‘full package’ and ‘improves every team on the PLANET’, insists Rio Ferdinand, as Owen Hargreaves urges Premier League giants to buy the midfielder ahead of Dortmund team-mate Erling Haaland

The 18-year-old midfielder was man-of-the-match as the German side thrashed Turkish side Besiktas 5-0 in the Champions League at the Signal Iduna Park on Tuesday and is one of the hottest properties in Europe.

And Ferdinand insisted former Birmingham star Bellingham is the ‘full package’ and appears way beyond his years on and off the pitch. 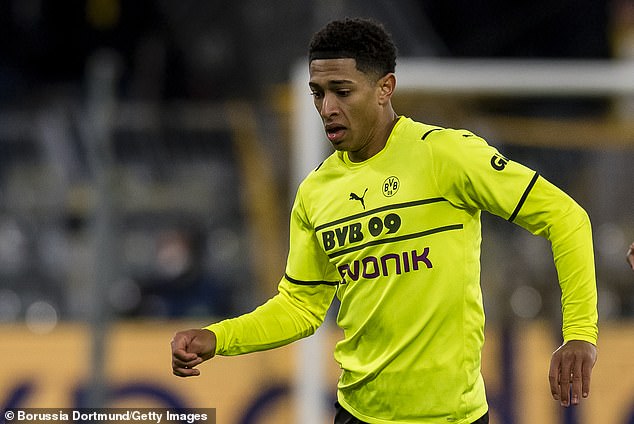 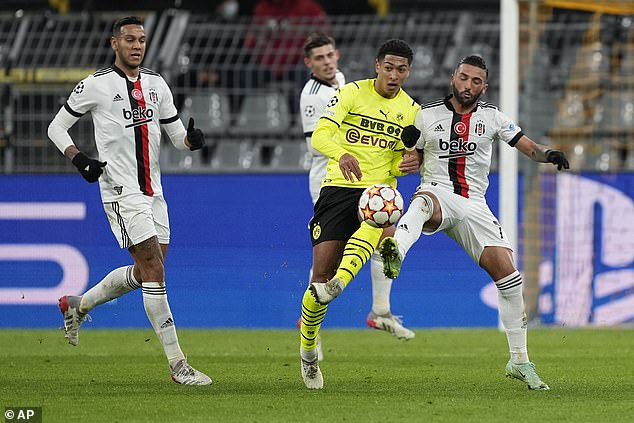 The Borussia Dortmund midfielder, 18, was man-of-the-match against Besiktas on Tuesday

He said: ‘We’ve got some great young talent in this country. Jude Bellingham could be the one who has the full package. To become captain, leader, man amongst men. To play multiple positions and dominate big games throughout his career.

‘It’s a big challenge to him and I don’t want to go overboard but I have to because what he does in all games when you see him, what he does, there’s a moment in the game where he makes you go ‘he can’t be 18 years old’.

‘Whether it’s a bit of skill, or just a body position, the way you see him demand the ball from somebody, he does things that make you think ‘that’s a 25-year-old who’s been playing at the top for five or six years.

‘There aren’t that many players at that age, if any, where you can say he improves every team on the planet he goes to right now – at 18 years old. He improves everyone one of those teams.’ 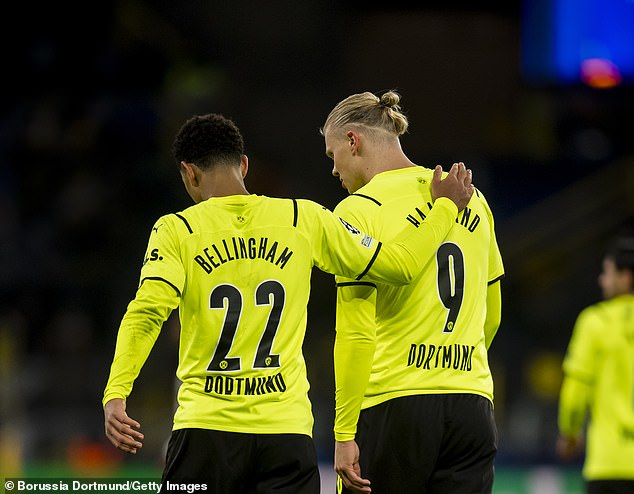 And Ferdinand, along with fellow pundit Owen Hargreaves, lavished praise on the teenager, with Hargreaves urging clubs to sign him before Dortmund team-mate Erling Haaland (right)

He added: ‘First of all, against (Manchester) City he was the best midfielder on the pitch, with (Kevin) De Bruyne out there, which is crazy.

‘Everyone’s going on about (his Borussia Dortmund team-mate Erling) Haaland, ‘spend the money on Haaland’, and rightly so. But, honestly, if I’m a big team in England – United, City, Liverpool, Chelsea – that is the guy you go and get.

‘That is the heart of your midfield for a decade. Whatever it costs, you go and make that happen because he is special.’