Bruno Fernandes’ instant impact at Manchester United has been clear for all to see and Rio Ferdinand has noticed one player in particular to have benefitted from the midfielder’s arrival. United sailed through to the Europa League last-16 stage after thrashing Club Brugge 5-0 at Old Trafford on Thursday night.

Fred stole the headlines late on with his first two goals for the club while Odion Ighalo got on the scoresheet in his first start.

But Fernandes once again pulled the strings in the heart of United’s midfield, stretching their unbeaten run to seven games in all competitions.

Ole Gunnar Solskjaer used the game against Brugge to give a a rare start for Juan Mata, who provided the assist for Ighalo’s goal.

And Ferdinand has credited Fernandes for creating the space for Mata to find good form. 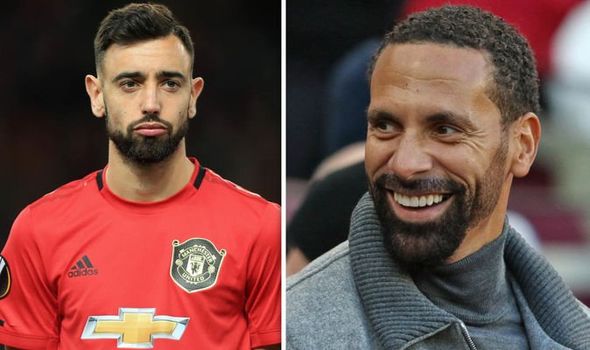 “He’s come in and he’s been a breath of fresh air,” Ferdinand said on his YouTube channel.

“There’s no airs and graces and he looks like he’s come in and is someone who wants to play football and enjoys his football.

“He’s somebody who is going to have an influence and impact on other people it seems. He’s come in and I’m seeing improvements in other people’s performances.

“Mata for one, him and Mata have linked up very well. He plays the ball in to people, his awareness of space and people around him is phenomenal.

“I’ve got to stress, this is still early days, this ain’t like we’re talking about him as the saviour, but where we are now he’s scored two back-to-back penalties, but more importantly it’s been his performances, how he’s carefree, his imagination.”

United will feel good about their chances to reach the Europa League quarter-finals after being drawn to face Austrian side LASK.

Top of the agenda for Solskjaer right now though is moving into the top four in the Premier League.

Wins over Watford and Chelsea, where Fernandes has scored one and provided two assists, have put United just four points behind Frank Lampard’s side with a game in hand. 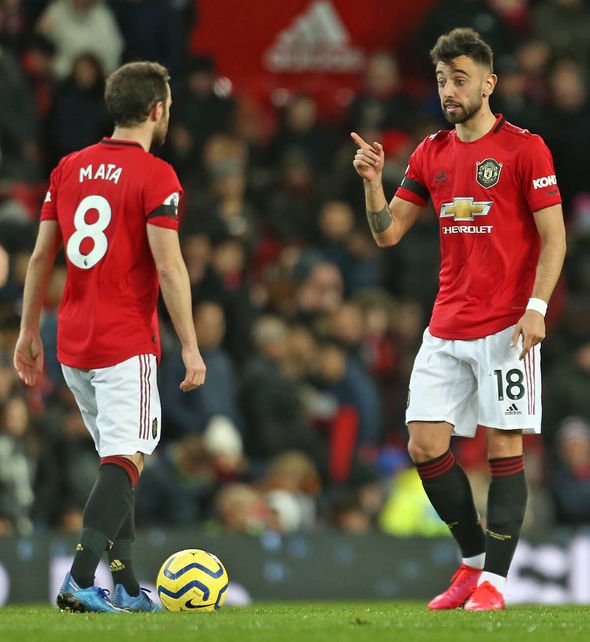 They have the chance to close that gap to just one point this afternoon when they take on Carlo Ancelotti’s Everton side.

It was a new low for Solskjaer in the fixture last season however, after United were thrashed 4-0 by the Toffees at Goodison Park.

“That was the lowest I’ve been,” Solskjaer said. “I think you all know that and remember that. That was a capitulation.

“We had absolutely nothing about us, even though their goals were more or less counter-attacks from set-plays and long throw-ins. Everything you didn’t want to see you saw in that game.”