Rio Ferdinand has revealed the moment he bumped into Serge Gnabry on a beach in Dubai when he was in a “depressive mood” over his time at Arsenal. Gnabry spent five years at Arsenal after joining from Stuttgart in 2011. The winger made 18 first-team appearances under Arsene Wenger but struggled with injury during the latter part of his time at the club.

The German spent part of the 2015/16 season on loan at West Brom but the then Baggies manager Tony Pulis claimed he was not up to standard and he featured just three times.

After leaving Arsenal for Werder Bremen in 2016, Gnabry has become a star for Bayern Munich and a regular for his national team.

Ferdinand has paid tribute to the way the 24-year-old has turned his career around after their chance meeting several years ago.

“Yeah I saw him in Dubai on the beach, him and [Hector] Bellerin came and they were just having a bit of time off,” Ferdinand said on BT Sport. 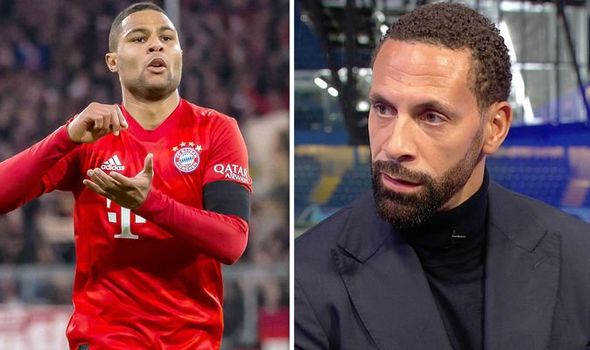 “He was in a real kind of down, depressive kind of mood.

“You could see the determination and the desire to actually become a player and what he’s done to go and turn his career around the way he has has been phenomenal.

“He deserves enormous credit for that because some players would fold under that disappointment of not playing somewhere.”

Gnabry spoke of his time in England ahead of this week’s Champions League last-16 first leg against Chelsea.

“I’m glad with how it’s turned out,” he told the BBC

“The route I’ve taken made me what I am and who I am today.

“I had hard times [in England]. English football is a bit tougher I would say in the youth than back in Germany, so you also have to adapt to that. 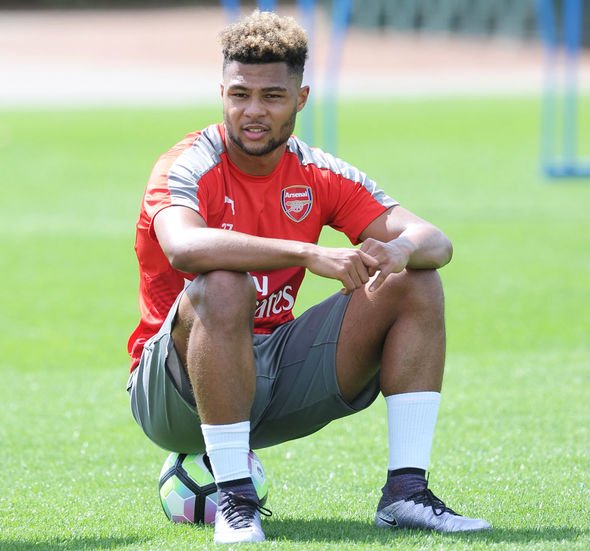 “I think everyone who goes through a similar scenario experiences the same, but in the end it is an experience and it makes you grow.

“I knew that I needed to play again at a high level, and I think Germany in the couple of years since I moved had progressed a lot.

“So I thought: ‘OK, take a chance on that, let me go back.’ I didn’t see a lot of game time at Arsenal the next season. That was the key factor.”