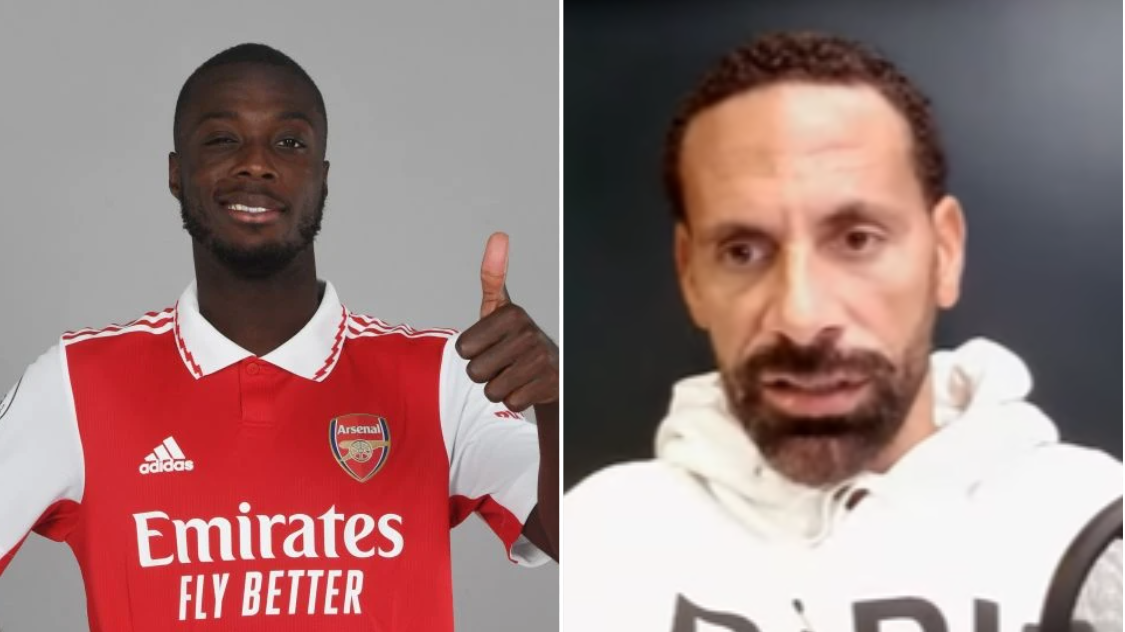 Rio Ferdinand says Arsenal should consider a swoop for potential free agent Wilfried Zaha, a player he believes the Gunners should have signed three years ago when they instead opted for Nicolas Pepe.

The Crystal Palace star is about to enter the final six months of his contract and appears increasingly likely to leave Selhurst Park on a free transfer next summer when his current deal expires.

Zaha has been linked with a host of clubs – with Spanish giants Barcelona the latest team rumoured to be interested – though a switch to another Premier League side appears to be the most likely outcome.

Ferdinand feels the 29-year-old would strengthen most top-six teams but especially Arsenal and Newcastle, saying the Gunners messed up by not signing Zaha back in 2019 when they instead spent £72million on Pepe.

Speaking on his Vibe with FIVE YouTube show, Ferdinand said: ‘He’d be good at Arsenal I think.

‘At Arsenal he’d be a good challenge to the two [Bukayo Saka and Gabriel Martinelli] that are there and a good option. They should have bought him when they bought Pepe!’

Also backing Zaha to be a hit at Newcastle, he continued: ‘If I’m Newcastle I buy him, straight up. And I’d take him and I’d sell Allan Saint-Maximin.

‘Or I’d have them both. He scores more than Saint-Maximin. I think Wilfried Zaha at Newcastle is a problem mate.’

Speaking more generally about the likelihood of Zaha leaving Palace at the end of the season, Ferdinand said: ‘He’s probably had people tapping him up already, he’s probably got a club semi-lined up if not 100% lined up already.

‘Out of the big teams in the league, the top six, are there any of those teams that want him or need him? And will he go and play?

‘Because I know Wilf, Wilf ain’t looking to go nowhere and be a squad player. I don’t see Wilf wanting to do that, that’s not in Wilf’s nature – unless he changes.

‘But if Wilf goes somewhere and they say he’s going to be a squad player, I think he’ll say, “Get me on the first bus back to Palace!”’