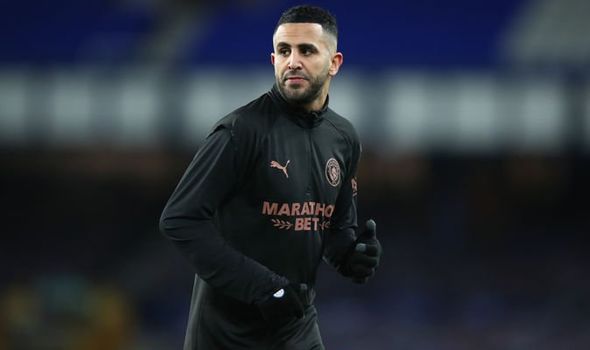 Riyad Mahrez says Manchester City want to keep breaking top-flight records this season as they close in on silverware on four fronts.

The City forward’s second half strike against Everton at Goodison Park on Wednesday night sent City past the previous best of nine straight wins from the start of a calendar year eclipsing a mark set by Manchester United and Bolton.

But Mahrez maintained that such is the hunger in Pep Guardiola’s squad that they have a host of other landmarks in their sights between now and May.

“I don’t know what we can achieve because there is still a long way to go,” said Mahrez. “Obviously, we are focused and are trying to win as many games as we can.

“But we have to take it game by game and the next game is Arsenal. We have to be ready for this game and focus.” 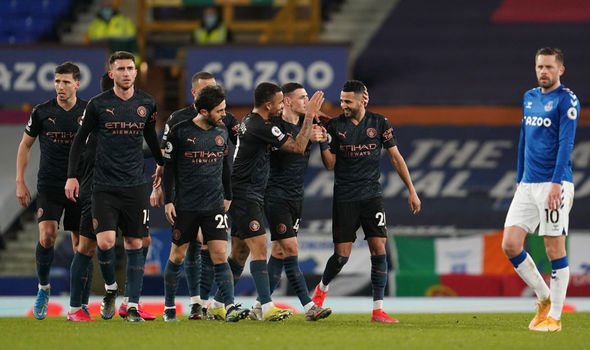 The biggest prize in English football – the quadruple – is still alive for City.

Guardiola’s side are 10 points clear in the Premier League and still going strong in the FA Cup, Champions League and face Spurs in the final of the Carabao Cup.

With City unbeaten in all competitions in 24 games they need another 17 to beat the 40-match streak in the English top flight by Nottinham Forest in 1978.

Looking further afield City can establish themselves among the greats of European history if they can go another 10 unbeaten.

The current record for consecutive wins in all competitions by a top flight European team since UEFA competitions began is held by Ajax with 26 in 1971-72.

Mahrez admitted Guardiola will keep the heat under his squad until the end of this campaign as he seeks to land his third Premier League title.

And in Phil Foden he believes they have a player who is improving fast enough to take them to trophies. 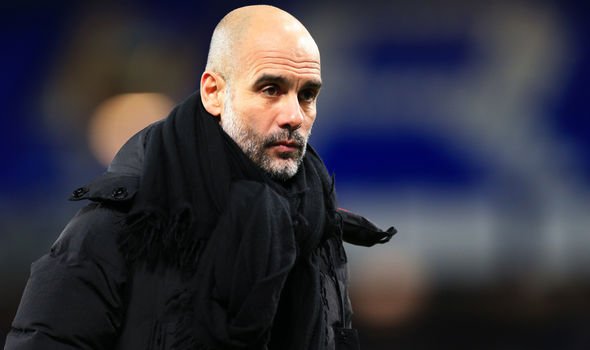 “Phil is improving a lot and when you are young the most important thing is to play and play and play,” the Catalan boss said.

“That is the best way to improve and this season he has been very good.

“Everyone has been on top form this season so we have improved and developed the team.”

City return to action at Arsenal on Sunday (4.30pm).