Cristiano Ronaldo has been charged with improper conduct by the FA after he slapped a mobile phone out of the hand of a teenage fan after Manchester United’s defeat to Everton in April.

Ronaldo has been charged with a breach of FA Rule E3 relating to improper and/or violent conduct following the incident.

A statement from United read: ‘We note the FA announcement in relation to Cristiano Ronaldo. We will be supporting the player in his response to the charge.’ 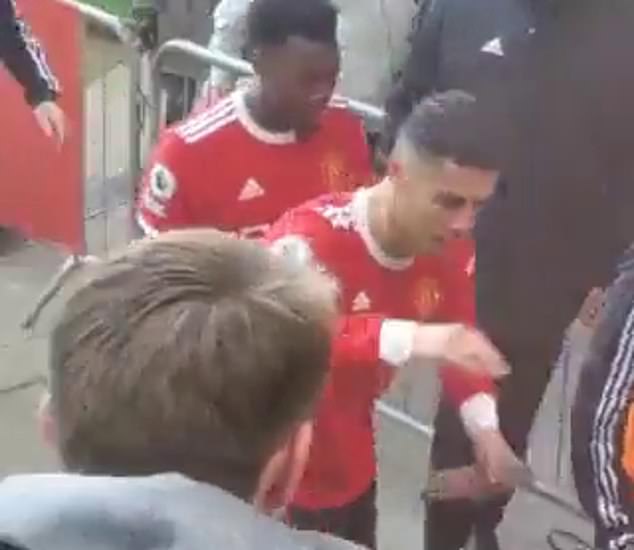 Following United’s 1-0 defeat to at Goodison Park last season, the Portuguese forward appeared to slap the hand of Jacob Harding as he stormed down the tunnel, damaging the boy’s phone.

Ronaldo apologised afterwards but was interviewed by police in relation to alleged assault and criminal damage and received a caution.

‘It’s never easy to deal with emotions in difficult moments such as the one we are facing,’ the 37-year-old wrote on Instagram after the incident.

‘Nevertheless, we always have to be respectful, patient and set the example for all the youngsters who love the beautiful game.

‘I would like to apologise for my outburst and, if possible, I would like to invite this supporter to watch a game at Old Trafford as a sign of fair play and sportsmanship.’

Pulisic returns, to start U.S. WC warm-up game
Recent Posts
This website uses cookies to improve your user experience and to provide you with advertisements that are relevant to your interests. By continuing to browse the site you are agreeing to our use of cookies.Ok