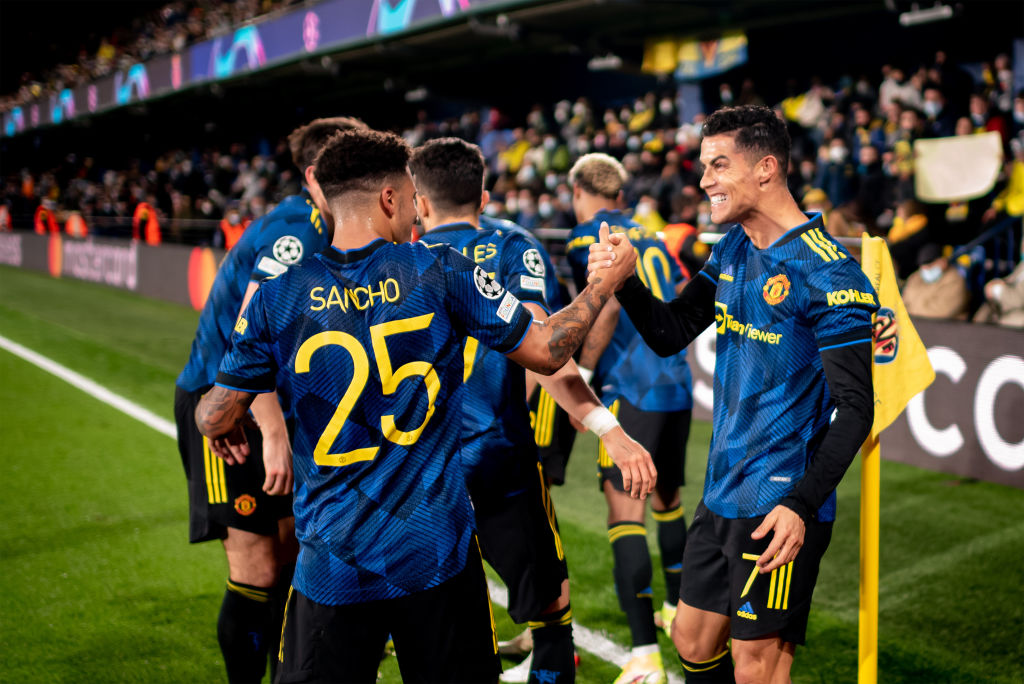 United booked their spot in the last-16 of the Champions League with a 2-0 victory against Villarreal on Tuesday night, with Ronaldo scoring the first of the two goals in Spain.

The players have come under-fire in recent months and have been accused of downing tools in the last weeks of Solskjaer’s tenure.

But Ronaldo came out fighting after United got back to winning ways in Spain, insisting that the players will ‘never stop’ fighting for the club.

‘Always great to play in Spain, amazing to win in Spain, satisfying to score in Spain, a country where I always felt special,’ said Ronaldo.

‘Congrats to the lads for a great victory that puts us where we belong!

‘We are Man. United and we will never stop fighting for this club! Let’s go, Devils!’

Michael Carrick dedicated the victory to Solskjaer in his post-match interview and he’s expected to remain in charge for Sunday’s trip to Chelsea.

United have interviewed former Lyon coach Rudi Garcia over taking interim charge at Old Trafford, while Ernesto Valverde is another option under consideration.

Mauricio Pochettino played down speculation he could switch Paris for Manchester in his press conference yesterday but the Argentine is still open to a move to Old Trafford.