Cristiano Ronaldo will be in for some physical punishment from Italy if Portugal meet the Azzurri in the play-off final for the World Cup, warned Leonardo Bonucci.

The veteran centre-back, who played alongside Ronaldo for Juventus before the striker left for Manchester United, says Ronaldo ‘knows he will suffer blows’ in the expected showdown.

Neither Italy or Portugal managed to qualify for the World Cup at the first time of asking so Ronaldo and Co face Turkey in the semi-finals with Roberto Mancini’s men taking on North Macedonia. 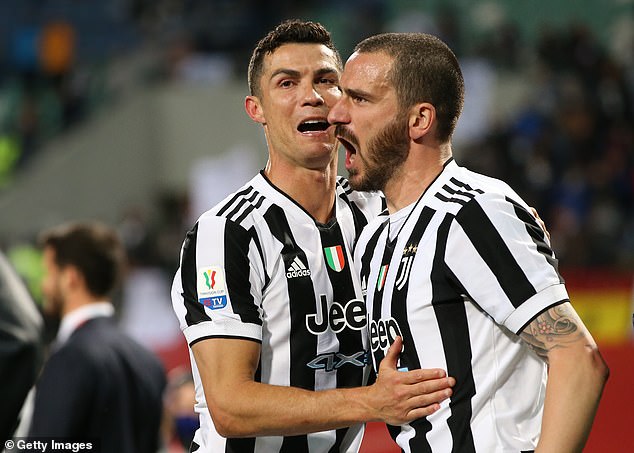 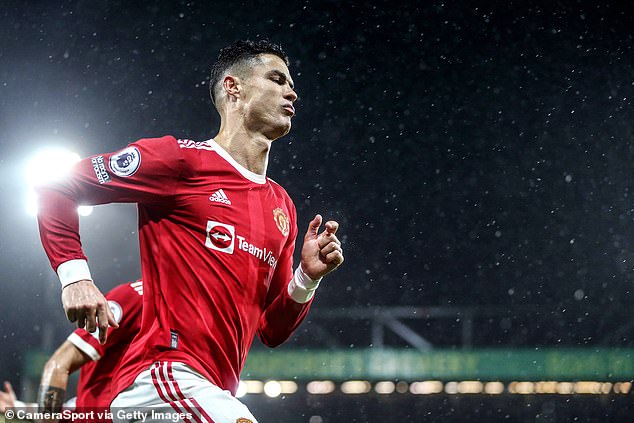 Both teams are expected to come through unscathed and meet in the final with a place in next year’s Qatar World Cup on the line.

Bonucci is excited at the prospect of the do-or-die game and told Rai Sport: ‘I heard Cristiano Ronaldo and we joked about the possible Portugal vs Italy match, we’ll see what happens on the pitch, Cristiano knows he will suffer some blows.’

He added: ‘We have to concentrate on what we will do on the pitch, then in March we will meet again and I am convinced that we will play two great matches.’

While it seems the comments were made in good humour by the 34-year-old centre-back, he has spoken negatively about Ronaldo in public before.

Back in October, when asked by Sky Italia if Juventus were more of a team without Ronaldo, he responded: ‘It’s absolutely true. 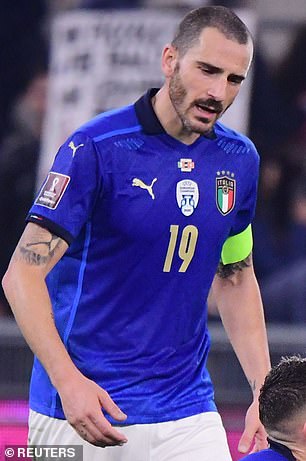 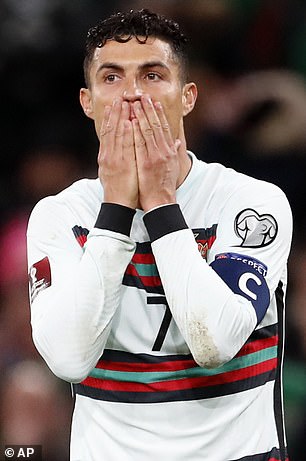 ‘In the recent past we had lost this characteristic from Juve, we were playing with a great champion like CR7 and we wanted to put him in a position to always do well, thinking he could solve all the matches.

‘This year we are rediscovering that right humility that it serves to regain victory.’

And his Juventus and Italy team-mate Giorgio Chiellini felt Ronaldo’s late exit in the transfer window left the Turin club in the lurch.

He told DAZN: ‘We had reached a point in the relationship where Cristiano needed new incentives and a new team that could play for him, because when he finds such a team he is decisive.

‘He has been proving it in recent months and showed it in the three years that he was with us.

‘A rejuvenation restart programme grew here at Juventus. If Ronaldo had stayed, it would have been an added value and we would have gladly exploited it, but he might be thinking more about the present than the future.

‘He left on August 28th, it would have been better for us if he had left earlier. It’s something we paid for, there’s a little shock in it for you and in my opinion we paid for it in terms of points.

‘Had he gone away on August 1st, we would have had time to prepare better.’

While Bonucci is looking ahead to the potential play-off final, he noted that there is added motivation to reach the World Cup for his children. 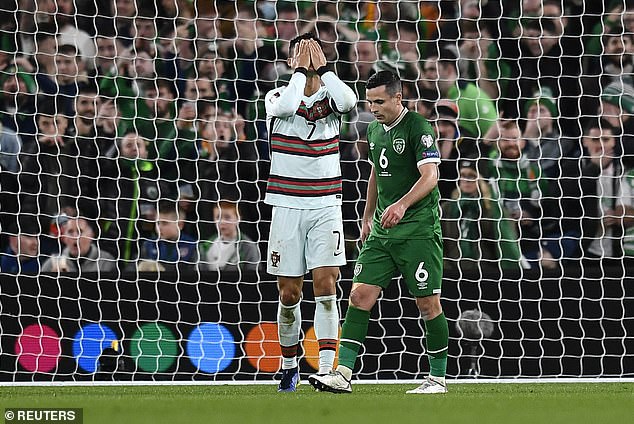 He added: ‘I want to give a gift to my children who have never seen Italy at the World Cup.

‘The European Championship was all fantastic, we are aware that we have done something very important. But now let’s put the past aside and focus on the next match between Italy and North Macedonia in Palermo.

‘My son is excited, going to play in Sicily means a lot to us and I’m sure many fans will be waiting for us.’