Derby manager Wayne Rooney is still looking over his shoulder despite a 2-0 win over Luton that lifts his side eight points clear of the relegation zone.

Goals from Lee Gregory and Graeme Shinnie settled a game Rooney described as a ‘must win’ for his team who are now 18th on 43 points.

Derby had gone seven games without a win heading into their game on Good Friday and Rooney admitted: ‘It was a game we had to win. 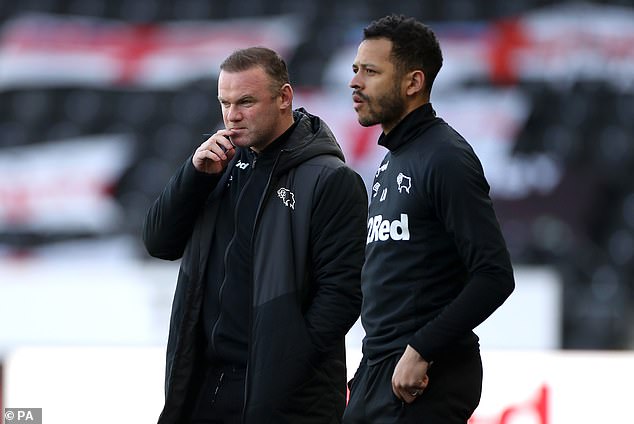 ‘I stressed to the players before the game we cannot leave the stadium without three points today, it was as simple as that.

‘I thought we started really well and getting the goal so early in the second half should have calmed the game down but it got a bit scrappy although overall I felt comfortable and we thoroughly deserved the three points.

‘We have to keep pushing and trying to win games, we’re not safe at the minute but if there becomes a point when we are, we can’t afford to take our foot off the pedal. I want to win games and we’ve got a big one coming up against Reading on Monday.’ 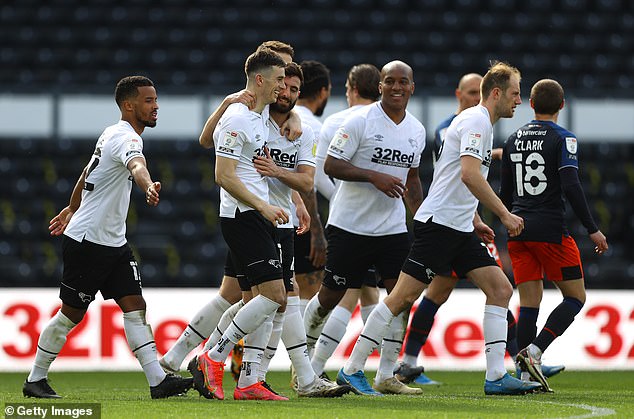 On the incident at the end of the game, Rooney said: ‘I didn’t see, it’s the first time I’ve walked straight down the tunnel so I don’t know what’s gone on.

‘These days it could be something very serious or something very small. I’ll get to the bottom of what happened. I want my players to play with good discipline which they have done.’

Luton manager Nathan Jones felt his side paid for their poor starts to both the first and second halves.

He said: ‘It’s frustrating because of the way we started both halves. We didn’t really start on the front foot in either half and that’s what cost us. 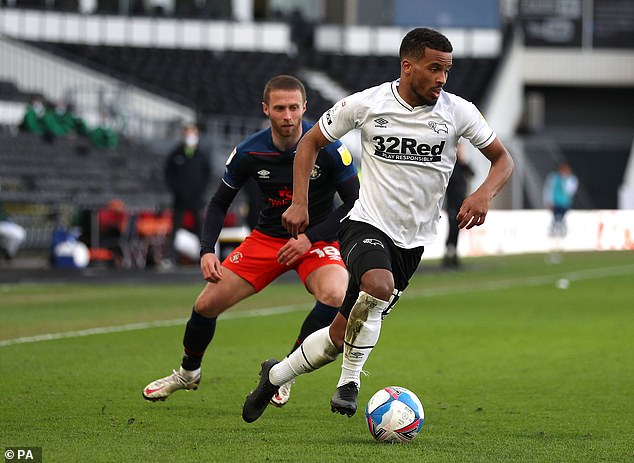 ‘We had enough chances to have got something from the game but when you start both halves in the manner that we did, it’s very difficult to win a football match We just didn’t do the basics well enough, didn’t defend our box well enough on two occasions.

‘I’m not going to be very critical of the referee because if we had defended our box better on two occasions and take the chances then we get something from the game, so for me to mention the referee looks like I’m trying to mask over something which I’m not trying to do’

On the Kazim-Richards incident, Jones said: ‘To be fair to Derby it was one player pretty much offering everyone on. It reminded me of a David and Goliath type of thing, he wanted to take on the armies of Israel.’

Tags: caution, De, his, Rooney, to, urges
You may also like
Latest Posts