Gilmour has looked promising since making the jump to the first-team squad this season.

His game-time for the first-team has been limited so far, but he has impressed whenever given the chance.

The 18-year-old started in the middle of midfield for Frank Lampard’s side and had a brilliant game,

Gilmour has played two full games for the youth team in the UEFA Youth League, and played in both the League Cup and FA Cup for the first-team. 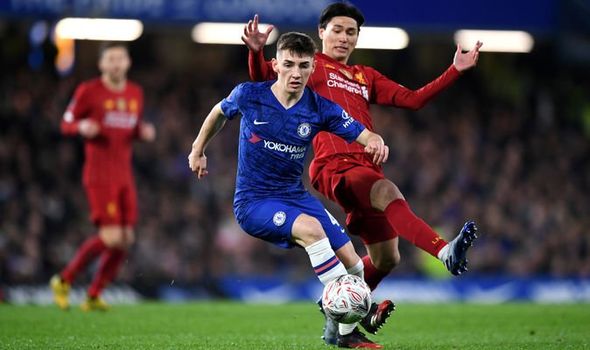 His performance seemed to have rubbed off on fellow midfielder Barkley, who he played alongside against the Reds.

Speaking after the game, he spoke highly of Gilmour’s attitude in training.

“Today he was brilliant but it’s not a surprise to me,” said the scorer of Chelsea’s second against Liverpool.

“The way he trains every day… I saw him last season and he was quality in training.

“He’s shown that with the little chances he had this season.

“Today was a top performance and long may it continue.”

Lampard was also full of praise for his protege, claiming the teenager reminded him of players like himself. 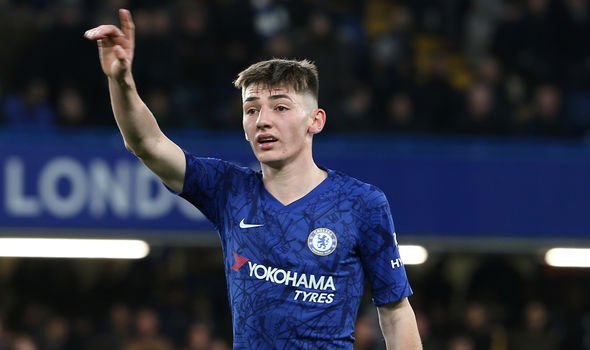 The boss said: “He’s a throwback to the days of midfielders as I grew up, when people said ‘can you put your foot in?’, Yes, ‘can you make angles always to get the ball?’, Yes, ‘can you play the right pass and pick the simple one at the right time?’, Yes, and he’s got all that.

“What an incredible performance from a young player against the best team in the land.

“People might look at him and see he’s quite slight (but) he’s huge in personality.

“I have absolute trust in him. If he is small in stature, he is huge in personality and talent.”