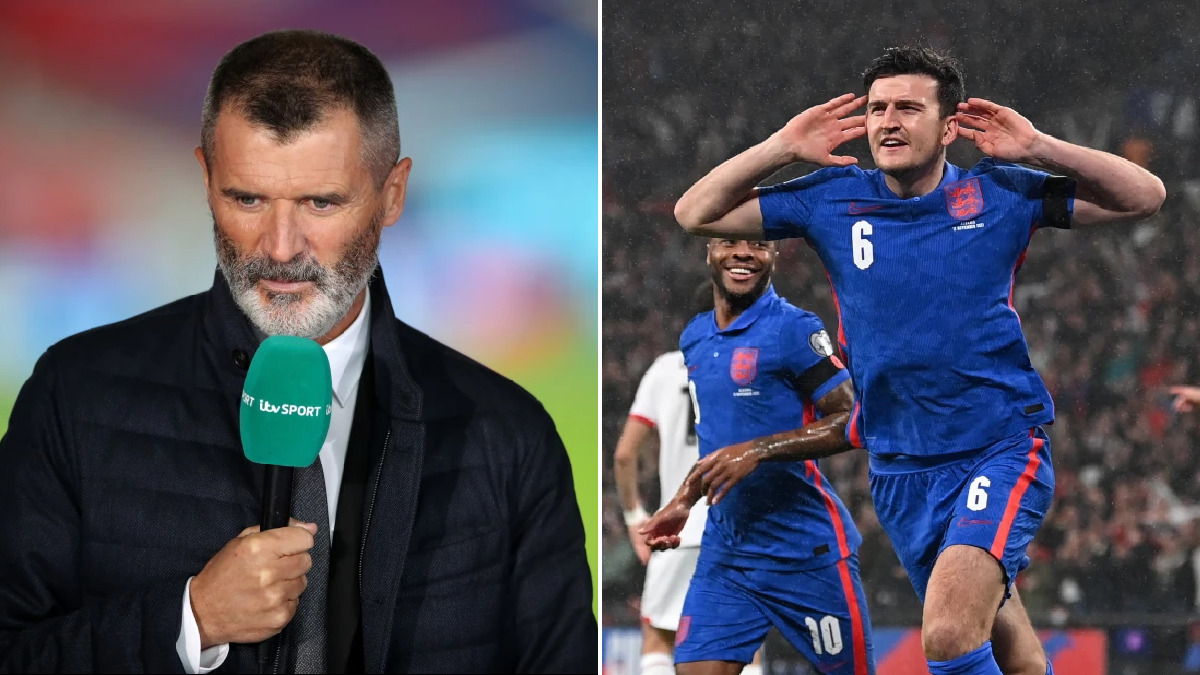 Roy Keane has been accused of ‘bullying’ Manchester United captain Harry Maguire after he slammed the defender’s England goal celebration.

Maguire scored the opener in England’s 5-0 win over Albania on Friday night and proceeded to run to the corner flag cupping his ears.

It seemed to be his way of silencing some of the criticism sent his way following a string of poor performances for United.

But Keane, working as a pundit for the match, took aim at Maguire for the way he celebrated.

‘When a player scores puts his hands to his ears he’s like shutting the critics up, but I think that’s embarrassing, he’s been a disgrace to Man United. He thinks he scores there he’s shut his critics up, embarrassing,’ Keane said.

But the former United captain has now found himself being criticised with ex-Aston Villa striker Gabby Agbonlahor branding his comments as ‘bullying.’

‘I’ve seen the quotes and the video of it from Roy Keane and I think Roy Keane’s being a bit of a bully there,’ Agbonlahor told talkSPORT.

‘I think he’s bullying him because Harry Maguire’s been under a lot of pressure, some not very good performances for Manchester United.

‘The next game to prove you’re a good centre-half, yes it’s Albania, but still he had a job to do, he scores, the excitement of scoring you’re going to celebrate.

‘If I was going through a run of bad form and I scored a goal, I’m going to do the exact same celebration.

‘Hands on your ears to the critics that I’m going to try to put in a good performance and I thought he done that Harry Maguire.

‘Every time he does something now, it feels like everyone’s against him. He’s English, he’s the captain of Manchester United, he has the pressure of that.

‘But he’s probably our best centre-half, let’s get behind him, not always trying to criticise him. So for me, it is bullying from Roy Keane.

‘Everyone sort of jumps on the bandwagon whenever Roy Keane says something.’

Maguire could feature for England once again when they take on San Marino on Monday night.