‘It’s not the club I played for… they don’t play with pride’: Roy Keane admits his ‘anger has turned to SADNESS’ after watching Manchester United get thrashed 4-0 by rivals Liverpool at Anfield

Roy Keane insists his anger towards Manchester United has now turned to sadness after seeing them get thumped at Liverpool.

A brace from Mohamed Salah and goals from Luis Diaz and Sadio Mane sent the Reds top of the Premier League with a 4-0 win against Ralf Rangnick’s men at Anfield.

United meanwhile dropped to sixth in the table on goal difference as they suffered another huge blow in their bid to qualify for the Champions League. 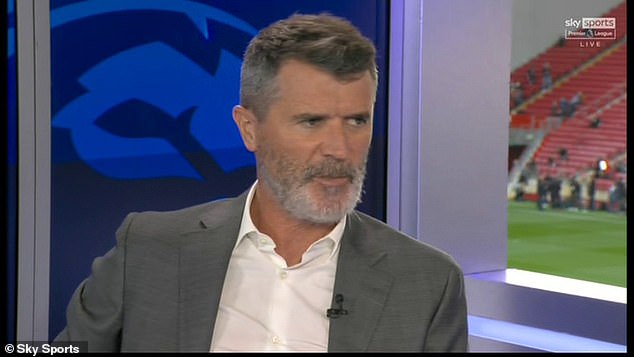 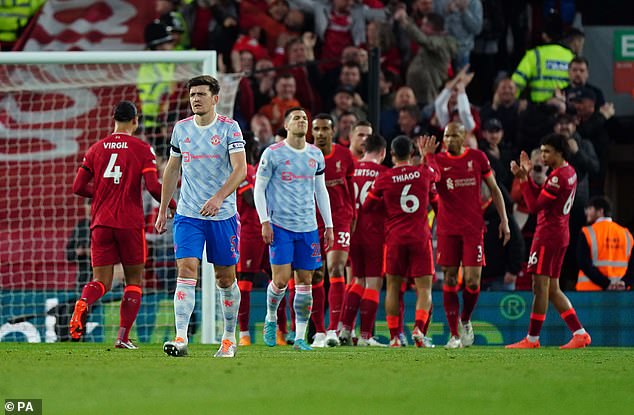 And former United captain Keane – who won seven league titles during his 12 years at Old Trafford – believes the club at the moment ‘does not reflect’ the side he used to play for.

‘It was anger (as a Man United fan) earlier in the season. Now it’s just sadness,’ Keane told Sky Sports.

‘You look at the team today… I didn’t think there was any heart there, no soul, no leaders, they lack real quality.

‘They’re so far off and you look at the United fans tonight… it’s just there’s no surprise with the scoreline. You felt Liverpool could score anytime they go forward. 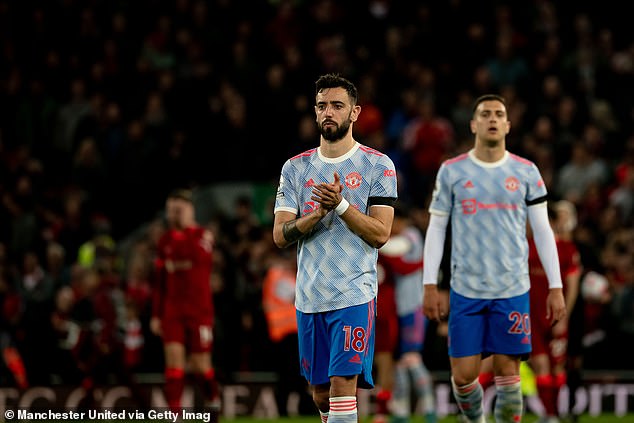 ‘It’s so sad to see United it’s not the club I played for it doesn’t reflect the United I played for it’s chalk and cheese. They don’t play with pride. It’s so sad watching this team it really is. A long night.

Keane’s former team-mate Gary Neville said before the game he thought United had a one per cent chance of winning at Anfield, but the Irishman added: ‘I thought Gary was being ambitious with that.

‘You do look back at the history and think United might turn up, the badge, the quality they might have, but it’s not there, so the result nor the scoreline is a surprise. 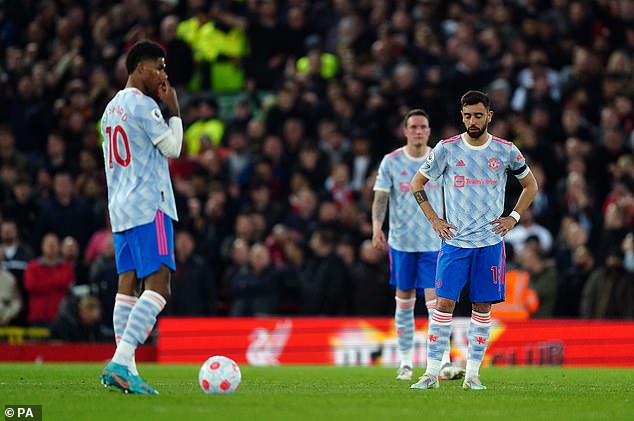 ‘It’s the opposite of what you want in a top team. There’s no leaders, no characters, when the going gets tough, they just crumble. Two goals in the second half, and the fourth goal was just such bad defending.

‘[There was] no fight or determination. It’s a long way back for this club. It’s like a completely different club to the one I played for. We used to fight with pride, I think that’s gone now.’

Keane however was critical of individuals, slamming Harry Maguire for his role in Salah’s first goal on the night, while insisting Jesse Lingard is not good enough for the club and claiming Marcus Rashford played ‘like a child’.

‘They’re good individuals. But when they’re under the cosh, they don’t have the team spirit they need,’ Keane continued. ‘This United team is well short of talent. They’re not as talented as they think. 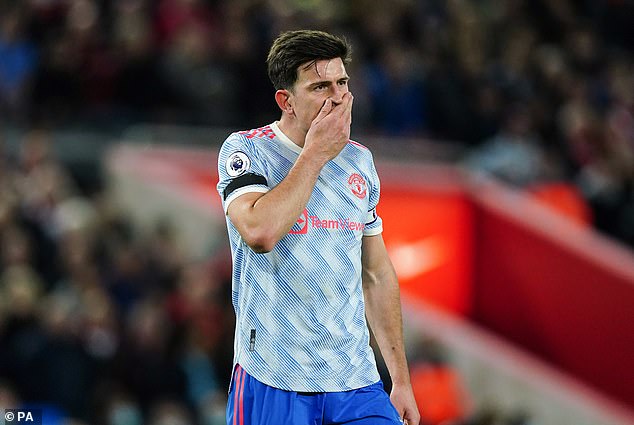 ‘The energy, midfield, Rashford’s performance tonight, Jesse Lingard – he came on to change the game but he should have left Man United two years ago.

‘He’s not good enough for Manchester United. Rashford played like a child up front. Okay, he didn’t receive great service but the one or two bits in the first half where you think he’s through on goal – poor touch.

‘Defensively, we were trying to help Maguire before the game [with a back three], that last goal, his passing and defending was not acceptable.

‘It’s not good enough for Man United so we again have to talk about a rebuilding job. We have to hope they get good lads, decent quality professionals, [who are] talented and try to compete. Man United fifth or sixth in the league? Unbelievable.’

United will now attempt to bounce back when they face Arsenal – who now sit in fifth and have played two games fewer than the Red Devils – at the Emirates Stadium on Saturday lunchtime. 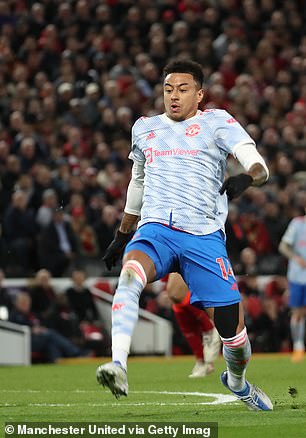 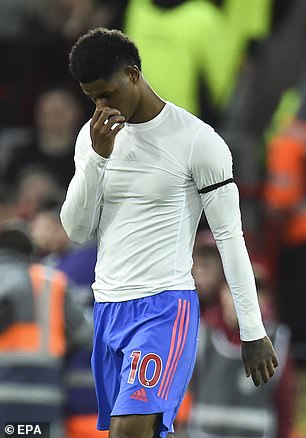