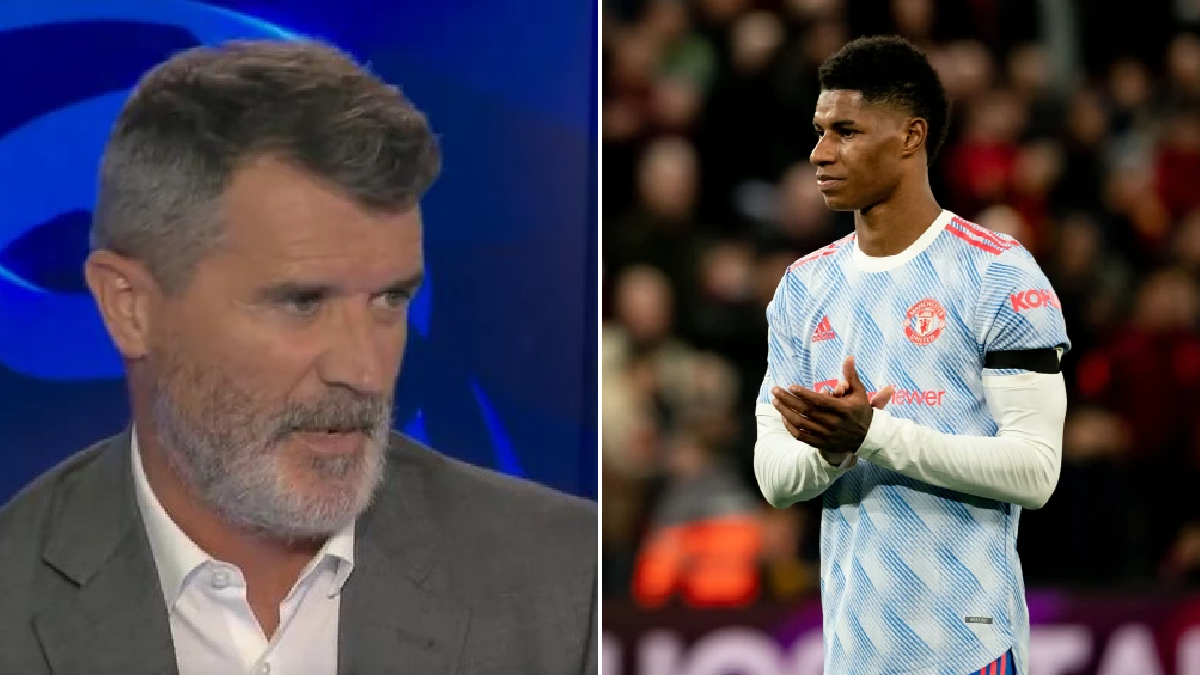 The Red Devils suffered a 4-0 humiliation to rivals Liverpool at Anfield as Mohamed Salah (2), Luis Diaz and Sadio Mane all found the back of the net.

‘Rashford played like a child up front. Okay it wasn’t great service, but the one or two bits he got where he was in on goal and a poor touch.

‘Defensively, we were trying to help Maguire out here before the match, give him a little bit of PR, but the last goal, Maguire’s passing and defending, not acceptable, not good enough for Man United.’

United suffered a 5-0 defeat to Liverpool at Old Trafford earlier in the season and Keane feels it’s a long way back for his old side to be challenging for titles once again.

‘There’s no surprise at the result. Over the two games this season it’s 9-0 to Liverpool,’ he added.

‘United are so far off it – the opposite of what you want in a top team.

‘There is no leadership, no characters, no fight, no determination. It’s a long way back for this club.

‘Whatever we had when I played – that bit of pride – has gone.’