Manchester United legend Roy Keane says he would have “lynched” David de Gea at half time of the trip to Everton if he was a team-mate of the goalkeeper. De Gea was guilty of a huge error early on at Goodison Park which gifted the hosts the lead. The Spaniard took too long with the ball at his feet and his attempted clearance cannoned off Everton striker Dominic Calvert-Lewin and into the net.

De Gea did make a smart save from Calvert-Lewin shortly after to prevent Everton doubling their lead.

United did get themselves back into the game before half time, when Bruno Fernandes’ long-range shot beat England No 1 Jordan Pickford.

But that goal was not enough to prevent Keane from tearing into De Gea at half time. 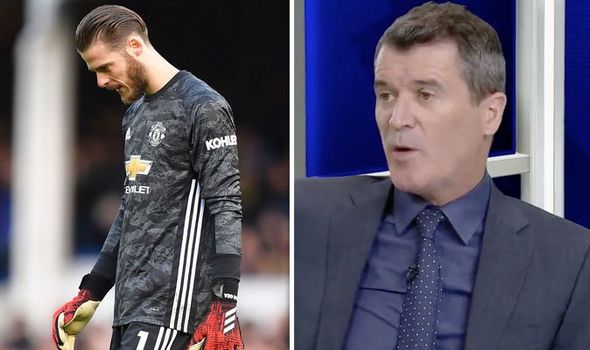 “I swear, it’s crazy. You’re talking about people being too clever but he just takes too long.

“What is he waiting for? If you’re going to make a decision at least do it quickly.

“You’re on about the start of the game, these are huge moments for United in terms of trying to get into the top four.

“You’ve got your experience goalkeeper, what are you waiting for?

“I think there is almost a bit of arrogance to it – ‘Look at me, give me time’. They almost think they’re outfield players.

“I would have lynched him at half time. I’d have no time for that carry on. I know keepers can make mistakes.

“No excuse for that and all of a sudden it’s a big ask. At least United got back into the game.

“This is an experienced international goalkeeper, it’s madness.” 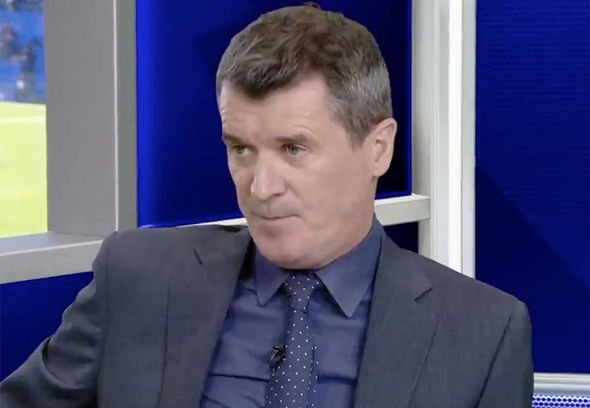 Everton stopper Pickford has been criticised of late, with his place in the England side under scrutiny.

And Keane certainly did not hold back on his assessment of the former Sunderland man after his failed attempt to keep out Fernandes’ shot.

“Do you know what? When I hear that, ‘the ball’s moving’ – the ball is moving, of course it’s going to move when someone kicks it,” Keane added.

“I don’t need to see those stats, I know he’s not a good goalkeeper. We said it before the game, he’s not up to it.

“I don’t care [that he’s the England goalkeeper]. He is not a good goalkeeper.”