Roy Keane aims a dig at Tottenham by saying Harry Kane ‘should be used to disappointment’ after failed Man City move as he urges striker to ‘liven up’ by returning to ‘the basics’… and England captain responds with first half hat-trick against Albania!

Roy Keane took a sly dig at Tottenham as he claimed captain Harry Kane ‘should be used to disappointment’ playing for the club, ahead of England’s clash with Albania on Friday.

Kane endured a summer of disappointment after the Three Lions agonisingly lost the Euro 2020 final on a penalty shootout to Italy and his touted mega-money move to Manchester City fell through.

The England captain has seen his form take a hit following a rocky start to the season for club and country, with just one goal in 10 league games so far this term and was without a goal in his last five matches. 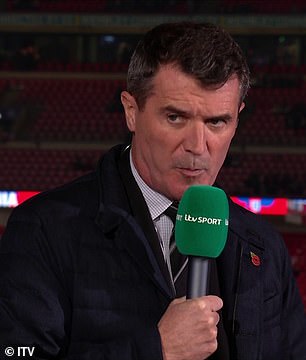 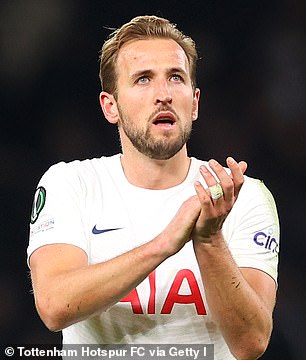 Kane was largely anonymous in England’s previous game against Hungary as they laboured to a poor 1-1 draw at home. He managed just 12 completed passes and a game-low 21 touches – the only player to have fewer was Jordan Pickford.

But Kane responded to recent criticism with a first-half hat-trick against Albania. He ended his drought with a headed finish to put Gareth Southgate’s side 2-0 up within 18 minutes, before adding a second and third before the break.

The striker recently admitted that the heartbreak of Euros and his doomed transfer saga had taken its toll mentally. 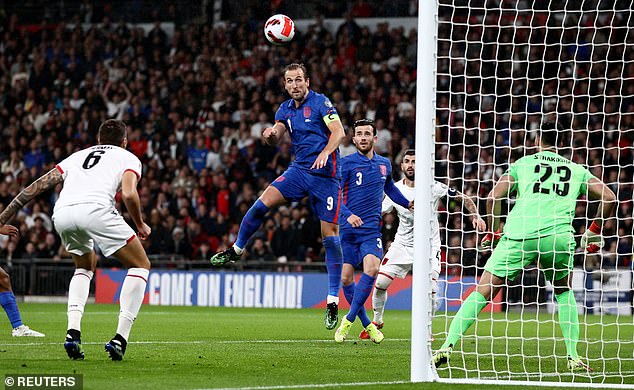 However, former Ireland international Keane claimed there are ‘no more excuses’ for Kane as he should be used to suffering disappointment after playing for Tottenham.

‘He’s got to liven up. He’s got to look at himself and say, “listen get over this disappointment”,’ he said on ITV before kick-off.

‘Listen, he plays for Spurs, he should be used to disappointment.

‘Get back to the basics. Get hold of the ball. Show some strong leadership skills. No more excuses.’ 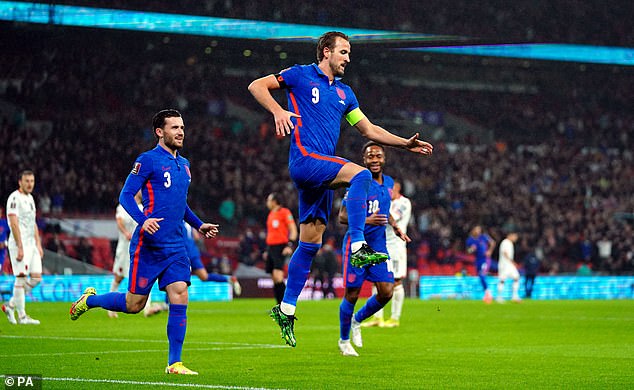 But Arsenal legend Ian Wright came to the Tottenham captain’s defence. He insisted it is not easy for Kane to bounce back but hoped that new Spurs boss Antonio Conte can help him find his form.

‘What Harry Kane has gone through, that’s not easy,’ he said.

‘In his mind he probably thought that [the Man City move] was going to happen.

‘So, to get himself back to where he needs to be, with a new manager now because the old manager didn’t quite work for him, hopefully he’ll get that clicked in sooner rather than later.’