Antonio Rudiger has hailed the impact of Thomas Tuchel at Chelsea following three wins on the trot, while appearing to make a subtle dig towards former boss Frank Lampard.

After a goalless draw against Wolves in his first match in charge, Tuchel has guided Chelsea to victories over Burnley, Tottenham and Sheffield United, and he has already started to implement his intense attacking philosophy on his young side.

Tuchel took over at Stamford Bridge following the ruthless sacking of club legend Frank Lampard amid a dismal run of form. 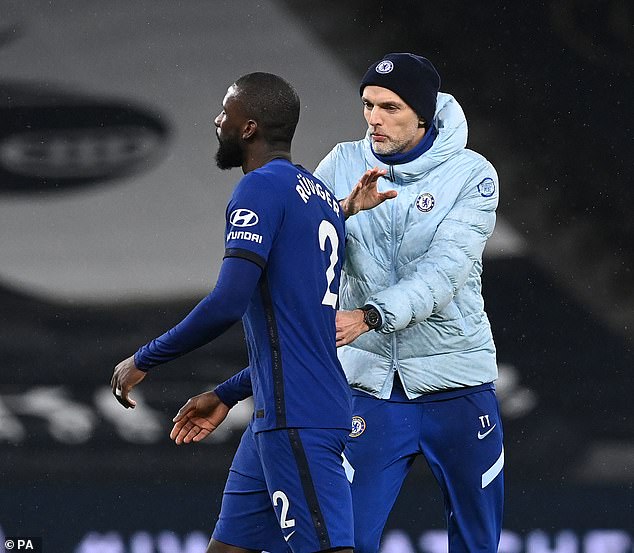 Rudiger had been frozen out by Lampard at the start of the season, and he was recently forced to shoot down ‘nonsense rumours’ that he played a part in the former midfielder’s dismissal after their relationship became strained.

But now with Tuchel firmly settled in, the experienced Germany defender appeared to make a thinly-veiled dig at Lampard after praising the new manager’s instant impact.

‘The most important impression he’s made is that he knows what he wants,’ Rudiger told Sky Germany when speaking about Tuchel.

‘He has his way of playing football, which is positive for many players. This is also reflected in the latest results This has been a good, positive start for him.’

Rudiger fell down the pecking order under Lampard before starting three of the last four games of his reign – and he has been ever-present in Tuchel’s starting line-up so far, with his latest appearance coming in the 2-1 victory at Sheffield United on Sunday night. 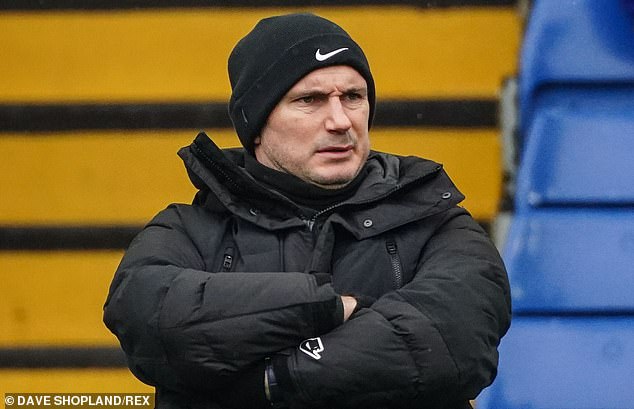 And Rudiger, who confirmed PSG’s loan interest in him last summer as he looked to end his Chelsea nightmare, has spoken about his relief at getting more minutes under his belt again.

He added: ‘At the end of the day you want to be on the pitch as a footballer.

‘As a footballer, you can’t be satisfied and you want more, you want to play so that’s been a real positive for me. He (Tuchel) wanted to bring me to PSG in the summer but otherwise we had not spoken.

‘I’ve only ever played against him so we didn’t know each other before.’

Immediately following Lampard’s departure, Rudiger had been painted as one of the key figures in the dressing room to have caused problems during his tenure and had been criticised for reportedly urging the board to change the manager.

But the 27-year-old centre back was quick to address the contentious issues surrounding Lampard’s exit and praised him for the job he done at Chelsea. 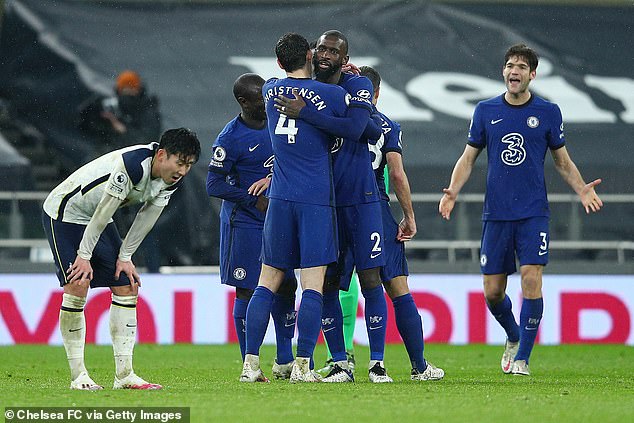 Rudiger has been an ever-present since Tuchel took over, helping win their last three matches

‘There have been so many nonsense rumours around about me since last week. I’ve never talked with the board about the situation of the coach or on any other topics,’ he told The Athletic.

‘Frank Lampard trusted in my abilities after Christmas in a very difficult situation and I was thankful for this. It was also the main reason why I told my representatives not to look for a possible winter move anymore.

‘Unfortunately, it was not meant to be for our team to turn things around for the coach. We always wanted the best for the manager and for the club.

‘He took over the manager position last season when things were very complicated for all of us. But we managed to qualify for the Champions League together with him.

‘He has given so many young players a chance in the first team and they are still doing an amazing job. I’m pretty sure we will see Frank Lampard back again at another club very soon.’

Tags: a, Rudiger, takes, thinly-veiled
You may also like
Latest Posts