Chelsea owner Todd Boehly has shown early signs of ruthlessness in the transfer market as he bids to start his tenure at Stamford Bridge with a flourish. And with the Blues monitoring developments in Manchester United’s pursuit of Barcelona midfielder Frenkie de Jong, Boehly could use two fan favourites to make room for a potential hijack.

United are closing in on Erik ten Hag’s priority transfer target after agreeing a deal worth £56.2million (€65m) plus add-ons with Barcelona. Negotiations are now understood to revolve around the structure of payments and De Jong’s personal terms, and the club will hope he’ll be on the plane for their pre-season tour on July 8.

Barcelona’s eagerness to offload him to raise funds for their own summer signings has made the 25-year-old more open to joining Ten Hag at Old Trafford. However, he wants Champions League football, which the Red Devils are unable to offer next season.

And, according to The Guardian, Chelsea are waiting in the wings, ready to pounce if De Jong’s United switch stalls during talks over his contract. But the report claims a midfield signing could see Boehly and Thomas Tuchel cash in on Jorginho and N’Golo Kante to raise funds and make room.

JUST IN: Tottenham ‘preparing another medical’ as Conte’s staff on overtime 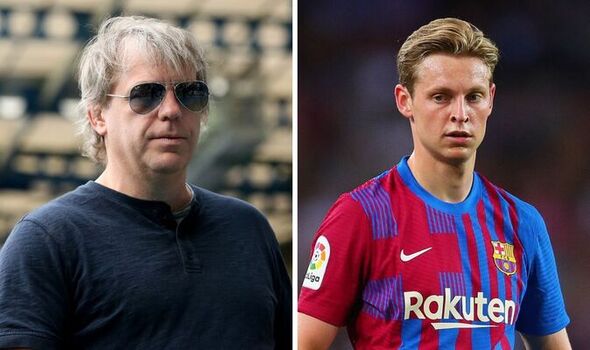 Tuchel is set to include Conor Gallagher in his plans after an impressive season-long loan at Crystal Palace. He joins Jorginho, Kante and Ruben Loftus-Cheek as senior options after Saul Niguez returned to Atletico Madrid following a below-par loan stint.

Jorginho has been touted for a potential return to Serie A, while United have been credited with an interest in Kante. However, Ten Hag’s potential plan to make a move for the France international could be an alternative option if the De Jong crumbles in the latter stages. 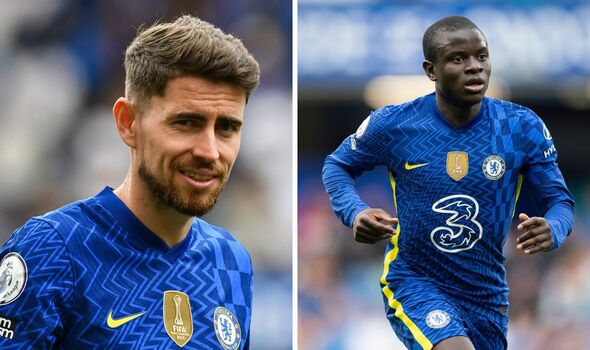 Tuchel is said to admire De Jong, and Chelsea have monitored his career since thriving under Ten Hag at Ajax before completing a £65m move to Barcelona in 2019. And pursuing the Dutchman would prove far less complicated than West Ham United’s Declan Rice, who looks to be priced out of a big transfer for another season.

But there is confidence at United that De Jong will be one of the major additions of Ten Hag’s first transfer window in the Old Trafford hot seat. And the move could be confirmed early next week if talks over his personal terms run out as expected.