Ryan Giggs allegedly exchanged ‘provocative’ and ‘naughty’ messages with his ex Kate Greville while they were both married to other people. The 48-year-old former Wales manager is on trial accused of controlling behaviour towards Ms Greville between 2017 and 2020.

He is also accused of headbutting her during a row at their home in Worsley, Greater Manchester, and elbowing her sister Emma Greville in the jaw in November 2020. Manchester Crown Court heard the pair met in 2013 and first slept together at the end of 2014 while they were both married.

During cross-examination, Ms Greville was shown a series of messages from August 2017 after she sent Giggs a “picture of herself in a crop top and some underpants”. Giggs responded: “Amazing pout too!! X” and “Takes me back to your first abs picture. I was like wow I’m in love”.

Ms Greville replied: “It was so f***ing naughty of me to send you that picture” with Giggs replying: “I know but you knew what you was doing”. She is then said to have messaged: “I knew exactly what I was doing”.

Chris Daw QC, defending Giggs, asked Ms Greville why she had sent Giggs a “provocative picture” of herself while he was married to ex-wife Stacey Cooke. Ms Greville said: “I knew that showing him a picture of myself and my abs in my gym kit, he would like it.” 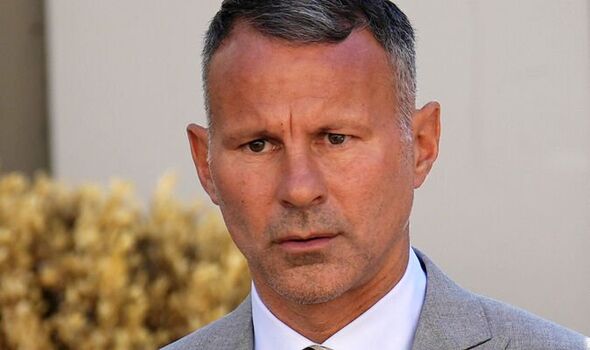 Asked if she thought it would cause Giggs to have “more interest” in her, she said: “I played a part in it. I have never said I didn’t, but he definitely pushed for it and I knew he was interested. Of course I knew what I was doing.

She left her husband two months after sleeping with Giggs, the court heard. Mr Daw also asked Ms Greville if she had put “relentless pressure” on Giggs to leave his wife before the affair leaked in 2016.

Ms Greville said: “Because he kept saying he was going to leave his wife and it wasn’t happening and he kept getting in touch with me.” The defence barrister said Giggs had “struggled in particular” as he shared two children with Stacey and was concerned about the impact on them.

He said the marriage broke down when news of the affair with Ms Greville was leaked to the press in May 2016. Mr Daw also told the court the “real problem” in the pair’s relationship was that “Mr Giggs couldn’t be faithful”.

Ms Greville said: “It was part of the problem, yes. It wasn’t the main problem. It was part of the situation. It created issues, it wasn’t the whole problem.” The witness was also taken through evidence she gave yesterday about Giggs assaulting her on several occasions during their relationship.

During a holiday in Dubai, she alleged Giggs grabbed her by the wrist and threw her outside a hotel room naked with all of her belongings. The defence barrister read a message from Ms Greville to Giggs in which she says: “Ps my sex bruise is coming along nicely too!!”

She also told a friend it had been caused by rough sex, the court heard. Asked about this, Ms Greville said: “Because I was embarrassed and I didn’t want to admit it.”

Mr Daw said: “The idea of it being a sex bruise is just a ruse you made up is ridiculous, isn’t it? The truth is from time to time you did get bruises from sex.” 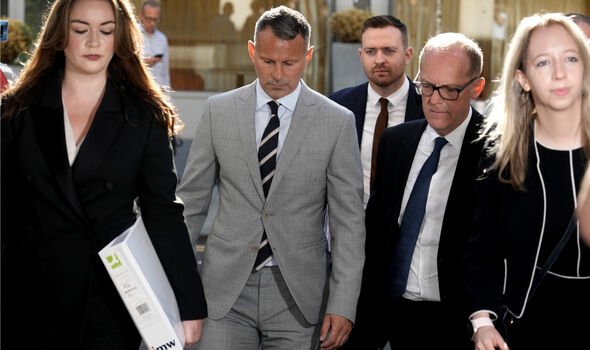 Ms Greville said: “Not that I recall.” Mr Daw also told the court Giggs was “scared” of hurting Ms Greville in sex.

Jurors saw another message in which Ms Greville said she wants Giggs “rough”, adding: “I just want it to shock and surprise me” to which Giggs replies: “It’s a fine line”.

“We will just have to have some fun finding that line then”, Ms Greville replied. Giggs also sent a picture of handcuffs and a paddle to Ms Greville, to which she replied: “They’re amazing… Oh my God this is brilliant.”