Wrexham owners Ryan Reynolds and Rob McElhenney were embarrassingly caught out by the offside rule in their side’s 1-0 defeat against Bromley in the FA Trophy final on Sunday.

The acting duo bought the National League club in November 2020, and were in attendance at Wembley, hoping to see Wrexham pick up some silverware.

They were joined by their families, as well as David Beckham and Will Ferrell. 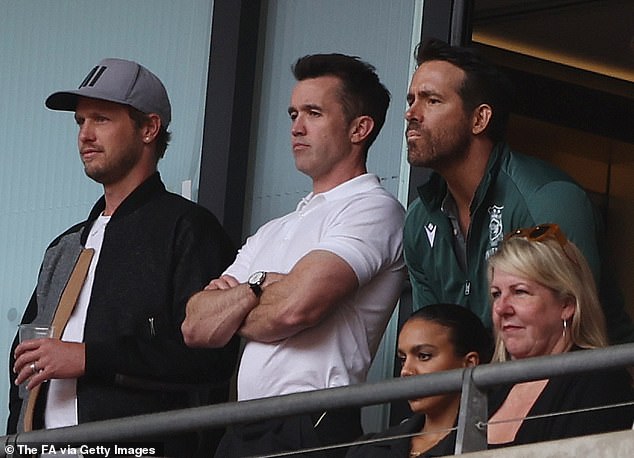 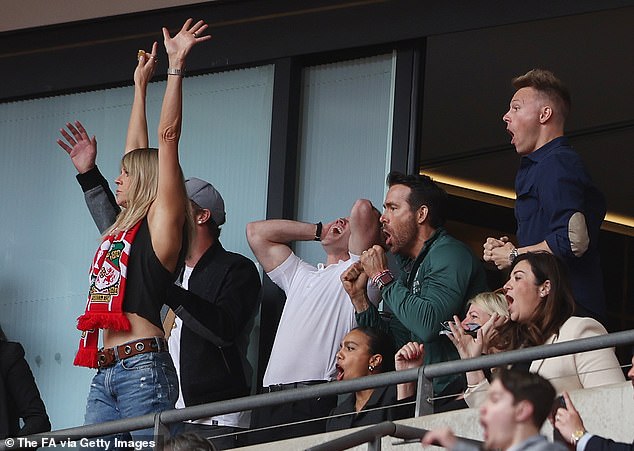 They celebrated Wrexham’s late equaliser, but it was ruled out for offside

Michael Cheek put Bromley ahead in the 64th minute, leaving Wrexham with an uphill task on their hands.

Heading into added time, Wrexham were still behind, but they created one final chance, with substitute Jake Hyde heading home from close range.

The goal sparked wild celebrations in the Wrexham end, but the fans quickly realised that the offside flag had gone up.

However, Reynolds and McElhenney appeared oblivious to what was going on as they continued to congratulate and hug each other in their private box. 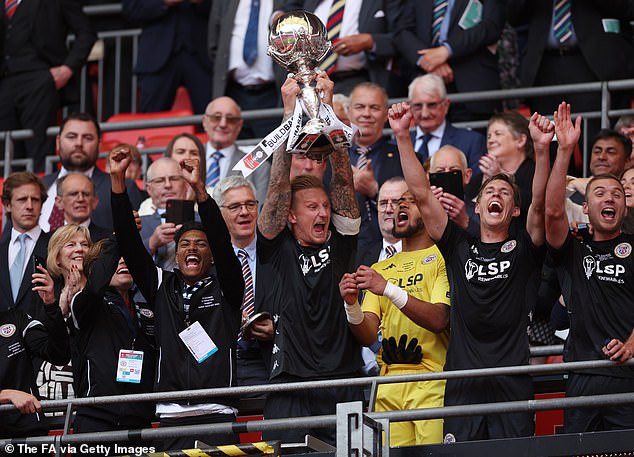 Bromley went on to win the final, much to the disappointment of Reynolds and McElhenney

The pair eventually stopped celebrating, yet appeared puzzled as to why the goal had been ruled out.

Moments later, the final whistle blew, with Bromley clinging on to seal a 1-0 victory.

Reynolds and McElhenney were left to consider what might have been, but Wrexham’s season is not over yet.

The Welsh side have made the National League play-offs, and will be in semi-final action on Saturday, May 28.