Salernitana had to reform after going BANKRUPT in 2005… but the club – who had big stars like Gattuso back in the day – have sealed their return to Serie A for first time since 1999 and will be hoping to usher in a new era, even if Lotito has to sell up!

Following some very turbulent years in which they went into bankruptcy, Salernitana have proved that there is certainly light at the end of the tunnel.

The current squad etched their name into the club’s history books after they sealed promotion to Serie A for the first time since the 1998-99 season, having beaten Pescara 3-0 on the final day of the campaign on Monday.

But it has come at a price as current owner Claudio Lotito has been given 30 days to sell up or they face the threat of not being able to play in Serie A next term. 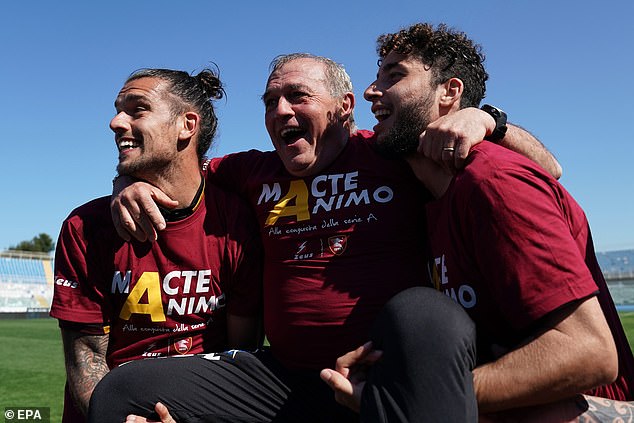 The Salernitana squad celebrate with head coach, Fabrizio Castori (C), after their promotion 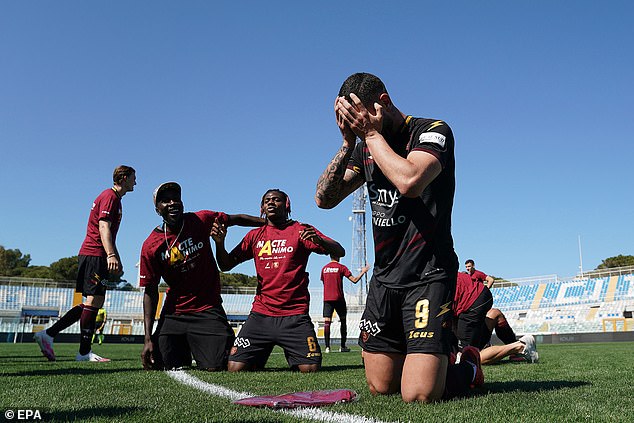 That was the warning given by Gabriele Gravina, the president of the Italian Football Association.

With president Lotito also controlling Lazio, he must try and find new hands for Salernitana as he cannot own two teams in the same division.

So the success proved bittersweet for Lotito, but the news offers a new dawn for Salernitana under different ownership as they look to make a name for themselves in Serie A.

Having secured their return to the big time in Italy, there were wild celebrations in Salerno where the club are based, a coastal city in the south east of Naples.

Ecstatic supporters took to the streets to party following their side’s promotion, with flares and flags in abundance as they made the most of a truly special day in the club’s history.

The view is that with the right stewardship with Lotito’s presence in huge doubt, Salernitana could become a Serie A staple. But they know the journey will be tough, just like it has been up to this point. 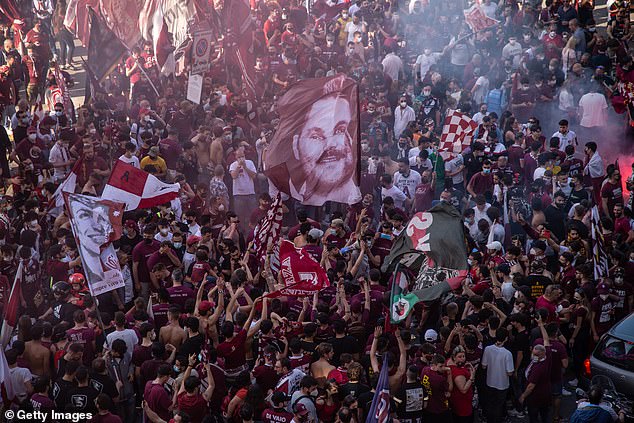 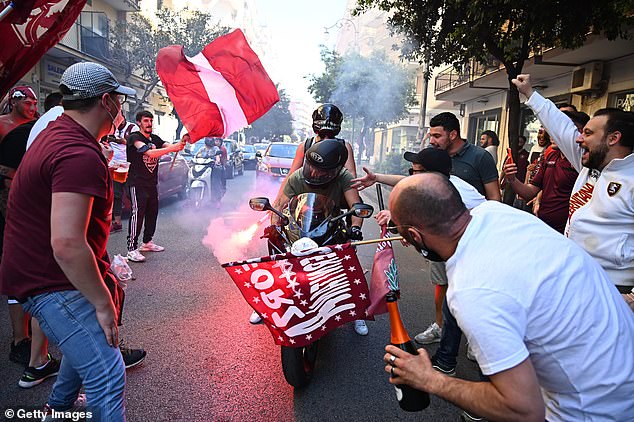 Salernitana have been in Italy’s top-flight twice, first in 1947-48 but their assault on Serie A ended in immediate relegation.

They were back among Italy’s elite during the 1998-99 season but again they were consigned to relegation.

That campaign will live long in the memory of Salernitana supporters and the squad at the time.

The side were backed fervently by their supporters throughout the campaign, averaging almost 32,000 at their home matches throughout the season while 10,000 fans travelled to Rome on the opening day of the season.

The campaign never really got going and they were in a relegation dogfight throughout, but they did take some memorable scalps along the way – including home victories over Italian juggernauts Juventus, Inter and Roma.

Salernitana had the likes of Italy legend Gennaro Gattuso and Rigobert Song in their ranks during that time but when that season ended, the club’s star names left for AC Milan and Liverpool respectively. 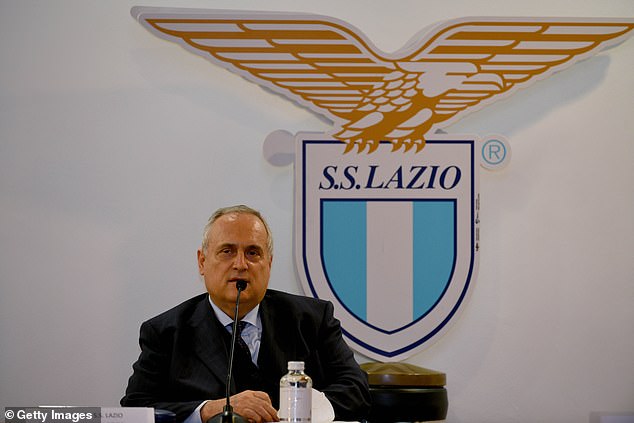 Claudio Lotito, who owns Lazio too, has been given 30 days to sell up at Salernitana

So there is a long and proud history at the club but there have been some very dark days too.

Tragedy followed for the club on the final day of the 1998-99 season, which marked their relegation to Serie B.

On the way home from their make or break encounter against Piacenza, a carriage of a train carrying over 1,000 Salernitana fans caught fire in a tunnel.

And six years later, despite their high point of reaching Serie A, the club were declared bankrupt in 2005. 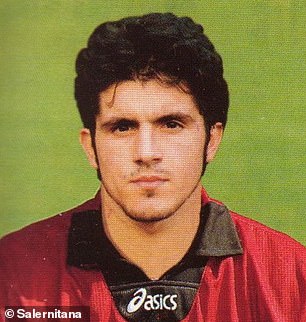 Despite finishing mid-table that season, Salernitana found themselves out of professional football amid the crisis off the pitch. Left with no way out, the club was forced to start over again.

The club were reformed in 2005 under a consortium that included Lazio owner Lotito and they had a change in name from Salernitana Sport to Salernitana Calcio 1919.

Six years later in 2011 and the club were bought out by the current ownership and rebuilt from Serie D under Lotito following further turbulence.

During the 2009-10 season, the club were relegated to Lega Pro following a six-point deduction for match fixing, before they were eventually excluded from Italian football.

And under Lotito’s ownership, the club would climb up the Italian pyramid efficiently again, winning Serie D, Lega Pro Seconda, and Serie C titles along the way, and returned to Serie B in the 2014-2015 season.

The club struggled to get anywhere in Serie B following their return but now following an incredible season, in which they have surpassed all expectations, they are ready to be heard again.

Salernitana finished runners-up in Serie B behind Empoli, amassing 69 points from 38 matches with a league best 19 wins.

Celebrations were wild among fans following their promotion and they will be desperate to continue the party in Serie A, with or without Lotito in charge.

Tags: I, looking, Salernitana, to, usher
You may also like
Latest Posts