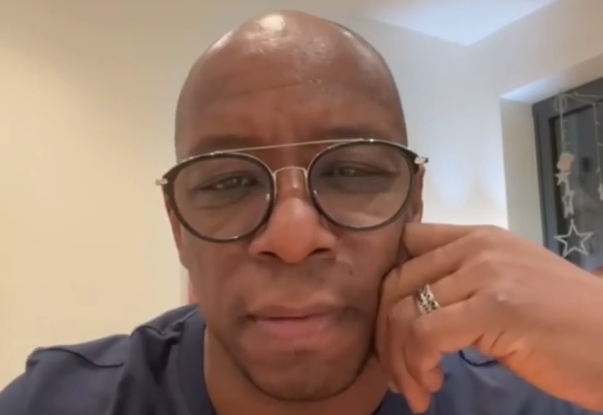 Samuel Eto’o has thanked Ian Wright for his passionate defence of the Africa Cup of Nations after the Arsenal legend branded much of the pre-tournament coverage as being ‘tinged with racism’.

The 24-team tournament is scheduled to begin on January 9 and will, as ever, showcase the talent of some of world football’s greatest players.

Premier League powerhouses Liverpool and Arsenal will be well represented with Mohamed Salah, Sadio Mane and Pierre-Emerick Aubameyang all set to turn out for their countries.

Wright, now a pundit for the BBC, said that coverage of the tournament and the issue of player release during the European season, is in marked contrast to how Euro 2020 was treated.

‘Is there ever a tournament more disrespected than the Africa Cup of Nations,’ Wright said on Instagram.

‘There is no greater honour than representing your country. The coverage is completely tinged with racism.

‘We played our Euros across 10 countries in the middle of a pandemic and there’s no issue at all. But Cameroon, a single country hosting a tournament, is a problem.

‘There are players getting asked if they will be honouring the call-ups to their national teams. Imagine if that was an England player representing the Three Lions. Can you imagine the furore?’

Wright added that he objected to players being asked whether they intend to play for their countries, as was the case with Ajax and Ivory Coast striker Sebastien Haller earlier this week.

He added: ‘You are getting journalists asking players … players getting asked if they will be honouring the call-ups to their national teams. Imagine if that was an English player representing the Three Lions. Can you imagine the furore?’

Wright’s passionate message was noted by Samuel Eto’o, arguably the best African footballer of all-time, and now the current president of the Cameroon Football Association.

He wrote on Twitter: ‘Respect Ian Wright! There’s no greater honour for a sportsperson than representing your country.

‘The Africa Cup of Nations is a celebration of African pride, and next week’s AFCON will once more prove the undeniable greatness of African Players.’