‘I cannot get the players to understand the importance of moving the ball quickly’: Maurizio Sarri launches extraordinary attack on his Juventus team after slumping to Lyon defeat

Maurizio Sarri launched into a bizarre outburst at the expense of his Juventus side, following their abject 1-0 defeat to Lyon in the Champions League last 16 first-leg.

Sarri was left aghast on the touchline as the game largely passed the reigning Italian champions by, with Juve failing to register a single shot on target.

As the final whistle blew, Sarri did not simmer down and was immediately upfront with his verdict on the performance. 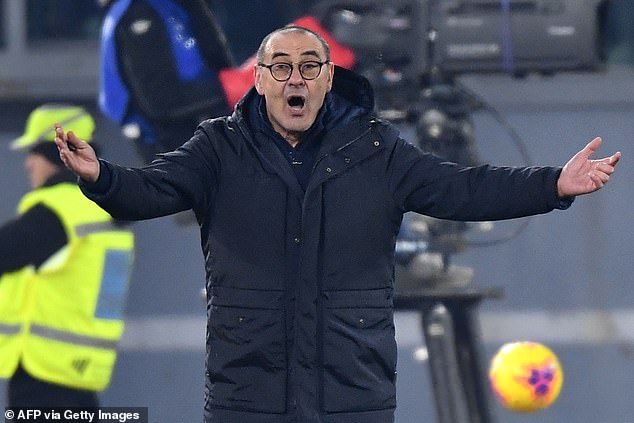 Speaking to Sky Sport Italia, an irate Sarri said: ‘I cannot get the players to understand the importance of moving the ball quickly.’

‘It’s difficult to explain why, but our first half moved the ball too slowly, with no movement, so naturally the opposition were going to press, win the ball back and even score.’

When asked what was missing from the match, Sarri had no issue with making clear his side were lacking on multiple fronts. 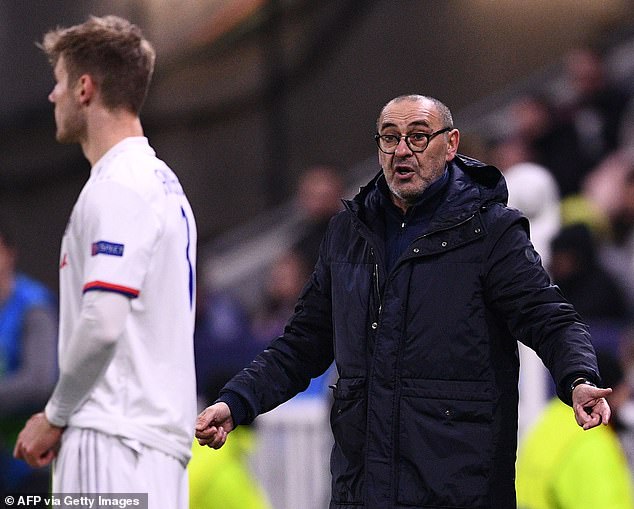 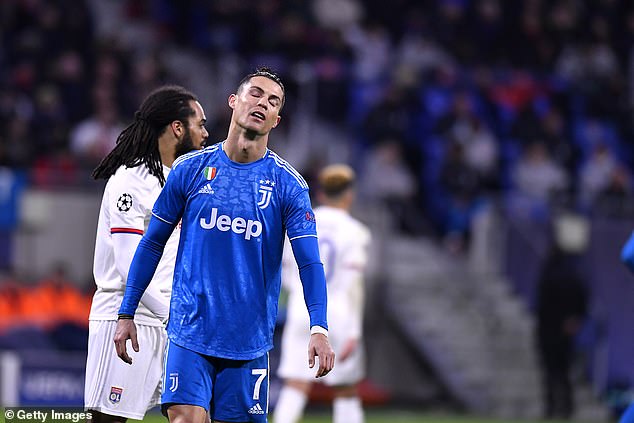 ‘We lacked determination and aggression when attacking, and for 15 minutes lacked it defensively too,’ the Italian added. ‘We were unlucky to concede when De Ligt was off injured.’

‘The second half was better, but frankly it’s not enough for a Champions League match. I don’t know why, I cannot get the players to understand the importance of moving the ball quickly.

‘This is fundamental, we’ll keep working on it and sooner or later this concept will get into their heads.

‘I continued to tell them, and there were many who were doing it, moving the ball too slowly and therefore getting into the wrong positions.’

Juve must now host Lyon in the second-leg at the Allianz Stadium, knowing they must score at least once without reply in order to take the clash to extra time.

In domestic matters, the Old Lady still sit atop the pile, though just by a solitary point after 25 matches played.

Lazio remain a point behind in second, while rivals Inter Milan are four points behind in third though have a game-in-hand to play.

Pressure has been cranked up on Sarri as a result, with the club under threat of failing to retain the Serie A title for the ninth successive season.

Tags: a, extraordinary, launches, Sarri
You may also like
Latest Posts