Sassuolo 1-1 Roma: England hopeful Tammy Abraham comes off the bench to score ahead of Gareth Southgate’s World Cup squad announcement, but Jose Mourinho’s side are pegged back late on to leave themselves outside Serie A top four

Tammy Abraham sent a final reminder of his quality to England boss Gareth Southgate ahead of naming his World Cup squad by scoring in Roma’s 1-1 draw against Sassuolo on Wednesday.

With Southgate set to name the 26 players he will take to Qatar on Thursday, Abraham was left out of the Roma starting line-up by Jose Mourinho after scoring just two league goals this season. In his absence, Roma struggled to make a breakthrough in a first half with few clear-cut opportunities.

Abraham was eventually summoned from the bench with just under 25 minutes to play, and made his mark on the game as he headed home Gianluca Mancini’s cross 10 minutes from time. Roma were pegged back five minutes later, though, as Andrea Pinamonti poked home from close range to rescue a point for Sassuolo, leaving Mourinho’s men a point outside the top four. 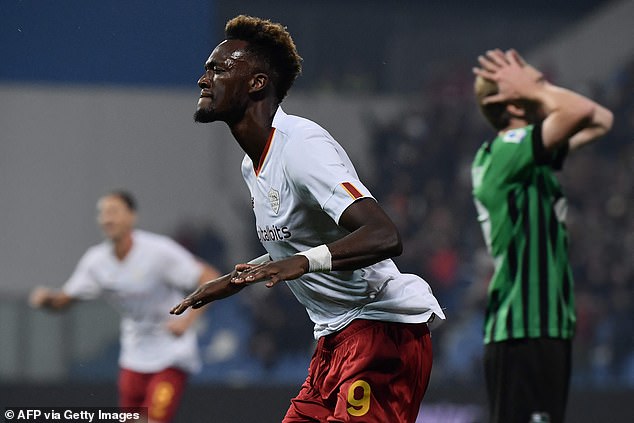