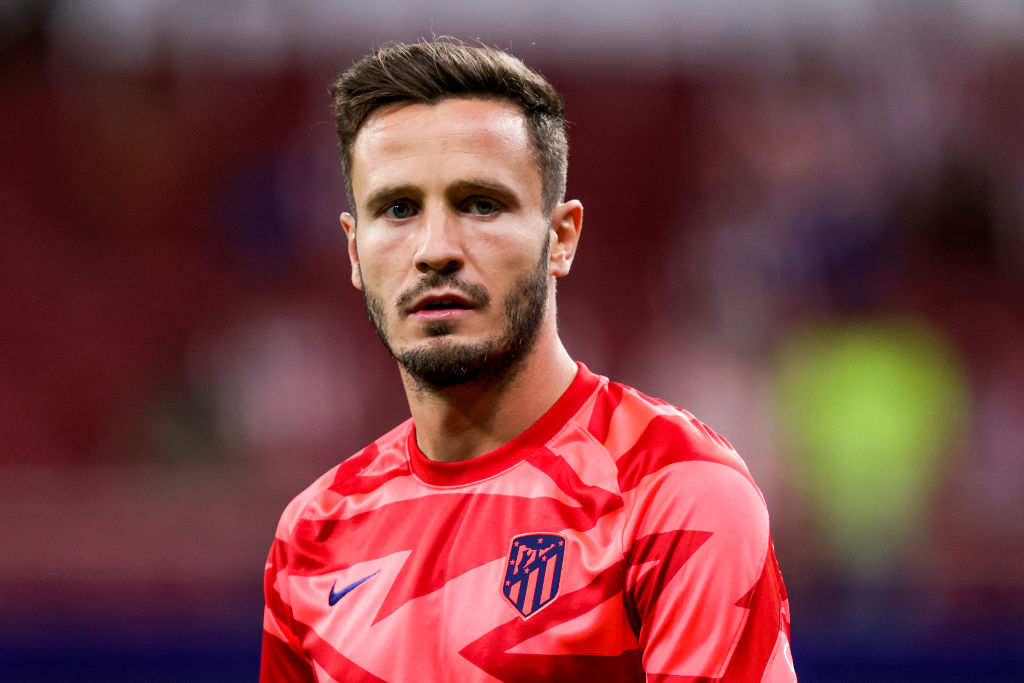 Saul Niguez says he will wear the no17 shirt for Chelsea this season, insisting that squad number reminds him of his best days at Atletico Madrid.

Chelsea completed the signing of the Spain international on deadline day, joining on a season-long loan deal with the option to buy next summer.

The 26-year-old played a bit-part role in Atletico’s La Liga title success last season and is hoping for a fresh start at Stamford Bridge where he plans to regain a starting place in midfield.

Saul wore the no8 shirt for the last four seasons in Madrid but revealed in an interview on Twitch that he will wear no17 at Chelsea, as he did during the 2014-15 and 2015-16 seasons under Diego Simeone.

‘When I played with Atlético happily, I did it with 17,’ Saul said.

‘They gave me the opportunity to play with this number and I hope it brings me a lot of happiness.’

Speaking on his decision to leave Atletico, Saul explained the desire to play in his favoured midfield role played a key role.

Following conversations with Simeone, the Spaniard was told opportunities to do that this season would be limited, paving the way for his exit.

‘I spoke with Simeone,’ Saul said.

‘I have been playing in different positions for three seasons.

‘I owe everything to Diego and he must be selfish and think of the group.

‘I saw myself stuck in a position that was not mine. Chelsea’s option was to get out of the comfort zone, a challenge. I asked Simeone and Miguel Angel to train in my position.

‘I understand that he refused and from there they decided this. I’ve been here since I was 13 and it’s very hard.

‘I want to take up other movements and positions that I did not perform from the other position. It is the most important reason for my decision.’